I can count on both hands, with fingers to spare, the number of audio components that have redefined some aspect of the listening experience. I’m not talking about products that incrementally improve an element of the sonic presentation, but those that have caused me to reevaluate what’s possible in music reproduction. Products in that category include the Mark Levinson No.30 digital processor (in its day—1991) for showing that the CD format held far more information than had previously been revealed; the Avalon loudspeakers (Radian HC and Eidolon) for their astonishing soundstaging; the Vendetta Research phono preamp for its jet-black background, wide dynamics, and massive resolution; and the Audio Research Reference 600 power amplifiers with their stunningly gorgeous and lifelike rendering of timbre.

To that select list I can now add the $45,000 Wilson MAXX Series 2 loudspeaker. The aspect of music reproduction that the MAXX redefines, in my experience, is the bottom end, where it combines huge bass power and dynamics with ultra-precise control, coherence, and resolution. More than any other loudspeaker I’ve heard, the MAXX integrates the bass into the musical fabric, both dynamically and tonally, in a way that makes me forget I’m listening to a mechanical reproduction of music rather than to music itself. In addition, the MAXX resolves inner detail and nuances in the bottom end in a way that changes the listening experience with some kinds of music. The audiophile lexicon of superior bass performance—tight, articulate, weighty, deep—simply doesn’t begin to describe the MAXX experience. Rather, this new MAXX renders a wholesale elevation of bass quality, requiring a different approach to describing why it’s different from every other loudspeaker I’ve heard.

I spent a good portion of my review of Wilson’s WATT/Puppy 7 loudspeaker (Issue 143) describing how that product maintains its dynamic coherence across the audio spectrum. That is, the bottom end didn’t “lag” behind the rest of the music on transients. Specifically, I wrote “The system seemed to speak with one voice dynamically rather than change its character with the instrumentation or the register. Some loudspeakers with superb transient fidelity in the midband cannot maintain dynamic contrast in the bass. As a result, the sonic fabric appears, distractingly, to be stitched together from separate materials rather than from a single bolt of cloth.” Surprisingly, the MAXX not only has this same rare quality, but takes it several steps beyond the WP7 by backing up the transient speed with massive dynamic impact, the ability to extend effortlessly into the realm of pipe-organ pedal notes, and even greater resolution of bass detail.

By contrast, the bass from other loudspeakers seemed slightly disconnected from the music, like a weight being dragged behind the rest of the spectrum. This description goes beyond the big, bloomy, and slow character of an underdamped loudspeaker—it’s more subtle sonically yet musically important. The effect had not been that noticeable until I’d heard its absence in the WP7. Once I’d lived with a loudspeaker that greatly reduced this form of distortion, I was hesitant to go back.

Which is why I at first declined to review the MAXX Series 2. I had become accustomed to the WP7’s freedom from from The Planets [JVC XRCD]—was particularly well served by the MAXX. 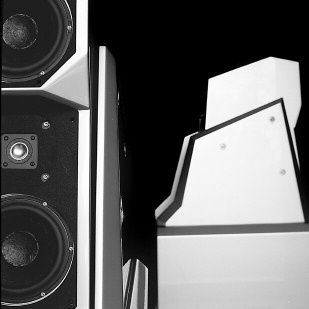 The second example is the MAXX’s reproduction of bass guitar and kick drum, which, with great musicians, work together to anchor the rhythm and create that propulsive, visceral involvement. Any alteration of the music’s dynamic structure in the bottom end is manifested as a lessening of the feeling of the bassist and drummer “locking in,” and thus the sense of physical involvement in the music. Listen to the spectacularly recorded guitar power-trio album Suspension by the Travis Larson Band [The Orchard]. You can hear the kick drum’s dynamic envelope line up with the bass’ leading-edge transients in a wonderful synergy that must be heard to be appreciated. The bottom end has a center-of-the-earth solidity that serves as the tonal and rhythmic anchor for the music. Moreover, the MAXX resolves the micro-detail that conveys the information that the bass’ sound is made by a vibrating string. Add to this the kick drum’s ultra-fast slam, equally fast decay, and seemingly unlimited extension and dynamics, and you’ve got the makings of an addictive experience. The MAXX will maintain these qualities at any listening level, with no congestion, smearing, or lessening of dynamic impact.

The MAXX’s bass quantity would be meaningless if accompanied by boom, thickness, or coloration that constantly called attention to the loudspeaker. During passages with little bass energy, there was no hint the MAXX contained two huge woofers. I also heard no port chuffing, port colorations, cabinet resonances, or other artifacts that would have marred the bass performance.

I was surprised that the MAXX’s bass didn’t overload my listening room, which is smaller (14.5′ x 21′ x 9′) than most environments in which the MAXX is likely to be used. I was also surprised by the final placement (by Wilson’s Peter McGrath, who voiced the system in my room with his spectacular original recordings) just 11.5″ from the sidewalls and 18″ from the rear wall (measured to the closest speaker surface)—practically in the corners.

My beginning this review with a focus on the MAXX’s performance below 200Hz should in no way be interpreted as an indication that the MAXX is a onetrick pony. The MAXX is a fully realized design in every way, and builds on the foundation of its extraordinary bottom end. Resolution of midband detail, for example, was the best I’ve heard from a dynamic loudspeaker. The MAXX was adept at conveying the micro-detail of instrumental textures without sounding etched or analytical, a quality that gave timbres a palpable realism. 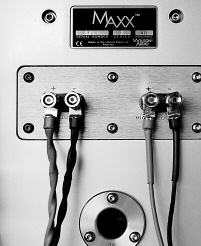 In addition to correctly reproducing the weight of orchestral music, the MAXX conveyed a sense of the physical size of the orchestra. Every loudspeaker’s great challenge is to reproduce a 60’- wide “instrument” as well as, for example, solo acoustic guitar, both with the same realism of scale. It’s not hard for big loudspeakers to sound big, but the problem is often that they make everything sound big, bloating solo voices and small instruments, and destroying a sense of intimacy with small-scale music. The MAXX, more than any other loudspeaker I’ve heard, has the ability to present a wide range of music with the appropriate scale. The direct-to-disc Michael Newman, Classical Guitarist [Sheffield Lab] can sound uncannily like a guitar in your listening room when reproduced with the correct scale (and at the appropriately low volume). The MAXX’s size melted away on this recording, leaving a compact image dead center between the loudspeakers and surrounded by a halo of air and the warm acoustic. 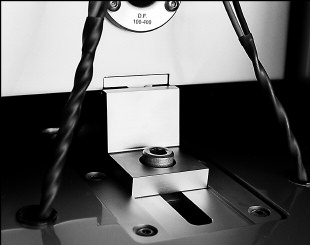 The MAXX’s ultra-high-resolution extended into its reproduction of spatial cues. The recording with the most realistic and gorgeous soundstaging is Rutter’s Requiem, recorded by Keith Johnson on the Reference Recordings label. Played back on the Linn CD12 (with HDCD decoding) through the MAXX, the overall sense of space, the layering of depth, and the spatial resolution of instruments and sections was staggering. I would play a movement for visitors with the lights out and the reaction was always the same—stunned silence for several minutes.

The MAXX Series 2 produced the best sound I’ve had in my listening room over the past 16 years as a fulltime reviewer. Once you hear the newfound resolution of bass detail, the stunning transient fidelity, and the unique combination of finesse and power of which this loudspeaker is capable, there is simply no going back.

But world-class bass reproduction is just the foundation of the MAXX’s performance. This loudspeaker has a top-tobottom coherence, tonally and dynamically, that makes it disappear into the music. The midband resolution sets a new standard in dynamic loudspeakers, in my experience. And the MAXX’s correct reproduction of the recording’s spatial characteristics—image size and focus, soundstage depth, the ability to resolve the bloom around instrumental outlines—was simply sensational.

Finally, I must mention the MAXX’s absolutely impeccable build and finish quality. These are works of industrial art, not just in the overall design, but in the details that contribute to a visually stunning and flawlessly executed package. 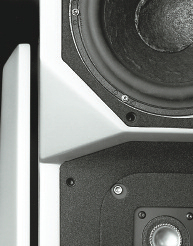