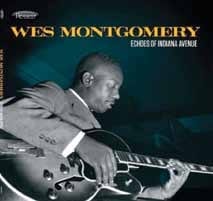 The historical interest that always attends the release of previously unheard recordings by a major artist is enhanced in cases where that artist had a relatively short career, and given that the man most jazz guitar fans consider the greatest of them all died just ten years after leading his first date, many will want this document simply because it exists. The recordings date from 1957-58, and include two live sessions and what seems to have been a demo. Sidemen include Montgomery’s brothers Monk and Buddy, and long- time associate Mel Rhyne. The icing on the cake is the beautiful packaging; both the CD and especially the gorgeous, 200- gram LP versions look and sound great (given the limitations of the original recordings), and the notes are extensive and informative. But the big news is that the music itself exceeds expectations. The duo with organist Rhyne on “Round Midnight” is stunning, and, while live tracks like “Straight, No Chaser” and “A Train” are somewhat lo-fi, they are decidedly hi-octane. The finale is a great capper, whereon Wes decides to get down, a la T-Bone Walker, much to the crowd’s delight. A strong early candidate for the “rediscovered” jazz record of the year.

Acoustic fingerstyle guitarist and TAS contributor Duck Baker has for […]