Sometimes the most powerful audio memories are formed when you least expect them to be. I had one such experience about a decade ago, when I visited Tom Unger’s venerable store, Gifted Listener Audio, in Virginia near Dulles airport.

I drove there with my father-in-law who was keen to demo a pair of Magnepan 1.7 loudspeakers, which he ended up purchasing. But before we listened to them we paused at the front room of the store, where a pair of Vienna Acoustic Mahler loudspeakers was playing. A small crowd was listening to the Mahlers. I made bold, as they used to say in the old days, to pop in a CD of jazz organist Jimmy Smith’s extremely dynamic album Root Down. Within a split second, I was riveted by the deep, prodigious bass as well as the control and musicality of the Mahlers. Ever since I’ve had something of a soft spot for Vienna Acoustics, which explains why I jumped at the chance to audition the company’s new loudspeaker in its Imperial Series.

Since the advent of the Mahler, much has changed technologically, and those changes are reflected in chief designer Peter Gansterer’s latest brainchild, the Liszt loudspeaker. The Liszt represents an attempt to trickle-down many of the features from Vienna Acoustics’ top-drawer Klimt line. For a start, the $15,000-per-pair Liszt features the company’s flat-spider-cone coincident system. The cones are all made in Austria and the tweeter is proprietary to Vienna Acoustics. “The shape of a cone has anomalies that we can eliminate by going flat,” says importer Kevin Wolff. 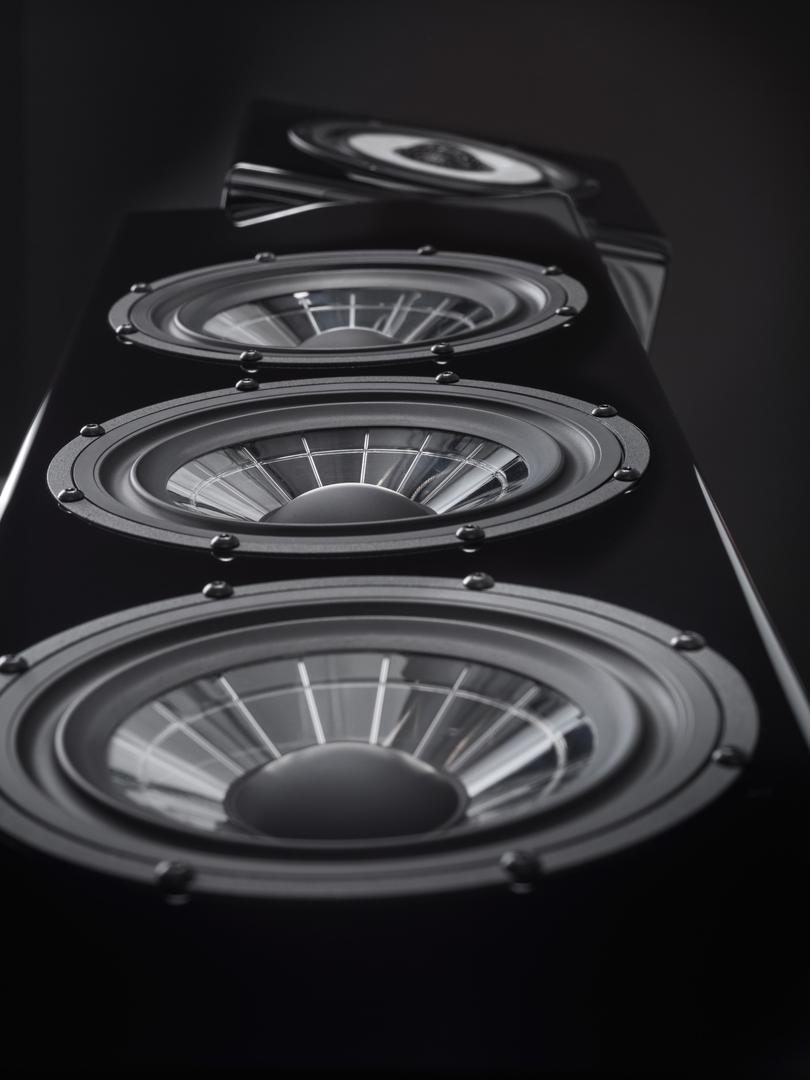 The dual-cavity-vented bass drivers operate below 200Hz and are housed in their own separate cabinet, while the coincident driver housed in the upper module can be angled horizontally— but not vertically—for time alignment and optimal coupling to various rooms. Mathematically the cabinet was designed for seven internal braces, but in listening to the speaker Gansterer manipulated where they were placed for optimal tuning. As Gansterer’s aim is to keep the crossover components to a minimum, he employs a modified first-order crossover with parts tolerance at one-percent or less to help ensure a seamless and uncolored sound.

As anyone who has been to Vienna, or has even a nodding familiarity with classical music, knows, the stakes for a company based in Vienna and laying claim to hallowed names like Mahler and Liszt are very high indeed. Music, you could even say, is encoded in the imperial city’s DNA. It’s not uncommon to see Viennese bring musical scores to concerts. Music also plays a central role in fin de siècle novels such as Arthur Schnitzler’s The Road Into the Open, whose protagonist Georg von Wergenthin is a musician and composer. Even the fine restaurant Beethoven liked to frequent—Zum schwarzen Kameel—remains open for business today. In short, for Vienna Acoustics to fail to measure up would constitute a gross impertinence.

It is thus a pleasure to be able to report that with the Liszt, Vienna Acoustics has more than met the test. The U.S. importer Kevin Wolff installed them, pronounced himself satisfied, and I tweaked them a little bit after he left to further optimize their sound. Though it has a relatively small footprint, the Liszt produces a wide and deep soundstage. The frequency balance is excellent with the transition from bass cabinet to upper module sounding quite seamless. But the hallmark of the loudspeaker is its sonic purity. Lithe, taut, and nimble, it displays great tonal fidelity and dynamic alacrity. 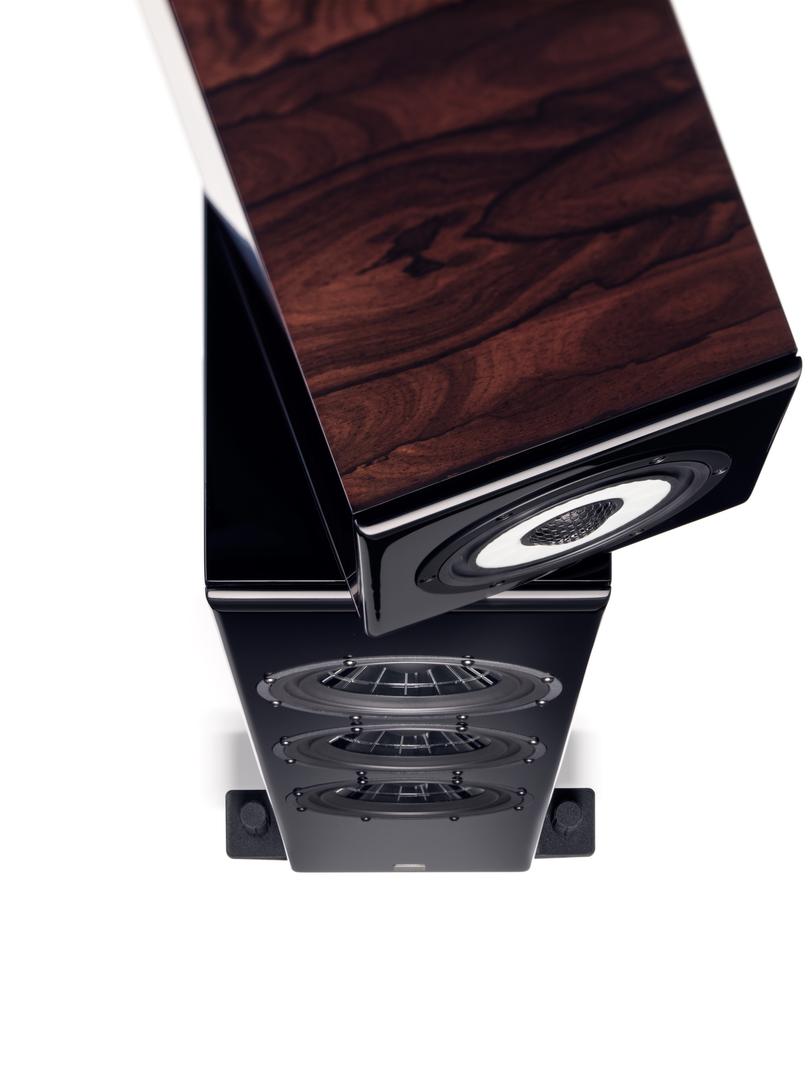 Most of my listening was done with the excellent Octave MRE 220 amplifiers which are outfitted with the KT-120 tube and produce up to 220 watts into a 4-ohm load, more than ample for either the Vienna Acoustics or my own Wilson XLFs. The Liszt and the Octaves, which are made in Germany, seemed to mate really well—a new joint venture between Austria and Germany. The Octaves have excellent image, transparency, and a slightly forgiving sound. In listening to the Liszts, it only seemed fitting to begin with Mozart. Some of my favorite new CDs are appearing on Harmonia Mundi with the Dutch fortepiano-playing phenom Kristian Bezuidenhout, who steadily records Mozart’s keyboard music for the label. The detail he wrings out of the sonatas makes his recordings something of a revelation. It was quite an absorbing experience to listen to the Liszt capture the nuances of his playing. The sense of black space and decay endowed the music with a great sense of realism. It almost seemed as though you could see the fortepiano’s hammer striking the string and the felt damper stopping the string from vibrating. When a loudspeaker reaches this level of fidelity it feels as though you can sense the movements of Bezuidenhout himself.

Something similar occurred in listening to another rising star, the Austrian baritone Florian Boesch, whose work I also cannot commend highly enough. The Liszt did a remarkable job of capturing Boesch’s haunting performance of Schubert’s song cycle Winterreise. It wasn’t simply a matter of capturing the details. It was that the presentation of the most minute micro-dynamics on both voice and piano conveyed a larger sense of the sonic tapestry. To hear Boesch’s voice move in a split second from a hushed whisper to roaring (without any sense of dynamic compression) “There will be my beloved’s house” on the song “Torrent” is simply chilling. What the Liszt is able to capture, in other words, is the flow of the music. It draws you into the music so fully that the electronic character of reproduction is banished. Instead, you are drawn into the emotional moment. Time becomes suspended almost as though you were in a concert hall.

For all its control and grip, then, the Liszt does not suffocate music, as some loudspeakers do. Rather, it is distinctive for what it does not do, which is to say that the lack of bass overhang is a very conspicuous feature. On jazz guitarist Mark Whitfield’s CD True Blue, for example, Rodney Whitaker’s bass presents a challenge for many loudspeakers. I’m not going to tell you that the Liszt plunges into the bass netherworld of the big bad boys from companies such as Wilson, Magico, or Focal. It doesn’t. But the bass it does produce is quite impressive—I imagine it starts rolling off at about 35Hz or so—and is speedy and tight. This helps to explain why the mids and highs sound so pellucid. Bass overhang is bound to muck them up, which, among other things, is why it’s almost always a vexing task to try and match subwoofers to main loudspeakers. 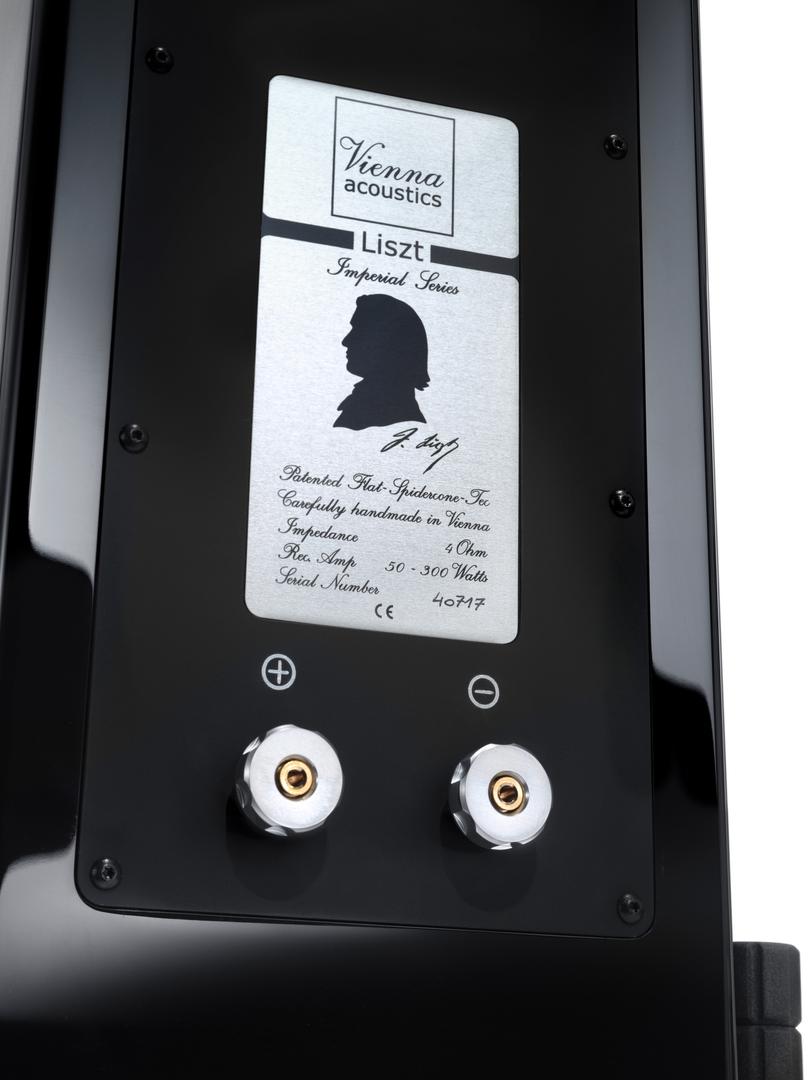 With its focus on detail, the Liszt is an adamantly high-resolution loudspeaker. The soundstage it produces is not forward but it is very vivid. Perhaps this came through most clearly on the CD The World According to Andy Bey [High Note]. On the cut “Never Entered My Mind,” for instance, Bey’s grand voice and rich piano chords suffuse the listening space, with his abundant use of the pedal patently audible. The same attention to detail was apparent on a performance of Elgar’s cello concerto by Jean-Guihen Queyras on the Harmonia Mundi label. Once again, the superb transient and timbral fidelity of the Liszt was apparent. The Liszt was able to evoke not simply the bowing of the cello but its resonating cavity. The emotional plangency of the introduction, as the cello and orchestra surge, came through with real verisimilitude. At such times, it’s hard to believe that a loudspeaker that is as diminutive as the Liszt can produce such an ocean of sound to smoothly sweep you away.

Once again, I don’t mean to imply that the Liszt can best much bigger and more elaborate loudspeakers. The real point is somewhat different. It’s that the Liszt delivers a remarkable quotient of reference-level sound for its price. This loudspeaker is scarcely a budget item, but, at the same time, it’s nowhere near the Rockefeller-like sphere a goodly slice of equipment occupies. So on the overall price-versus-value spectrum, the Liszt deserves to be singled out as a true contender, a revealing and refined loudspeaker that, coupled with excellent front-end equipment, can deliver sensational sound. With the Liszt, Vienna Acoustics has lived up to its heritage. 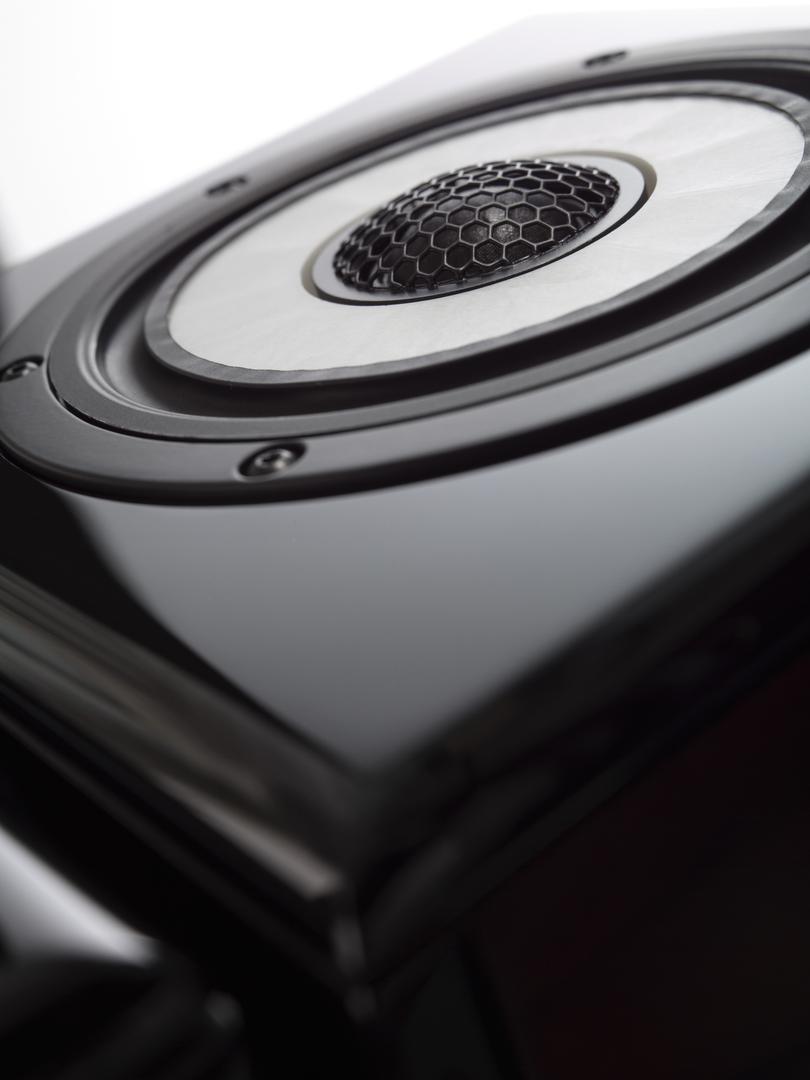 Within the last decade, we’ve seen the emergence of a […]

It was finally the right time. After a multi-year development […]

I have had multiple experiences with setting up and/or listening […]

Most of us have experienced the thrill of hearing a […]