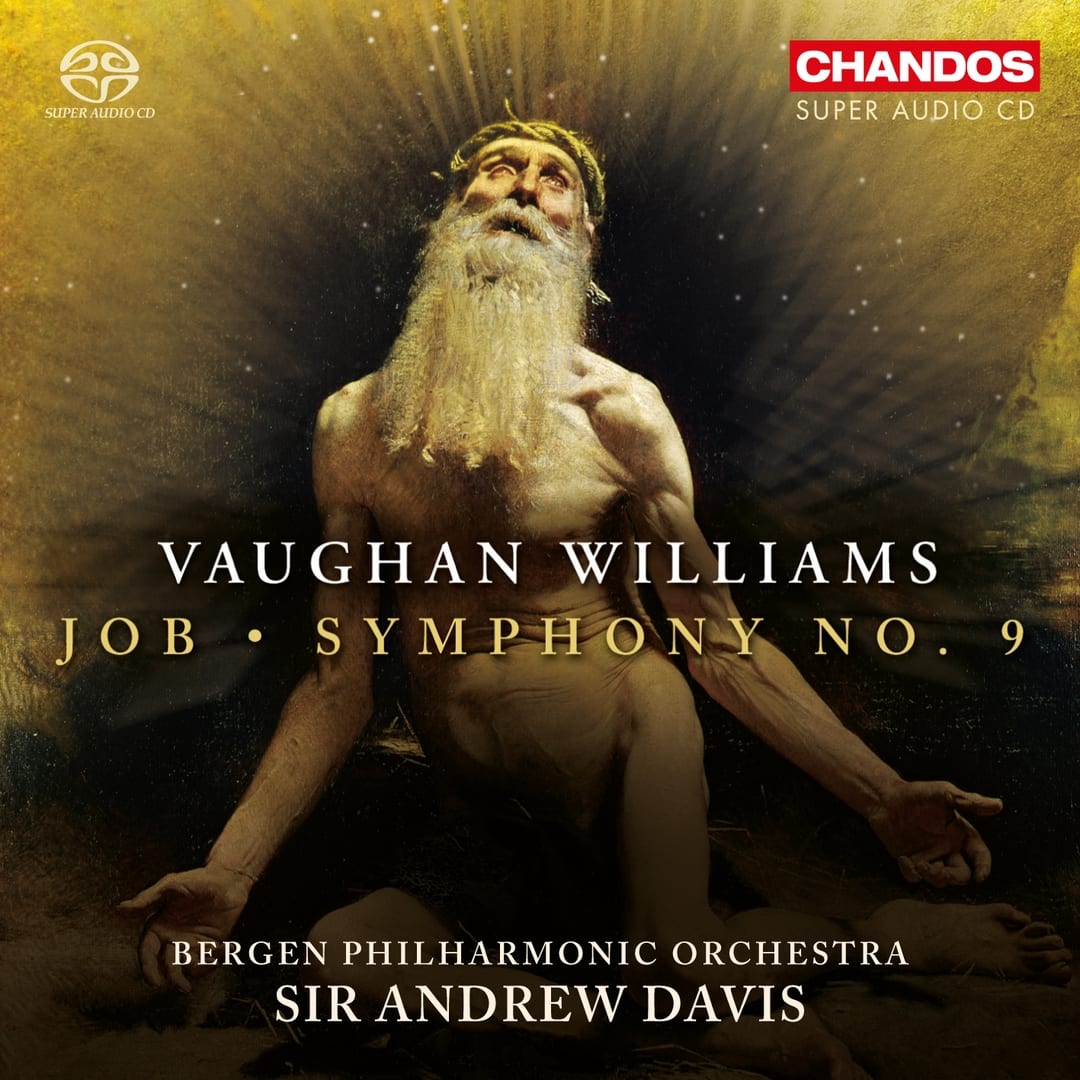 Ralph Vaughan Williams’ Job was inspired by a set of early 19th-century illustrations by William Blake. The composer was developing a distinctively English style of ballet, and the music includes aristocratic dance forms from the Tudor era such as the pavane, galliard, and saraband. But Job is no benign entertainment of nostalgic nationalism. The work is thoroughly modern in its psychological depth and dramatic power, presenting the familiar story of a man whose faith is severely tested. The music is vividly programmatic, as with the monumental climax that comes when the protagonist finally curses God. Andrew Davis fully understands Vaughan Williams’ orchestral idiom and also leads an excellent performance of the composer’s final symphony, a work strongly influenced by Thomas Hardy’s Tess of the d’Urbervilles that, like Job, has drama, but also often a gently lyrical tone. Including a mournful trio of saxophones and a flugelhorn in the ensemble, the composer’s gift for imaginative scoring was intact to the end. The sound is typical for Chandos—slightly distant in perspective yet detailed and dynamic. The brass chorales in Job’s “Saraband of the Sons of God” are tonally resplendent.