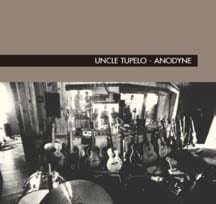 This 1993 album is the swan song of a band at the height of its creative powers, a group of heartland musicians whose seamless blend of rock and country personified the then-nascent Americana music movement. It’s a tight mix of folksy ballads (with fiddle, banjo, and lap steel), jangle-pop, and super-charged guitars, shaped by the sometimes conflicting artistic sentiments of the band’s leaders, Jay Farrar and Jeff Tweedy, who also split vocal duties.

Farrar would later fire up Son Volt, and there’s a lot of that band’s country-grunge sound here, especially in the snarling Neil Young-inflected electric guitar solos on “Chickamauga.” Tweedy, who would form the more experimental Wilco, contributes the homespun tribute to the country publishing powerhouse “Acuff- Rose,” “New Madrid,” and the decidedly Wilco-like “No Sense in Lovin’.” Texas icon Doug Sahm joins the band on a cover of his “Give Me Back My Heart.” And country picker and producer Lloyd Maines provides stellar pedal steel work on three songs, including the haunting title track.

Tweedy, Farrar, and their bandmates recorded just three studio albums in their four years together, and this digitally remastered 180-gram vinyl reissue captures them in all their sonic glory.