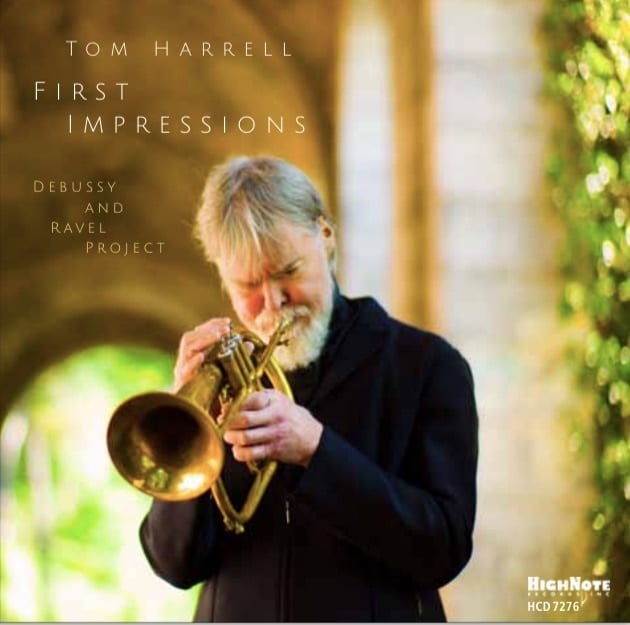 Trumpet and flugelhorn player, bandleader, composer, and arranger Tom Harrell picked up rave reviews for 2014’s Trip, an ambitious, bluesy concept album built around Don Quixote. He returns with a gorgeous album of Third-Stream gems that seamlessly blend the jazz and classical idioms, specifically 19th– and early 20th-century French Impressionism, adding strings and pianist Danny Grissett to the lineup. The material includes two chansons by Maurice Ravel and four by Claude Debussy as well as a pair of Harrell’s own compositions. The opening track, an instrumental interpretation of Ravel’s “Sainte,” sets the tone as Grissett lends a bluesy sound to the minor chords that introduce the song, with Harrell bringing an equally blue mood to the song’s melody. The performance underscores why this album works so well: for the past five decades Harrell has crafted a highly lyrical approach to his playing, and that really comes to fruition here. There are stylistic splashes of Latin jazz and even bebop on the album. But time and again Harrell returns to those haunting melodies, as heard on Debussy’s “Beau Soir” and “Sarabande,” with sparse arrangements that allow the music to breathe and the beauty of these songs to shine through.