Whether power cords represent the most important component in a high-end system, or the least, or even qualify as a component at all is an argument for another day. Controversies aside, power cords are a necessity and, technically, the first piece of gear that the system sees. For this article I listened to mid/upper-priced power cords from three top players in the field. All represent a serious upgrade over stock cords and a significant expenditure to boot. Each in its own way suggests that when the AC flows freely and cleanly, and aggressive isolation technology is used to thwart EMI/RFI, the rest of the chain clearly benefits. Audience, Voodoo Cable, and Dynamic Design each supplied a pair of power cords. Dynamic Design and Voodoo Cable provided products specified for high power and source applications, while Audience opted for identical power cords.

Let me state at the outset that there wasn’t an ounce of dead weight among these entrants. Each presented a solid step up in resolution over stock cords and in some areas were threats to my reference power cords, like the Synergistic Research Hologram A. Ultimately patterns begin to emerge. The three contenders share a fine resolution of dynamic gradients that adds liveliness to the presentation; yet each accents music in unique and subtle ways, not as an EQ switch but by adding its own “body English” to the presentation, particularly in the area of low-level integrity and focus—the micro-aspects of music reproduction with an emphasis on dimensional space and depth information, such as the layering of string players in an orchestra for example. The recordings I used ranged from pop titles like Holly Cole’s Temptation to Reference Recordings of the Rutter Requiem, Elgar’s Enigma Variations, and Vaughan-Williams’ The Wasps, MA Recordings’ Sera Una Noche, especially the track “Nublado,” and the vinyl ORG reissue of Ricki Lee Jones’ Pop Pop, particularly the cut “I’ll be Seeing You.” 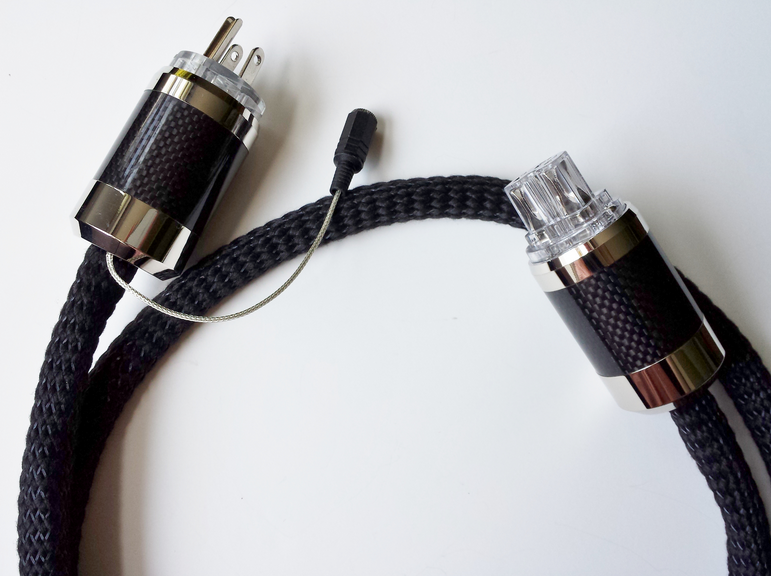 The Lotus and Challenger combo exhibited an openness, a harmonic ease, and lack of tension that effectively permitted them to disappear from the soundspace as convincingly as the reference. Their character is neutral-to-warm. Without losing any speed or attack, solo piano seemed to relax a bit and bloom harmonically. Lotus and Challenger tended to round off the more aggressive elements of string sound in some recordings. During The Wasps overture, they reproduced the brass section in all its airy intensity from the transient bite emanating from the mouthpiece of each trombone to the golden bloom shimmering outward from instrument’s bell. They captured textural information that grounds images to the stage with superior focus and without the disadvantage of added etch or brittleness. It doesn’t take much to smudge the gently brushed snare and the sax and bass lines during “I’ll Be Seeing You,” but the DD cords mastered this challenge with ease. Ricki Lee Jones’ vocal on this track had a slightly darker, richer sound consistent with these cords’ easy-going, open treble. Similarly backgrounds were church-mouse quiet, allowing rich, dense tonal color to emerge from dark velvet silences.

The “Nublado” track from MA Recordings conveyed layers of depth and dimension that bordered on the holographic, providing plenty of elbow room for discrete image elements to breathe—like the snap and trailing resonances of the classical guitar, the buttery bandaleon, and fast percussion stabs from the other accompanists. The DD seemed to offer thicker, heavier bass as well as a nice combination of punch and refinement— impressive but slower as well.

But Lotus and Challenger’s biggest calling cards were the high levels of bloom and reverberant information they conveyed. During Holly Cole’s “Train” the slowly decaying vibrations off the kettle drum that punctuate the end of each verse really shifted the air. There was a sense of drumhead movement and reverberation not altogether present with other cords. (It’s a terrific reference track—especially on LP—that presents a potpourri of percussion details and textures from the ring of a triangle to sandpapery wood blocks, all convincingly rendered with good vocal air and articulation.) During the Rutter Requiem the DD system conjured up a rich and inviting soundspace with powerful low-frequency information. Its ability to reproduce dimensional depth bordered on the exceptional. And again, on this disc I found its character skewing ever so slightly to the darker, wetter side of the tonal spectrum. You can hear it as the pedal points of the pipe organ charge the space with reverberation. Vocally there was a bit more definition between the mezzo-soprano and the ambient environs of the auditorium. The DD system’s low-level resolution allowed me to hear her rolled “r” sound when she pronounced the word “requiem.” Once again Lotus and Challenger demonstrated a bolder, slightly more forward sound that physicalizes images and sculpts their boundaries. 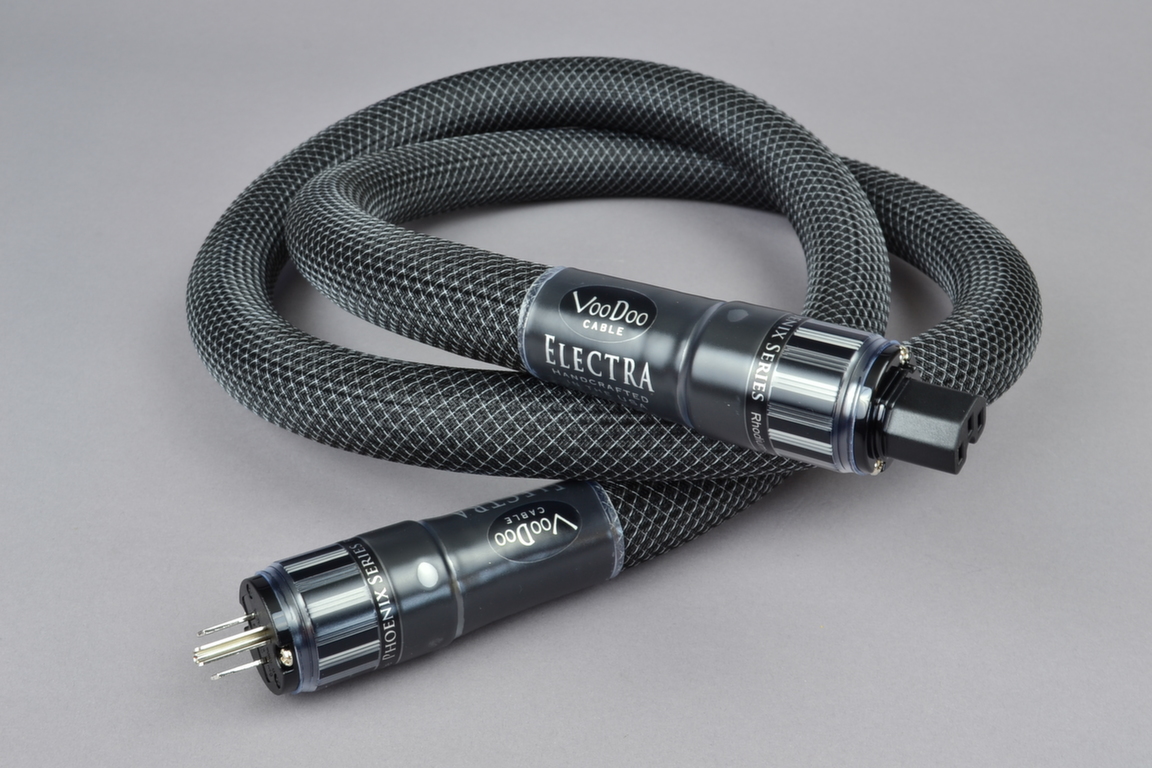 The winding of Black Diamond is an #8 AWG concentric lay of twelve discrete conductors made of solid-core silver, solid-core copper, and stranded silver-plated copper, all hand-threaded and wound in Teflon dielectric. Electra’s winding is similar to the Black Diamond, but with the addition of hand-wound copper and silver Litz conductors in a heavier-gauge Teflon dielectric for lower noise and increased harmonic resolution. Both power cords are shielded with heavy-gauge copper braid and terminated with rhodium-plated tellurium-copper IEC and AC connectors. All the conductive materials and components have been treated in Voodoo’s Cold Fusion cryogenic system—both vapor and deep-immersion cryogenic processes, depending on the part or alloy to be treated. The process is said to structurally align and fuse the molecular bonds of the conductive alloys for significantly less resistance, leading to improved performance.

The Voodoo combo conveys a more midrangy character, with good extension at the frequency extremes, a drier top but with an emphasis on the wider acoustic environment of the venue rather than specific and isolated images. To my ear this is often the way real music sounds. Certainly image definition and focus is very good, just not overly individuated—a trait I noted during the Ricki Lee Jones’ track “I’ll Be Seeing You” where the clarinet, classical guitar, and acoustic bass seemed bathed in a warmer, more diffuse ambient atmosphere. In the case of orchestral music, the musicians assume positions on stage but don’t so much stand apart from the orchestra as become fully integrated within it and the ambient space that surrounds the performers.

Low-level detailing and transient textures were very persuasive. So much so that during the “Nublado” track the Voodoo tandem captured the low-level cymbal cues without smearing the finely grained metallic timbre of the instrument. Plus the delicate bell cues that ring forth at the four-minute mark were startlingly clean and sustained. During Holly Cole’s cover of “I Can See Clearly” the Voodoo pair reproduced the punch and rhythmic pace of the opening bass vamp with assurance, and Cole’s torchy delivery had all the texture and come-hither nuance I’ve come to expect from this track.

In soundstaging, these cords reproduced the lush ambient space and immersive qualities of the Rutter Requiem although, again, they didn’t quite illuminate individual choristers quite as clearly as the reference. As an aside, and in light of its strong performance driving the Parasound JC 3+ phonostage (review this issue), I found the Electra the more musically open and revealing power cord of the two that Voodoo supplied.

Conclusion: Balanced and immersive big-buck performance for half the price of the Big Boys. 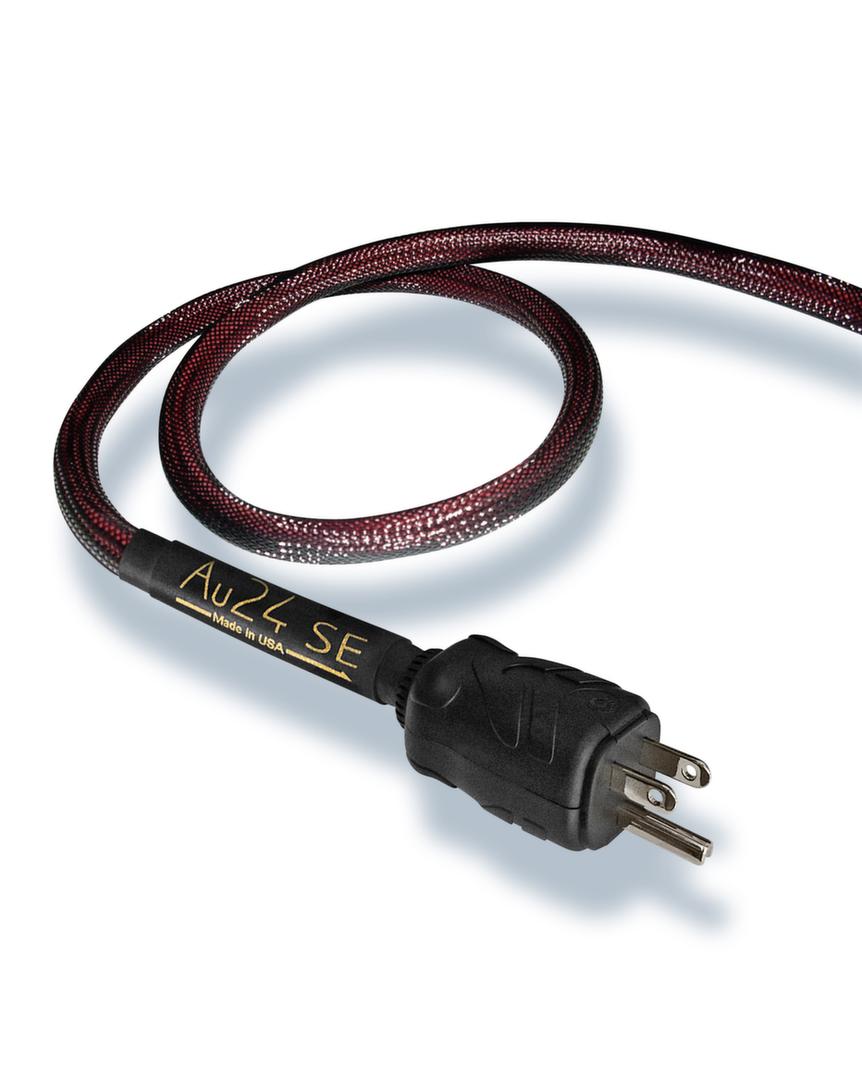 Audience Au24 SE powerChord
The original Audience Au24 power cords have been a part of my reference systems for sometime now, but Audience recently introduced an upgraded SE line that offers improved rhodium-plated copper plugs and IEC connectors, higher-quality metallurgy, lower mass, and improved terminations. The Audience SE is a low DC resistance, low-impedance design that uses multi-strand conductors of high-purity mono-crystal copper. Jacketing is quite flexible, which will be welcome to anyone who has wrestled with the implacably stiff stuff. Note: Existing Audience Au24 cords are upgradable to SE status for $275.

The signature of the Au24 is sophisticated—complex, controlled, detailed, with a neutral-to-cool character. The Audience established the widest, cleanest soundspace, broadening the proscenium to the boundaries of the loudspeakers and inflating the ambience of immersive acoustic recordings like the Elgar and the Rutter with flurries of soft air and top-end extension. Most markedly, Au24 SE has a light, delicate touch, an insider’s touch, that illuminates transient and low-level information like few power cords I’ve encountered. Music seems to emerge from a quieter space and exhibit wider dynamic contrasts. During the intro to the Ricki Lee Jones, for example, the Audience brought out the very articulate and agile acoustic bass and the organic snap and string rattle from the classical guitar. But this higher resolution came at the cost of some of the bloom of the Dynamic Design.

The bandaleon theme during the “Nublado” was the most specifically focused in soundspace of all three contenders, though the Audience also held tight to the reverberant information from the menagerie of other regional instruments. Layering and dynamic contrasts and tonal-color rendering were excellent. During the finale of The Wasps the timbral and harmonic intricacies of the flute line dancing around the accompanying harp motif were riveting in their pastoral beauty and articulation.

The Audience’s portrayal of Rutter’s Lux Aeterna track was impressive in the energy it gathered from the large men’s and women’s chorus and the weight of the pipe organ expanding and contracting in the immense acoustic space. The Audience made it a breeze to picture the soaring height and scale of the auditorium, and the diminished size of the musicians within it. It’s a terrifically balanced power cord. Some cords, the Dynamic Design for one, will nose it out in ultimate bass extension, but not a cord surpasses its pitch precision or its charms when it comes to illuminating dimensional space.