Big Band and Quartet in Concert 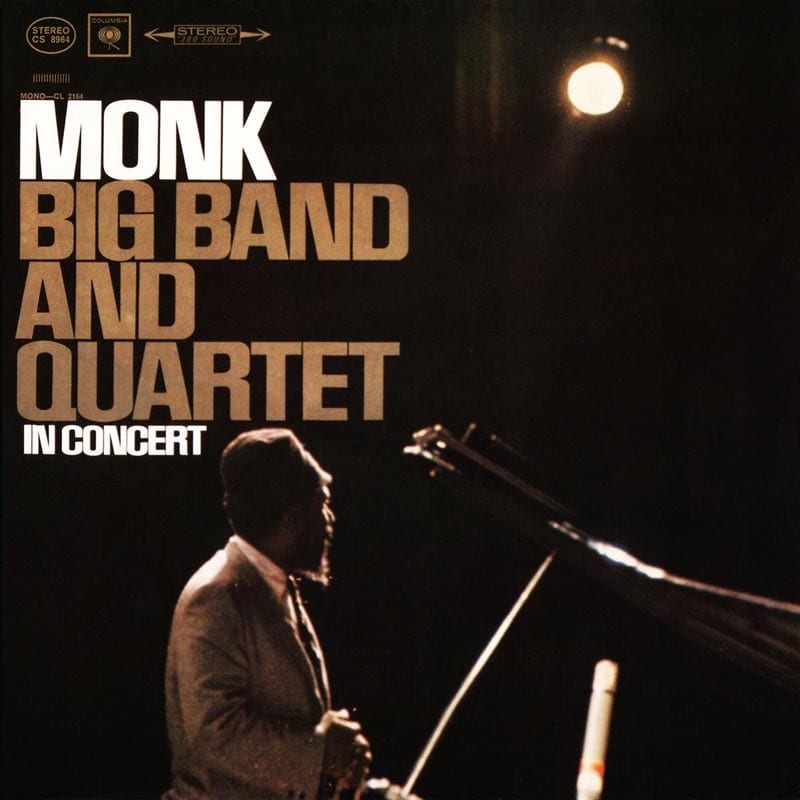 I own a lot of Monk LPs, but this excellent live set had previously eluded me. Recorded in 1963 at New York’s Philharmonic Hall, the concert mixed sets featuring a 10-piece band with one utilizing Monk’s quartet of the day. As he had in Monk’s 1959 Town Hall concert with orchestra, Hall Overton wrote the band arrangements. “I Mean You” begins with an electric jolt of energy before Thad Jones’ fine cornet solo, and the rest of the brass section—featuring Monk anchor Charlie Rouse, Steve Lacy on soprano, and Phil Woods on alto—adds slashing, almost percussive accents to the theme. “Evidence” swings just as hard, and includes fine solos by Rouse (who seems energized by his fellow horn players), Jones, Woods, and Monk. Monk plays unaccompanied on “Darkness on the Delta,” a ballad given a loping stride treatment. The flip side features three more big band numbers, “Oska T.,” “Four in One,” and “Epistrophy,” with the quartet on “Played Twice.” The sound, if not “audiophile,” is plenty good enough: clean and crisp, with a nice weight to the brass and percussion, and a real sense of rhythm and drive. Thank you Speakers Corner for this splendid reissue.