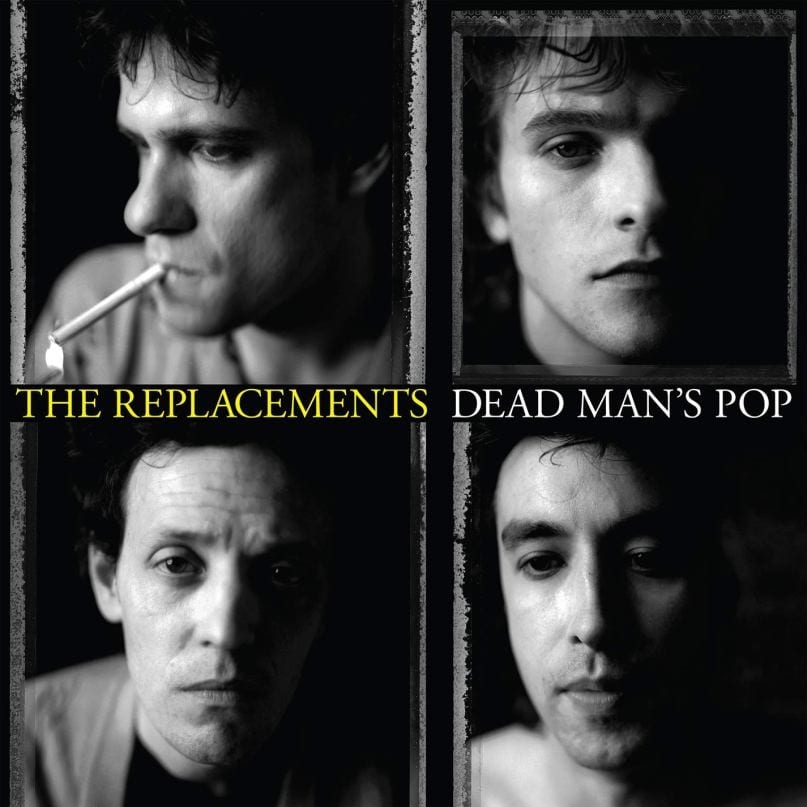 The Replacements had reached a crossroads when they recorded 1989’s Don’t Tell A Soul. With five albums behind them, they were far too good of a band to warrant the modest sales they received even after joining a major label. Their first two Sire releases, 1985’s Tim and 1987’s Pleased to Meet Me, deserved all the critical praise they received, but they didn’t fire up the marketplace. As a result, Don’t Tell A Soul underwent a lot of second-guessing, and Chris Lord-Alge’s late-in-the-game college radio-friendly mix prompted Paul Westerberg to say, “I thought the little things I’d cut in my basement were closer to what I wanted.”

The lingering sense that the finished product failed to do the material justice helped inspire Dead Man’s Pop. Tellingly, the compilation doesn’t include Don’t Tell A Soul even though that’s the record the 4-CD/1-LP collection is hooked around. Instead the set offers highlights from the tumultuous first round of recording; Matt Wallace’s new mix, which bypasses some of the production touches designed to make the Replacements more commercially palatable and resequences the songs; various odds and ends that include some DTAS rejects plus a late-night session with Tom Waits; and a live recording.

And the result? Ultimately Dead Man’s Pop justifies Westerberg’s frustration, revealing the album that was hidden under all the gloss, chorused guitars, gated drums, and other studio tweaking. The final product could have been and should have been better, and it seems safe to assume that when Replacements fans create track-by-track best-of playlists culled from both Dead Man’s Pop and Don’t Tell A Soul, alternate takes will outnumber the original tracks. Sometimes the improvements boil down to “less is more,” but in other cases the alternate studio tracks benefit from added detail. For example, Wallace’s mix brings out more of the guitar interplay between Slim Dunlap and Paul Westerberg, and the banjo fills add a nice touch to the opening track of the Matt Wallace mix, “Talent Show.”

The final evidence that the new material was up to par appears on the live recording that took place a few months after the album was released. The 29 tracks spread over 2 CDs reveal the Replacements in all their ragged glory. The rhythm section of bassist Tommy Stinson and drummer Chris Mars is both supple and versatile, the crunchy guitars of Paul Westerberg and newcomer Bob “Slim” Dunlap combine mayhem and precision, and Westerberg’s raspy voice is ideal for such a raucous performance. Aside from a late-in-the-set meltdown, the Replacements were “on” that evening, and the new material holds up well against classics like “Unsatisfied” and “Waitress in the Sky.”

And like the best studio recordings, the live performances of the songs from DTOS help spotlight what a solid songwriter Westerberg remained as the Replacements neared the finish line. Songcraft was part of it, but he was also an excellent lyricist whose compositions have everything a good short story should contain. You can relate to and sympathize with his characters, and the empathy Westerberg feels for women on songs like “Darlin’ One” and “Achin’ to Be” always registers as sincere. Many listeners loved the first go-round of Don’t Tell A Soul, which became the group’s best-selling album. But now even the skeptics will admit that the ’Mats had something special right up until the end.