When Lori Goldstein strolled onstage at Sony Music Studios in New York City on November 18, 1993, to accompany Nirvana through its videotaped MTV Unplugged session, few could predict the unassuming cellist would spark a revolution. Cellos had been a featured instrument before in popular music—acoustic guitarist Nick Drake had used one more than 20 years earlier on his goth-folk recordings, and Fred Katz had introduced jazz cello in the 1950s—but that grunge-fueled MTV Unplugged appearance served as a delineation, a before and after, marking a time when the cello in popular culture had become de rigueur.

What is it that makes cellists such an adventurous breed? So open to defying decorum? So inclined to experiment? So willing to embrace a partners-in-crime approach to music? And so far reaching? There’s the united front of the 12 Cellists of the Berlin Philharmonic. The frontier spirit of Matt Haimovitz, who blazed a path a decade ago by taking Bach into biker bars. The electronic explorations of Zoe Keating. And the rock-band-cum-mini-string-orchestra aesthetic of the Portland Cello Project, a bold collective of a dozen or so cellists who hail from the Pacific terminus of the Oregon Trail.

Maybe it has something to do with an artistic mindset that comes from holding down the bottom, laying down the groove. For audiences, the appeal may rest in the darker sonorities, the rich tone and textures. One thing is clear: cellists are in the forefront like never before.

Here are 12 cello acts that are pushing the boundaries.

APOCALYPTICA
Chamber groups are not uncommon, but ensembles composed of three or four cellos played by leather-clad thrashers from Finland, well, those you don’t hear every day. Welcome to the heavy-metal cello world of Apocalyptica. The original foursome—Eicca Toppinen, Paavo Lötjönen, Max Lilja, and Antero Manninen—were fellow Sibelius Academy students who met at music camp. Metallica fans all, they began playing cellified renditions of the metal band’s hit songs. Guest vocalists have included Corey Taylor of Slipknot and Gavin Rossdale of Bush. Their latest album, Shadowmaker, is due this summer. Quips Paavo Lötjönen, “Oh, we love to punish our instruments! Most of the time they are full of hair and sweat and rosin—our old teachers definitely wouldn’t be happy!” Recommended: Worlds Collide, a neo-classical metal masterwork.

MAYA BEISER
This Yale graduate and Bang on a Can All-Stars alum’s avant-garde electro-acoustic work has attracted the likes of Steve Reich, who in 2003 wrote “Cello Counterpoint” for her. As a teenager living on an Israeli kibbutz (she was mentored by violinist Isaac Stern), this self-confessed “classical-music geek” was drawn to rock by Janis Joplin’s “fearless attitude.” Goodbye Dvorak. Her 2014 album, Uncovered, found Beiser paying homage to Joplin’s spirited version of George Gershwin’s “Summertime” and included renditions of rock classics by Led Zeppelin, Nirvana, and Pink Floyd, all of which receive Beiser’s multi-tracked cello treatments. Recommended: Almost Human, featuring the writings of Belgian poet Henri Michaux.

ERIC FRIEDLANDER
The Columbia grad emerged from New York City’s downtown avant-jazz scene of the 1980s and 1990s, but Friedlander, 48, performed in orchestras and pit bands before embracing the challenges of improvisational music. His recording credits have ranged from the unaccompanied solo-cello album Block Ice & Propane to the Diaspora-themed composition “50 Gates of Understanding” that celebrates his Jewish heritage. Recommended: Bonebridge, a far-ranging set of nine originals featuring guitarist Doug Wamble.

MATT HAIMOVITZ
He gained notoriety a decade ago by bringing the unaccompanied cello suites of Johann Sebastian Bach to biker bars, saloons, and rock clubs, long before it became fashionable. The Israeli-born wunderkind has founded his own label (Oxingale), dazzled audiences with his cover of Jimi Hendrix’s version of “The Star Spangled Banner,” led an all-cello student ensemble, and championed the contemporary compositions of his wife, Luna Pearl Woolf. This year, Haimovitz released his second album with NPR show host, pianist Christopher O’Riley. Recommended: After Reading Shakespeare, featuring literary compositions from Pulitzer-winning composers Ned Rorem, Paul Moravec, and Lews Spratlan.

ZOE KEATING
This songwriter, loopist, and experimental cellist earned a reputation as the Queen of Social Media, becoming one of the first and most successful musicians to pay the bills through YouTube, Facebook, and Twitter. Keating, who has amassed 1.5 million followers on Twitter, of late has moved into the realm of scoring films and television—you can hear her original work on the new U.S. adaptation of the hit French horror series The Returned. She also can be heard on three of Mark Isham’s recent film scores. Recommended: One Cello X 16, a technically precise collection of multilayered acoustic cello tracks.

YO-YO MA
“As cultures blend, as art forms meld with one another and with science and other disciplines,” the New York Times opined, “all is convergence, and the cellist Yo-Yo Ma is somehow at the center.” He’s arguably the world’s best-known classical musician, a 15-time Grammy winner, a recipient of a recent Kennedy Center Honor. He’s also a trailblazer in the crossover movement, from his own Silk Road Project and collaborations with Alison Krauss to Mark O’Connor’s chamber-Americana work to the bluegrass-inflected band project The Goat Rodeo Sessions. Behind the scenes, though, he’s an unselfish mentor, a role model to hundreds of string players who fall within his sphere. “You need to be an equal and not think of [Beethoven] as a genius,” the cellist told one student at a 2009 L.A. master class, as related by the L.A. Times. “You want to go one-on-one with his imagination.” Recommended: The Goat Rodeo Sessions, featuring Ma, fiddler Stuart Duncan, bassist Edgar Meyer, and mandolinist Chris Thile. 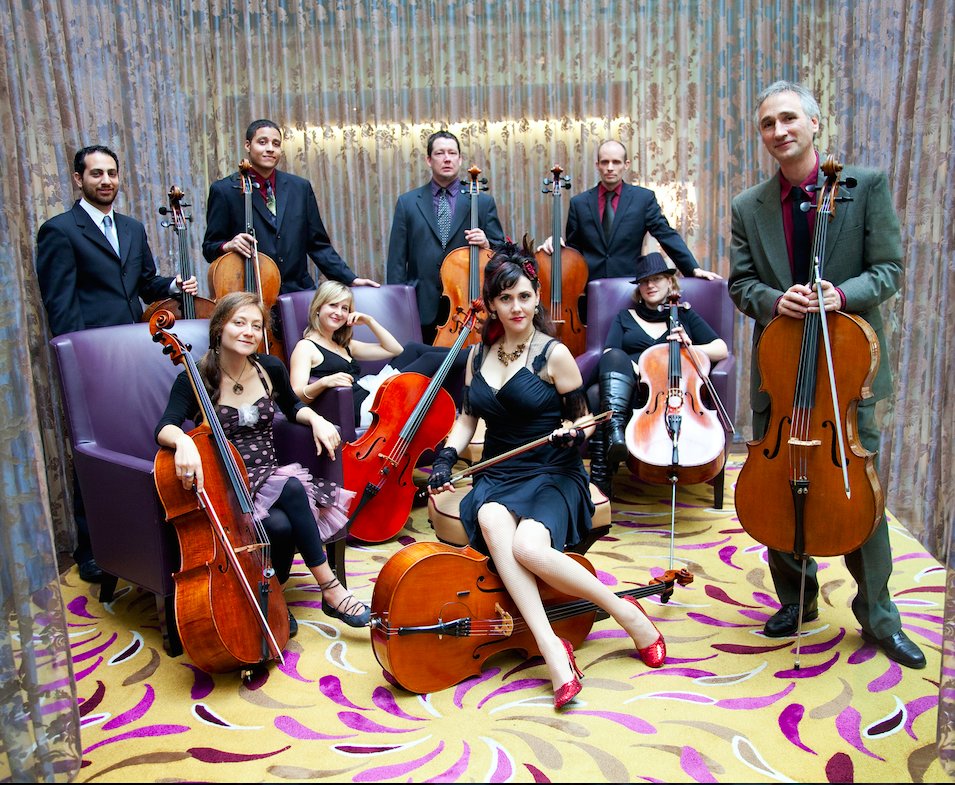 PORTLAND CELLO PROJECT
Their repertoire glides from Bach to Beck to Brubeck. And while the Portland Cello Project may ham it up in concert and share a knowing wink as they dig their bows into the theme song to the Super Mario Bros. video game, these talented young hipsters hold each of these composers in high regard. Sure, Bach may be taken down from his pedestal to be played in a jazz club, but he’s handled with care as this rotating line-up of trailblazing cellists allow his brilliance to shine in places better known for bebop and brews. The arrangements for the most part are dark, dense, and richly textured, and the members of the ensemble complement each other by varying their attack or harmonizing to keep the sound full. Beck. Brubeck. Bach. What’s not to like? Recommended: to e.s., a recent tribute to the late indie-rock songwriter Elliot Smith.

RASPUTINA
Founder Melora Creager’s songs describe burial rites for broken dolls and crushes on stray boys, and her childlike playfulness and dark humor is a hallmark of the music that this alt-cello pioneer makes with Rasputina, a (usually) all-female Goth-rock cello trio. On stage, the Kansas-born musician wears corsets and bloomers. She’s recorded solo, and collaborated with shock-rocker Marilyn Manson, and when Nirvana needed a touring cellist for 1994’s In Utero European tour, the grunge band tapped Creager. Recommended: Thanks for the Ether, Rasputina’s 1996 major-label debut.

BEN SOLEE
Raised on the back porches of Kentucky, this classically trained cellist teamed with the 18-piece Texas-based Baroque orchestra Mother Falcon to reimagine Daft Punk’s hit single “Lose Yourself to Dance.” He has released three critically acclaimed albums, including Dear Companion, a collaboration with guitarist Daniel Martin Moore, to help raise awareness of mountaintop removal. That title was produced by Jim James of My Morning Jacket. His cello arrangements can be heard on James’ Regions of Light and Sounds of God and My Morning Jacket’s Circuital. Recommended: Dear Companion, hailed by the All Music Guide as “a warm, acoustic tribute to the American South.”

MATT TURNER
His sometimes strident improvisational recordings, like those heard on 1997’s The Mouse That Roared and 2005’s Dada Ear Link, can prove challenging to the listener. But then Matt Turner went and released the nostalgic instrumental album Cabin Home, featuring the traditional ballad “Peace Like a River,” the gospel hymn “Precious Lord,” and Paul Simon’s “Bridge Over Troubled Water.” His masterwork, though, is 2008’s The Voices That Are Gone: The Music of Stephen Foster, an evocative collaboration with jazz pianist Bill Carrothers and his wife, the fabulous vocalist Peg Carrothers. It’s one of the best chamber-jazz recordings of the past decade. The depth of Turner’s playing on that album is extraordinary—he has the mark of a great jazz player in the way he probes a song’s structure while crafting interpretations that reveal something new with each repeated listening. Recommended: The Voices That Are Gone: The Music of Stephen Foster.

12 CELLISTS OF THE BERLIN PHILHARMONIC
The sound of a dozen world-class, classically trained cellists caressing the sweet melody of Herman Hupfeld’s movie classic “As Time Goes By” or the passion of Debussy’s “Claire de Lune” or the bluesy jazz of Thelonious Monk’s “’Round Midnight” is irresistible. The 12 Cellists of the Berlin Philharmonic—led by Ludwig Quandt, co-principal cellist of the Berlin Philharmonic since 1993—are a cello section that also performs and records independently of the orchestra. The ensemble transcends the saccharine sound often heard in classical-pop recordings. Recommended: Fleur de Paris. 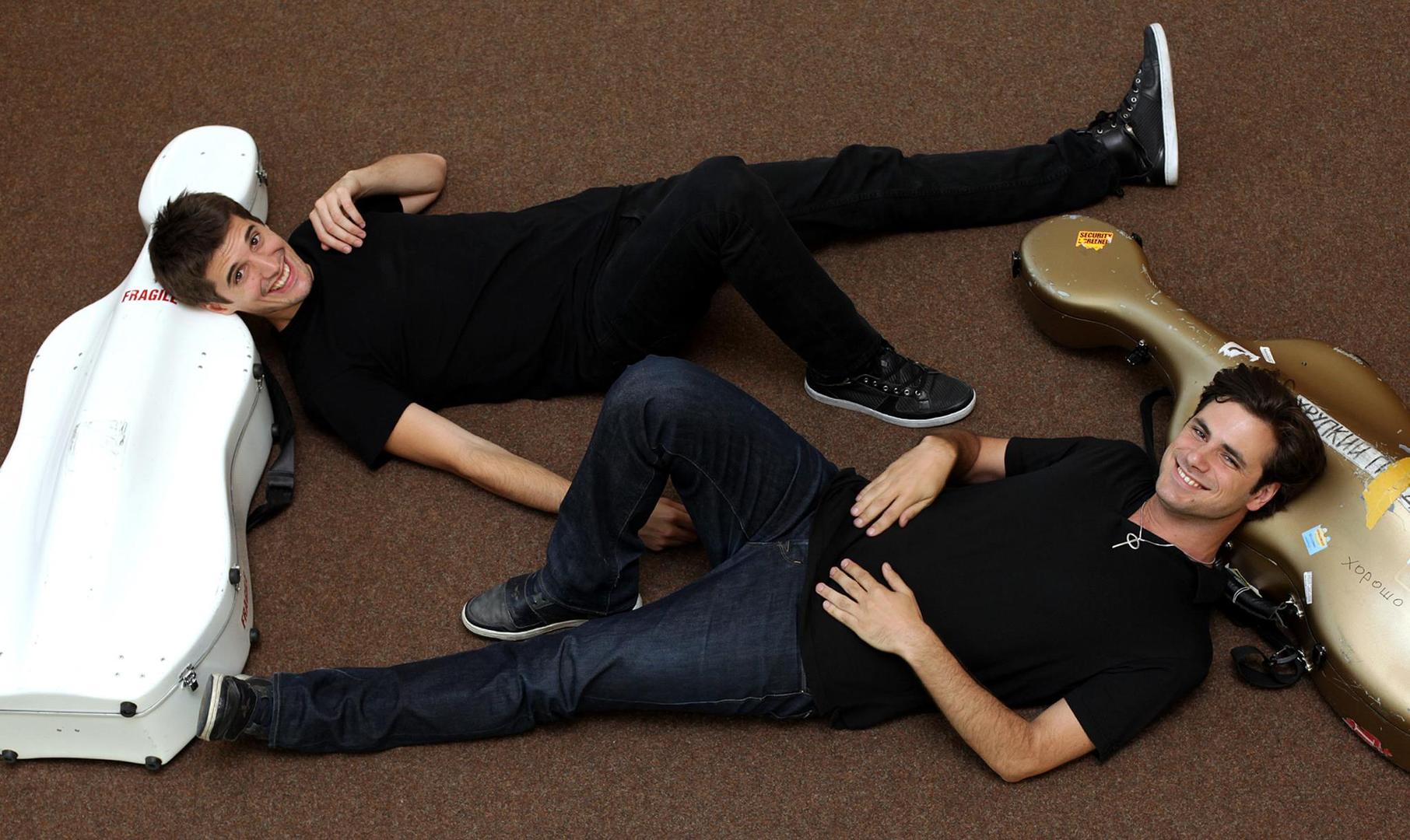