The Best System I’ve Ever Heard in a Studio (or perhaps anywhere!)

Much to my dismay, I have found that most systems in recording studios are sonically underwhelming and do not come close to satisfying demanding audiophiles. I had assumed that the sound in a mastering studio would produce similar results, so imagine my surprise when I visited one of the studios of Paul Stubblebine Mastering and Michael Romanowski Mastering and was treated to perhaps the best system I’ve heard anywhere. Paul and Michael use this room for The Tape Project mastering, and it undoubtedly is a major factor in their ability to produce such incredible-sounding tapes. To cut right to the chase, the system I heard in this studio comes as close to the sound of a live performance (or more correctly, the sound of the master tape) as perhaps any I have heard.

(Editor’s Note: Except for the stock shot below, my apologies for the fuzzy images from the camera that I borrowed. However, the imaging from the system was of reference quality!)

The playback chain in the mastering studio during my visit consisted of an Ampex 1” tape transport playing The Tape Project working masters, fed into some custom EAR electronics designed by Tim de Paravicini routed by a Manley Backbone into a Grace Design m904 master volume control. From there the signal went into ultra-modified Meyer parametric filter sets to the prodigious VTL Siegfried Reference Monoblocks, connected by Siltech Emperor Crown speaker cables to the majestic Focal Grande Utopia EM loudspeakers. MIT interconnects and power centers were also used quite effectively.

One of the keys to the great sound was that Bob Hodas, working in conjunction with Paul and Michael, effectively took the room out of the equation. He said, “”We settled on a basic room size and then on several occasions throughout the construction process measured the room to determine what acoustic treatments would be required and where the speakers wanted to be placed.” Bob contends that for any given room there is really one “best” spot for the speakers and listener. The goal was to create a room that was controlled but still produced an open and natural feeling. Without getting into too many specifics of his secret sauce, Bob used a combination of absorption and diffusion on the walls to pick off some first order reflections, while maintaining the room energy and hung some bass traps in the ceiling that according to Bob, “work in a broadband fashion.” He employed a Meyer SIM3 analyzer to examine the impulse response of the speakers and then the room’s reflection patterns. Phase and frequency response were studied in 1/48th octave resolution, and final adjustments were done with some highly modified Meyer parametric filters. Bob says that using this method, facilitated by the flexibility of the Focal Grand Utopia EM modules, he could fine tune the system to exactly what Paul and Michael wanted in order to hear the detail and linearity needed for their mastering work.

Not surprisingly the best spot for the listener is at the monitoring console, which is one-third of the way out from the rear wall. The large Focal Grande Utopia EM speakers are fairly close to the opposite wall (no Pearson Rule of Thirds here) and my first thought was, “This can’t work, with such large speakers so close to the back wall.” Boy was I mistaken, as the sound was just breathtaking. Listening to The Tape Project’s Arnold Overtures, the system produced sound that was “effortless” with wall-to-wall soundstaging and very precise, yet natural, focus. Massed strings were delicately articulated with space around the performers and the sections of the orchestra. Here’s a system that had tremendous low-end extension, but where everything was very well controlled with amazing top-to-bottom balance and neutrality. 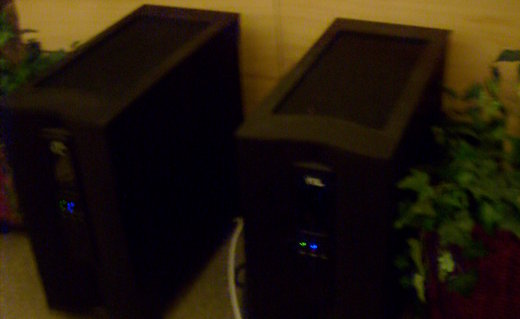 Driven by the superb VTL Siegfried Reference Monoblocks, it felt like the system had unlimited dynamics without any compression, at times making it seem like the percussionists were in the room. The highs were beautiful and articulate, allowing the overtones to bloom and decay wonderfully, which helped produce an uncannily realistic and mesmerizing sound. There was a natural, relaxed flow to the presentation, as in a live concert, and it was so engaging that it sucked me in. No other combination of source, system, and room in my experience has created the illusion that I was sitting in the audience at the symphony better than this one. Admittedly, you don’t feel the pressure of low frequency waves against your breastbone like you do in the live event, but this system moves a lot of air. 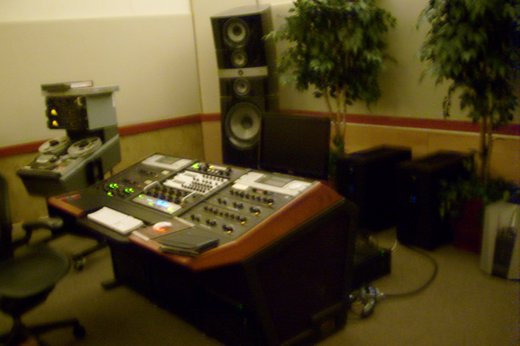 Besides the Arnold, I also listened to a couple of other Tape Project wonders: Nojima Plays Liszt and Jimmy Smith’s The Sermon, and yes, I wish I had all three of these in my tape collection! The piano on the Liszt was extremely well-focused and also sized properly, with a realistic balance of dynamic explosiveness and delicacy. You could literally hear the sound coming off the raised lid of the piano, as well as other subtle details that I hadn’t heard on my LP of the same recording, like Nojima’s fingernails hitting the ivories in certain passages. The Sermon is aptly titled, as Jimmy Smith does a lot of convincing preachin’ via his Hammond B-3, an instrument that I’ve never heard reproduced more accurately on any audio system. Indeed, the naturalness and realism of the entire ensemble had me thinking I was listening to a live event more than once—from the air behind the brass, the spit behind the reed of the sax, or the splash of the cymbals.

Lastly, I heard Patricia Barber’s Modern Cool (not on The Tape Project label). This audiophile staple never sounded better with an immediacy that was stunning. The electric bass was extremely powerful and extended, but also well-controlled and articulate. As with each of these tapes, the sound was open and natural, had stunning transparency, and the music rode on a cushion of air. I was amazed at the very low noise floor and the lack of dynamic compression. 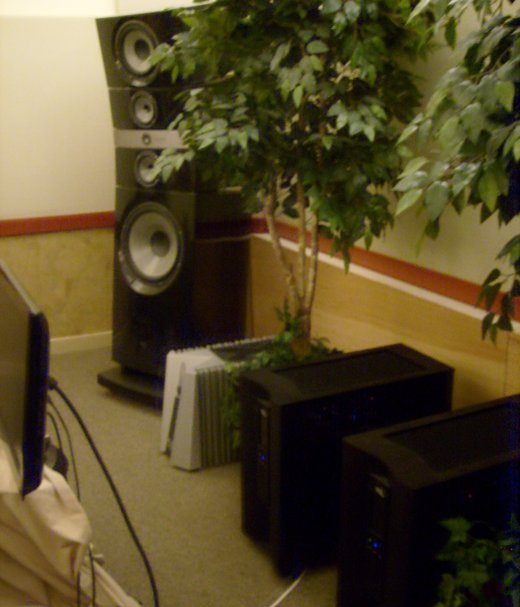 While this system costs a mint, it demonstrates how close one can get to the sound of a live performance (or the sound of the master tape) with great source material, a formidable playback chain, and a room that doesn’t choke the life out of the music, yet gets out of the way. I found myself leaving with a newfound respect for all the source and system elements, particularly the Focal Grande Utopia EMs and the VTL Siegfrieds, and what Bob, Paul, and Michael have achieved with the room acoustics.

Listening to this system was awe-inspiring, but it was also just plain inspiring—it got me excited about how far we can go with our own home systems. For example, while the 1” reel-to-reel and custom E.A.R. combo raises the bar significantly, you can get surprisingly close to capturing many of their remarkable sonic attributes with a first-rate quarter-inch deck, such as the marvelous United Home Audio UHA-HQ Phase Six with its upgraded electronics. When playing Tape Project tapes (among others) through this retro tape-based front-end, my own home system has never sounded better. In fact, the UHA tape playback system will be the subject of an upcoming review I’m preparing for The Absolute Sound, so that I’ll hold my comments for now and share them with you when the review comes out later this year.