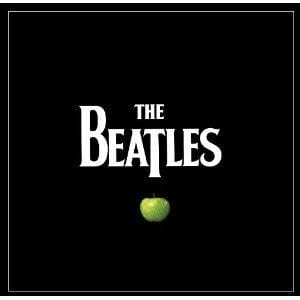 The quest for the best Beatles vinyl has pushed audiophiles into online bidding wars over Parlophone mono albums, original Capitol rainbow-label releases, 1982’s Mobile Fidelity Sound Lab half- speed masters box-set, and Japanese Obi LPs (with delicate paper bands across the cover), among others. So word last fall that Capitol would reissue a 16-disc stereo vinyl box set, pressed on 180-gram vinyl, fueled anticipation. After all, the label’s 2009 CD reissues had scored mostly high marks. The coveted catalog underwent a meticulous transfer of the original analog master tapes to 24-bit/192 kHz digital remasters. Those remasters were released as 16-bit/44 kHz CDs, though Capitol sold a higher resolution 24-bit/48 kHz FLAC version on a limited-edition aluminum apple with a USB-drive “core.” But there were problems: a drop out on the harmonica intro of “I Should Have Known Better,” for instance, and other flaws.

For the vinyl transfers, the label has returned to the 24-bit/192 kHz digital remasters (the aforementioned problem was fixed). Engineer Sean Magee and his team used lacquer masters (instead of direct metal masters), employed the vintage Neumann VMS80 cutting lathe at Abbey Road, and opted not to de-noise or use a “limiting” process to boost volume. However, as TAS’s Neil Gader pointed out in a September blog, returning to the digital remasters rather than the original analog tapes means these LPs can’t pass the true analog test. For some inexplicable reason, the lacquers were cut from 44.1kHz/24-bit downconversions of the 192kHz/24-bit masters.

Here’s what you get in this limited- edition LP box set: 12 British titles, plus the U.S. version of Magical Mystery Tour and a two-LP Past Masters set of singles and non-LP tracks; copies of the Sgt. Pepper’s inserts, Magical Mystery Tour’s 24-page booklet and the White Album’s poster and iconic band photos; and a lavish 252-page hardbound book with essays and rare photos.

The Beatles’ first four albums make their North American stereo vinyl debuts. Help! and Rubber Soul use George Martin’s 1987 stereo remixes. On Past Masters, Vols. 1 and 2, “Love Me Do” (original single version), “She Loves You,” “I’ll Get You,” and “You Know My Name (Look Up the Number)” are presented in mono.

The bass is tight, the highs are clear, and the recordings have consistent clarity, but lack the midrange heft heard on earlier LPs. And, while these recordings were not remixed, the EQing has had an effect: on “Fixing a Hole,” for example, the once-prominent splashy hi-hat and tight brushwork are washed down in the mix. When the pressing is clean, the sound quality can match, or even surpass, the MoFi masters. But several of the pressings I reviewed had defects: ragged edges; excessive dirt that caused surface noise, especially between tracks and in quieter passages; numerous pops, clicks, and skips; and warping on three discs.

The stereo LPs aren’t the absolute audiophile experience (a mono box is due later this year). For the best expression of the Beatles’ 24-bit/192kHz digital remasters, you can hope Capitol releases this catalog on Blu-ray. Until then, there’s always a $1000-plus Mo-Fi LP box-set up for bid on eBay. . .