The RCA Living Stereo records of the 1950s and 1960s (pre-Dynagroove) have been considered by many audiophiles to rank among the best sounding recordings ever made. They are even more desirable because of RCA’s incredible roster of artists and orchestras, including Fritz Reiner and the Chicago Symphony Orchestra, Charles Munch and the Boston Symphony Orchestra, Arthur Fiedler and the Boston Pops Orchestra, Jascha Heifetz, and Arthur Rubinstein. Great recordings emphasize both the music and the sound, and no other label has combined great music and sound as consistently well as RCA did.

Despite the sound quality of those LPs, however, the CD and SACD versions of the same recordings have consistently been disappointing. The profound musicality of the original pressings has been replaced with a disturbing coarseness, dryness, and dullness that lead to a curious lack of emotional involvement. In other words, the CDs have sounded digital. Some XRCDs of the same recordings (especially the Reiner Scheherazade and Lieutenant Kije) have much more presence and bite, especially in the high frequencies, that makes them sound more exciting and involving, even if the strings are not right and they lack deep bass. The Lieutenant Kije XRCD is quite electrifying, and those massive bass drum thwacks in “The Birth of Kije” are very punchy (much like a fist of fury), but they don’t really go down that deep. The frequency response of most XRCDs seems to be decidedly tilted toward the high end. The original RCA SACDs do not have the highs that characterize the best XRCDs, but they are better than the CD versions in terms of mid-range clarity and spatial information. However, those SACDS still do not have anything approaching the natural instrumental texture (especially the strings and woodwinds) of the original LPs and their superior Analogue Productions vinyl reissues. 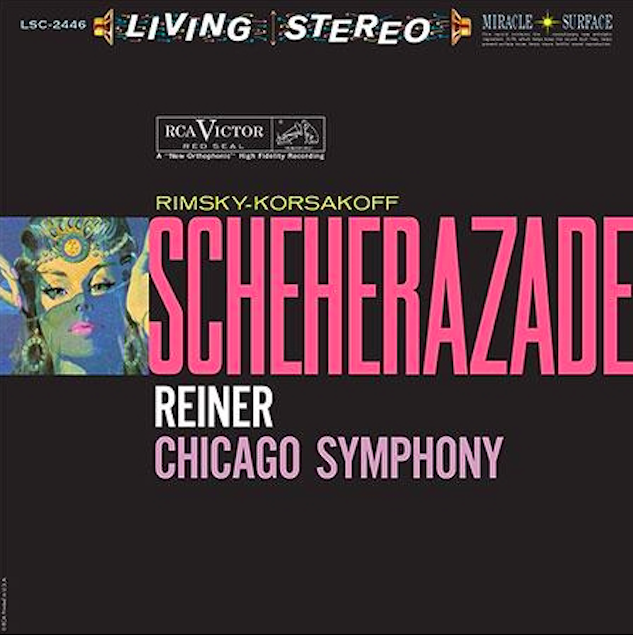 Recently Analogue Productions also began releasing newly remastered SACDs of RCA’s most famous recordings. So far five are available: the Reiner Scheherazade, Pines/Fountains of Rome, Pictures at an Exhibition, Lieutenant Kije/Song of the Nightingale, and the Fiedler Gershwin collection. The Analogue Productions SACDs reproduce the exact content of the original RCA records. (The RCA SACDs have additional selections primarily designed to address the issue of the expanded playing time on an SACD.) In comparing these new releases to the original RCA SACDs, I will concentrate on instrumental texture, fine inner detail, and spatial information with an emphasis on hall sound.

I fully expected the Analogue Productions RCA SACDs to sound better than the original RCA SACDs, but I was totally unprepared for the final result. In short, there is no contest. You have not heard these great recordings on CD or SACD until you have heard these Analogue Productions SACDs. For the first time the magic of the original LP pressings is audible on SACD. There are still subtle timbral and textural differences that analogue fanatics will prefer (the soft instrumental texture vs. enhanced inner detail). However, for the first time those differences are not necessarily better (or worse), especially when you consider the advantages and conveniences inherent in silver discs.

The RCA CD of Respighi’s Pines of Rome opens with a wall of sound plastered along the frontal plane of the speakers. On the Analogue Productions SACD, the treble cacophony is bathed in a cushion of hall ambience that is far more realistic and less strident. This music does not sound shrill in the concert hall, and it doesn’t here. Reiner’s “Pines of the Appian Way” is invariably and rightly discussed at length in audiophile circles. The thunderous bass (organ, bass drum) has amazing clarity and is completely integrated with the rest of the orchestra with no muddiness, but “The Pines of the Janiculum” is in some ways even more amazing with its silky sweet strings, every detail of Respighi’s shimmering orchestration, and a nightingale suspended in space like no other.

Scheherazade has probably been the most consistently praised Living Stereo recording because it is Rimsky-Korsakoff’s supremely popular essay on transparent orchestration played perfectly by Reiner and the Chicago Symphony Orchestra with RCA’s best sound. Anyone who says Reiner is a rigid and chilly conductor or the Chicago Symphony Orchestra just blasts away should listen to the suppleness of this finely nuanced performance. The opening of Scheherazade is revealing sonically. On the RCA SACD the initial brass chords are massive, with instrumental images essentially occupying the whole front of the stage embedded in an artificially reverberant haze. The following violin solo is not exactly metallic sounding, but it is certainly edgy and the instrument’s size is artificially bloated. On the Analogue Productions SACD, the brasses have similar sizzle but are properly focused toward the rear of the orchestra. The solo violin is not edgy and the instrument is quite normal in size; you can almost visualize Sidney Harth playing it. The detail of the light percussion (triangle, snare drum, cymbals, tambourine) in the fourth movement is exquisite. The bass drum has plenty of punch, but it is tight and never muddies Rimsky-Korsakoff’s transparent soundscape. The massed strings and solo woodwinds that are so famous on this recording have never sounded better on a silver disc, despite the seemingly glaring spotlight of SACD sound. For once the low strings are not lost in the mix. The brass fanfares have a natural cutting buzz, but they remain precisely focused in the back of the orchestra. Everything remains in proportion. Amazing! 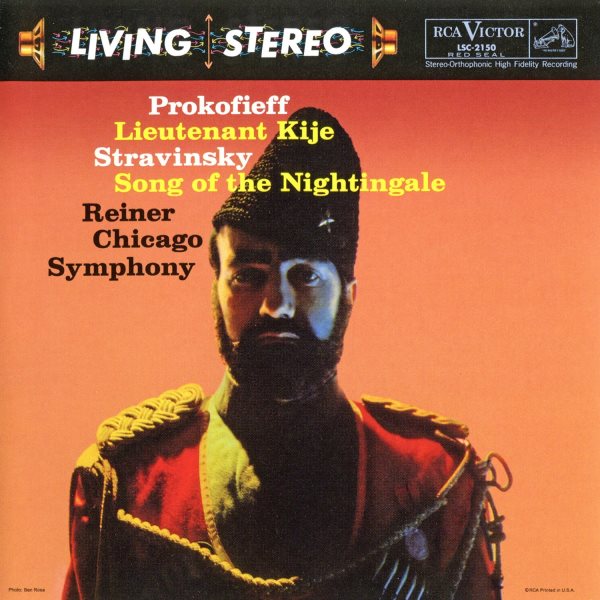 Pictures at an Exhibition is excellent as a performance, but I would not say that it is better than Toscanini’s early 1950s white-hot RCA interpretation with amazing mono sound that is the equal of any Mercury Olympian mono recording. Once again, the opening Promenade is revealing. On the RCA SACD, the solo trumpet is poorly focused all over the front of the soundstage. The highs are sometimes harsh and there is an overly reverberant acoustic that is totally absent on the original pressings. The trumpets near the end of “Gnomus” are piercing as they emerge from the front of the orchestra. On the Analogue Productions SACD the solo trumpet image in the Promenade is rock solid and focused where it should be, toward the back of the orchestra. The same is true of various other instruments. Just listen to the air surrounding the celesta in “Gnomus.” Those trumpets are too closely miked in this recording, but they are not as glaring here. Low-level information is outstanding; however, the strings on this SACD are not as magical as they are on Scheherazade. This SACD does not sound quite as good as the Analogue Productions Pines/Fountains of Rome and Scheherazade, but the qualitative differences between it and the RCA SACD are similar.

At the risk of sounding like a heretic, I am compelled to comment on the Chicago Symphony Orchestra gong in The Pines of Rome, Pictures at an Exhibition, and Scheherazade. The instrument is so small that there is not much of an initial transient effect, and no low-frequency after roar. The gong almost sounds like crash cymbals on steroids. This does detract somewhat from the ideal cumulative impact of “The Pines of the Appian Way” and “The Great Gate at Kiev.” To hear what I mean, compare this gong to the massive Minneapolis Symphony Orchestra instrument heard in Antal Doráti’s mono recording or Respighi’s Church Windows. The Chicago gong fits better in the more lightly textured orchestration of Scheherazade. This may be a minor point for some, but it should be noted in a detailed discussion of these legendary recordings in an audiophile magazine.

RCA never released Reiner’s Lieutenant Kije on SACD. Stravinsky’s Song of the Nightingale was included as a filler on its Scheherazade SACD. RCA’s reason for this decision is obscure. Perhaps it wanted to demonstrate the influence of Rimsky-Korsakov on Stravinsky, but that would be pretty subtle reasoning for a record company that chose to replace Living Stereo with Dynagroove. There is a good reason this recording is generally referred to (by audiophiles) as the Reiner Lieutenant Kije rather than the Reiner Song of the Nightingale.

“The Birth of Kije” is one of the most remarkable sonic demonstrations in the RCA catalogue. It opens with a trumpet solo perfectly placed toward the back of the orchestra, followed by a crisp snare drum in the left rear and the solo flute to the left of center along with other chirping woodwinds near the front center of the orchestra. Then the French horns, strings and brass enter in cascading waves of sound capped by the pounding bass drum. The focal imaging, instrumental balances, and ambient information are unbelievable, as is the way Reiner terraces the dynamics. The feathery texture of the strings makes Lieutenant Kije often sound like chamber music, as it should. The JVC XRCD version gets most of it right except the sonic spectrum is so dramatically skewed to the high frequencies that the loud brass instruments sometimes sound too penetrating. Prokofiev’s transparent orchestration does emphasize the highs, but on this Analogue Productions SACD it all sounds subtly more recessed and perfectly natural because of the increased open airiness. 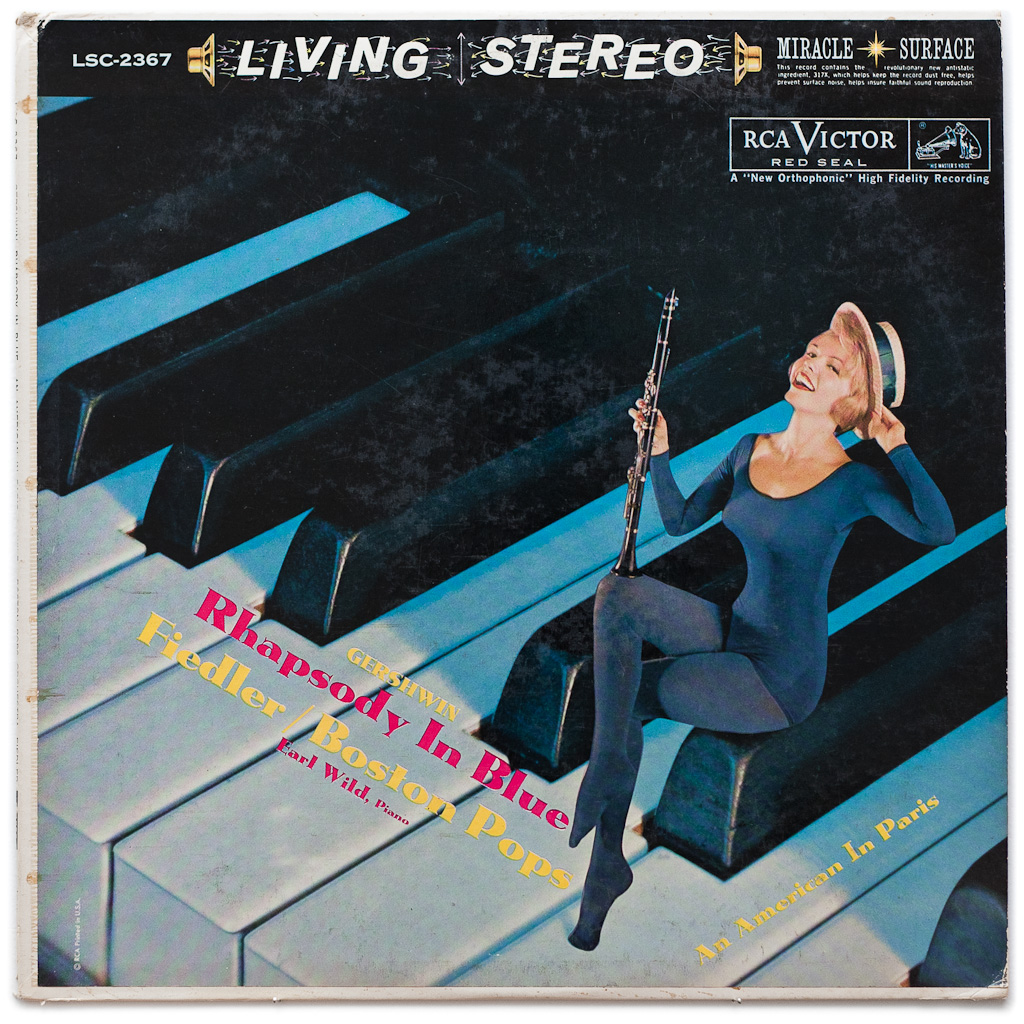 Given Earl Wild’s virtuosity and experience with Rhapsody in Blue and Arthur Fiedler’s usual affinity for super popular or light classical music, you would think that this recording would be interpretively unbeatable. Wild is fine, but Fiedler is consistently fast, rigid, and straight-laced, especially in Rhapsody in Blue. I have always preferred Leonard Bernstein’s more natural way with Gershwin and jazz, and Columbia’s glitzy sound is also okay with this music. This has never been one of the best sounding Living Stereos. Once again on the RCA SACD, the famous opening clarinet solo in Rhapsody in Blue appears to emanate from both speakers. Analogue Productions focuses the clarinet to the right of center between the two speakers, where it should be, and reduces its size to normal. The piano is, surprisingly, balanced correctly front and center. It is not at all spotlighted, but it also is not lost in the mix. As discussed by Jon Valin, there is no hole in the center. The RCA SACD drowns the orchestra in a hyper-reverberant acoustic setting that becomes a more natural, airy, hall sound with Analogue Productions. The strings are sweet, and the busy instrumental detail in the raucous climaxes of An American in Paris is outstanding. Regardless of your opinion of the performances, this recording finally has the realistic sound it should have on SACD, but it is still not one of the greatest Living Stereos. Analogue Productions presently plans to release 25 more RCA Living Stereo SACDs at $30 a disc.