Of all the loudspeakers I’ve heard in a lifetime of listening, the large, three-panel Maggie 1-Us—Magnepan’s first widely marketed planar-magnetic speaker—remain the most memorable. I’ve told the story several times before of how I originally (and unwittingly) auditioned these speakers in the early 70s and—not knowing what a Magneplanar was back then—assumed that the real grand piano ensconced behind the “screens” at the far end of the listening room was making music when, in fact (and of course), it was the Maggies that were doing same. I’ve never again been fooled that completely by a loudspeaker because nothing I’ve heard since then has sounded that much more like the real thing than the Maggie 1-Us did at the dawn of the high-end era. As HP put it in his ground-breaking TAS review: “The Magneplanars are…[a] ‘classic’…a speaker that is and will be a standard by which and to which others will be compared.” And so they were, and so they still are, in certain key respects (such as midrange realism and mid-to-upper bass resolution, scale, and slam), to me. Jonathan Valin 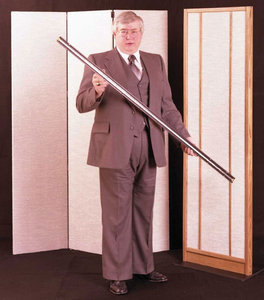 One should always be wary of pronouncing “firsts,” but, appearing in the early seventies, Jon Dahlquist’s DQ‑10 was to my knowledge the first dynamic speaker to employ multiple drivers in an open-baffle configuration (except the acoustic‑suspension woofer, which was enclosed) staggered for proper time‑alignment and phase coherence, in an attempt to realize the openness and freedom from boxiness that Dahlquist prized in his beloved Quad ESL-57s—with the added advantages of deeper bass and dynamic extension well beyond the Quad. (The physical resemblance to the Quad was both mandated by the design and an intentional homage.) Far from flawless (including conceptually), the DQ-10 was nevertheless a ground-breaking design that preceded dozens of subsequent speakers (perhaps most prominent among them models from KEF, B&W, Spica, Thiel, Vandersteen, and Wilson) continuing up to the present day. Few large, full-range dynamic speakers before or for some time afterward equaled its openness. Paul Seydor 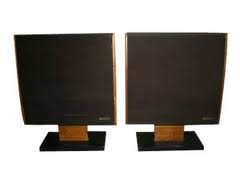 Certain speakers don’t just change the way the game is played; they change the playing field. In the twentieth century, the Quad ESL-57s (par excellence), the Maggie 1-Us, the Dahlquist DQ-10s, and the Wilson WATT/Puppy were bellwethers. In the new millennium there has been no more influential loudspeaker—no loudspeaker that has had a more profound effect on the way other loudspeaker manufacturers design and style their products—than these massive, beautiful, stand-mounted two-ways from upstarts Alon Wolf and Yair Tammam of Magico. The Mini and Mini II set new standards for neutrality, resolution, dynamic range, frequency extension, and musicality in compact speakers—and they did so not just by upping the ante on the way enclosures, drivers, and crossovers were built but also by upping the ante on the science that speaker manufacturers brought to bear on designing enclosures, drivers, and crossovers. Since the Mini II, birch-ply and aluminum boxes, high-tech composite cones, Mundorf parts, computer-assisted design have become mainstream—and other things like beryllium diaphragms, field-coil magnetics, and coincident drivers have been added to the mix. The competition in compact speakers has never been stiffer; nonetheless, the Magico Minis were the first on the ground and continue to more than hold their own against all comers. Jonathan Valin

I decided to depart from my usual modus operandi, which […]