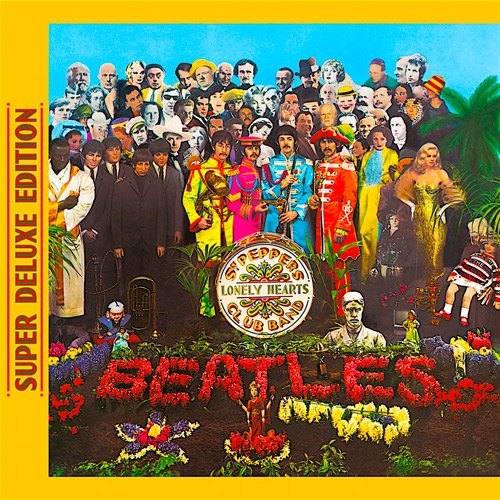 What can I say? Undoubtedly the most important and most influential “rock” album ever made, Sergeant Pepper changed just about every boomer kid’s life (it certainly changed mine) and cemented The Beatles’ place at the top of the rock pile. A sui generis mix of good old rock ’n’ roll, British music-hall whimsy, pop ballad, and hippie psychedelia, this amazing concept album was famously produced (and augmented) by George Martin and recorded by Geoff Emerick in EMI’s Studio Two (subsequently Abbey Road Studio) from late November 1966 through April 1967. The 65-track “Super Deluxe” version recommended here includes alternate takes, mono versions, and latter-day remixes (supervised by George Martin’s son, Giles). Another must-download. 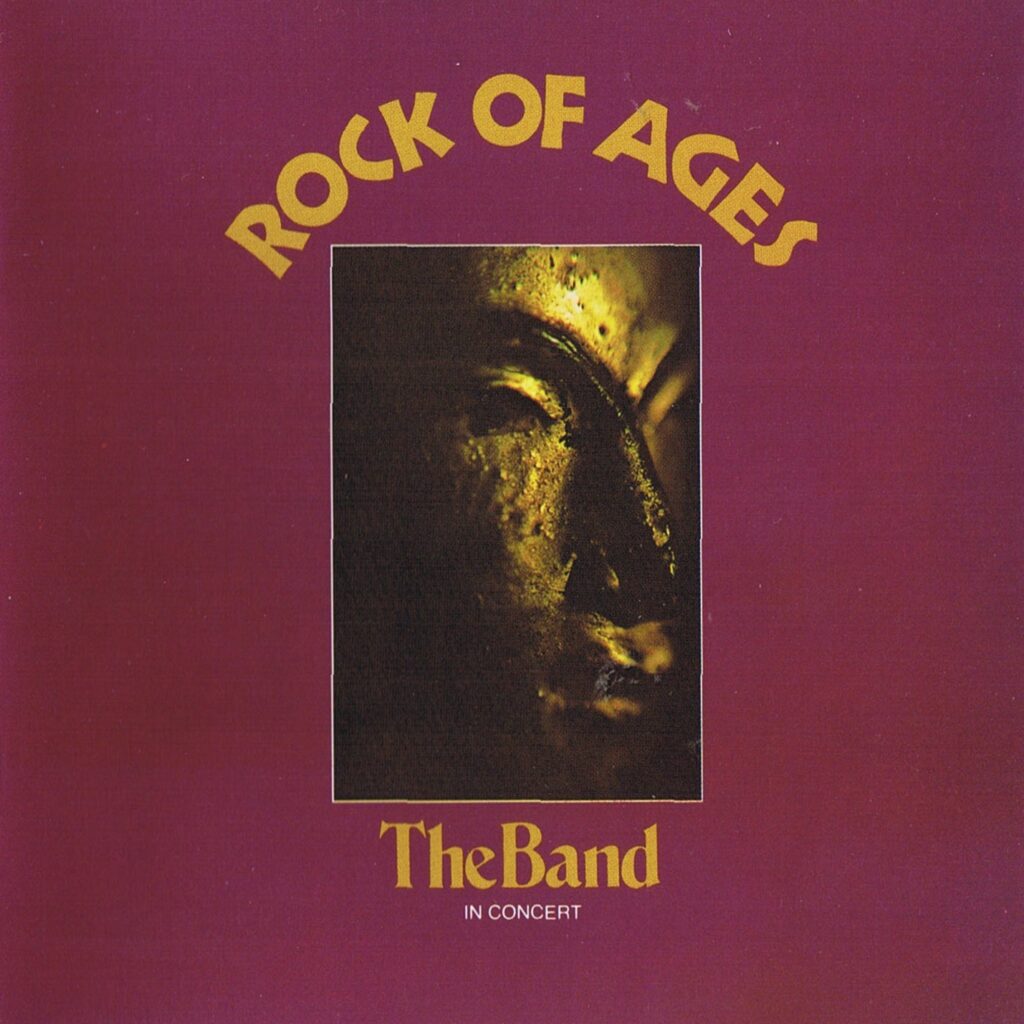 If you’ve ever wondered what The Band sounded like in an actual concert, rather than in a studio (makeshift or legit), this superb set, recorded by Phil Ramone and Mark Harman December 28–January 1, 1971, during a series of Christmas-week Band concerts at the Academy of Music in New York City, is your best choice. Indeed, along with the heavily overdubbed, digitally recorded, virtually Manuel-less The Last Waltz (which is more of a “Robbie Robertson & Friends” album, albeit a superb one) and the half-Dylan Before the Flood, it is your only choice. One of the greatest “live” albums ever released by one of the greatest bands America produced, it is also your last chance to hear The Band’s lead vocalist, Richard Manuel, at his unimpaired, irreplaceable best, before countless bottles of Grand Marnier began to take their ultimately tragic toll. This version of Rock of Ages is derived from the (sonically superior) 2014 Bob Clearmountain remastering. 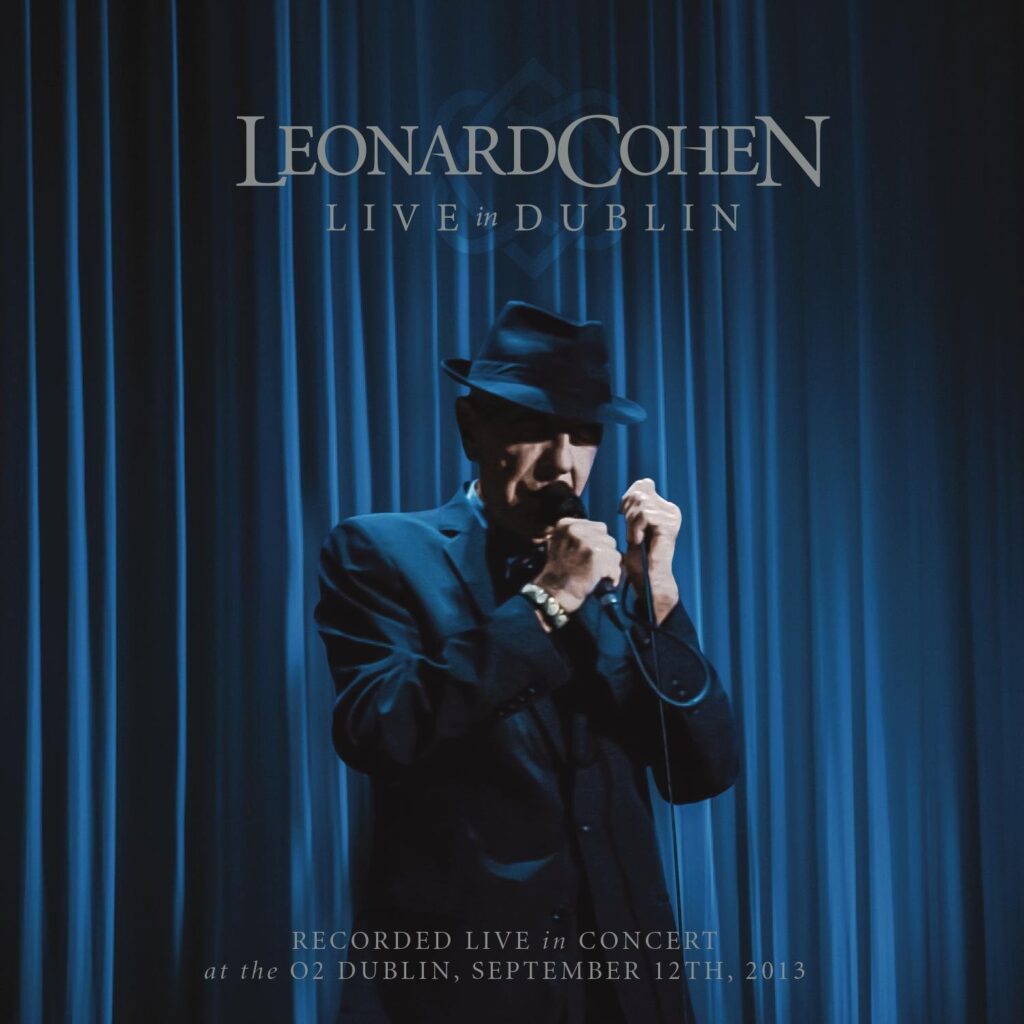 Along with Bob Dylan and Joni Mitchell, the greatest rock/pop/folk singer-songwriter of the last half of the past century, Canada’s Leonard Cohen did not plan to make a series of live concert recordings when he was in his 70s. But after being cheated out of a great deal of money by his manager, he was forced to go back on the road “to repair the fortunes of my family and myself.” Cohen’s misfortune was our good luck (and, as Cohen himself later admitted, a “most fortunate happenstance” for him, too, since it allowed him to re-connect with living musicians and live audiences, world wide). Cohen’s world tours generated three superb concert albums (Live in London, Songs from the Road, and Live in Dublin), performed by Cohen and one of the most musically gifted traveling bands on the planet. All three of these live albums are most highly recommended, although each contains pretty much the same (comprehensive) playlist of Cohen’s brilliant, quasi-autobiographical songs—some of them funny, some sardonic, some poignant, some enigmatic, some near Biblically stern and monitory, some all these things at once. Perhaps because he was also a gifted poet and novelist and a deeply thoughtful soul, Cohen is capable of mixing tones (and levels of discourse) in a way that no other pop songwriter of my experience, including Dylan, can. What sets Live in Dublin apart from its brethren is the inclusion of several songs from Cohen’s then-most-recent commercial releases. 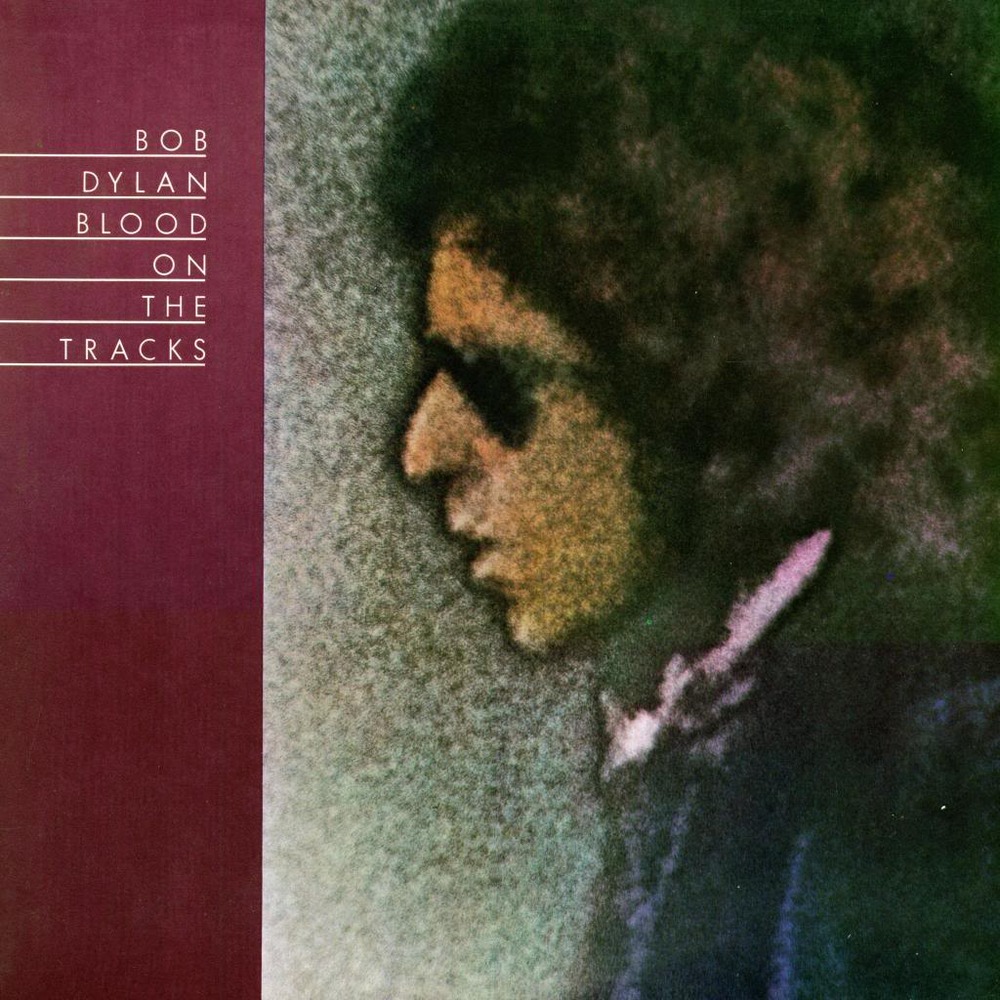 Though it met with mixed reviews when it was released in 1975 (Robert Christgau called the sparely scored test pressing, augmented prior to commercial release by re-dos with electric instruments on five cuts, a “sell-out to the memory of Dylan’s pre-electric period”), this unusually candid and confessional album is now regarded as one of Dylan’s best. Like Sinatra’s In the Wee Small Hours (see above), it is about the end of a marriage—in this case Dylan’s estrangement from his then-wife Sara. Transitioning from song to song as if, in the words of session engineer Phil Ramone, they were “part of a medley,” Dylan created what has been called “the truest, most honest account of a love affair from tip to stern ever put down on magnetic tape.” Though it has competition in the heartbreak sweepstakes from Sinatra (and many others), it is hard not to read an album with “Tangled Up in Blue,” “You’re Gonna Make Me Lonesome When You Go,” and “If You See Her, Say Hello” as non-autobiographical—or as anything less than great. Taped in Columbia Studio A, where Dylan had recorded his first six albums in the 60s, with the electric remakes done at Studio 80 in Minneapolis (in Dylan’s home state of Minnesota), even the recording sessions reiterate the theme of looking back (which Dylan once warned us not to do) at paradise lost. 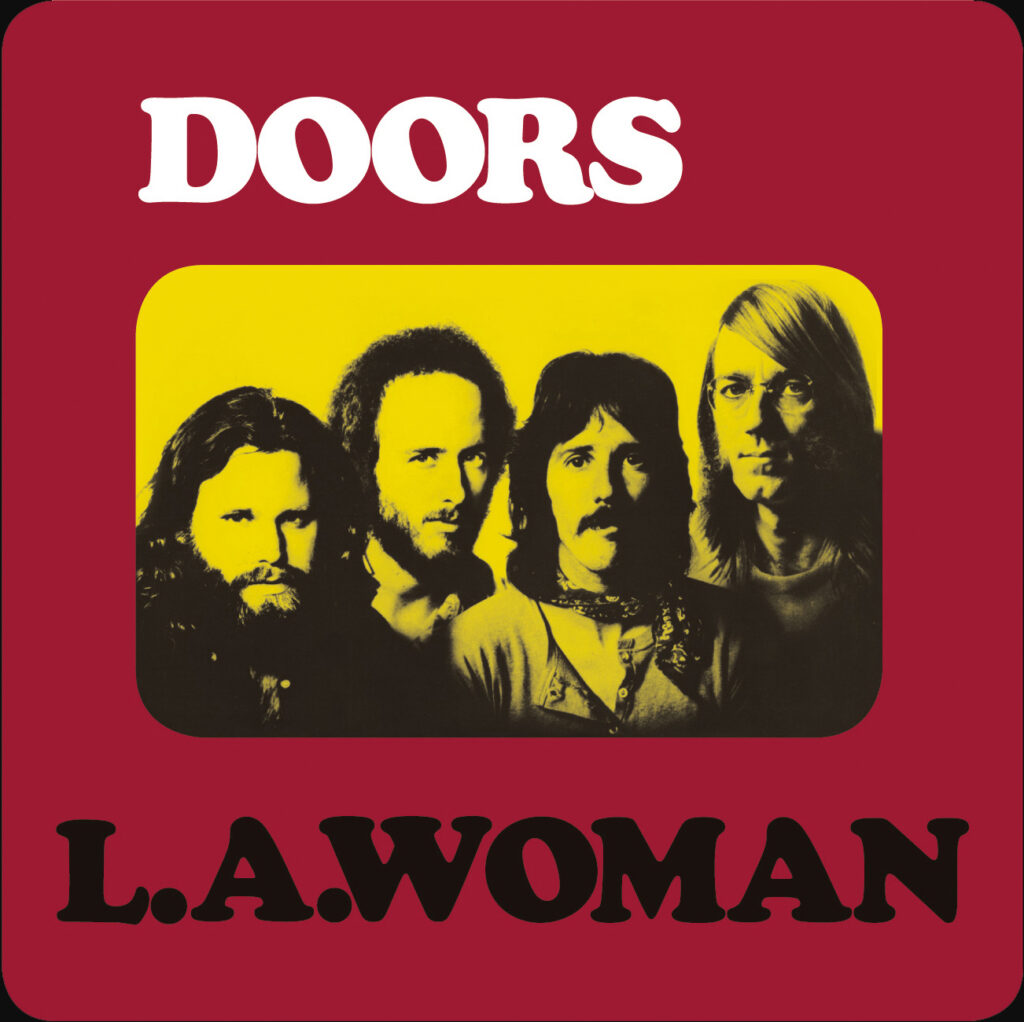 This bluesy bellringer for The Doors’ lead vocalist, chief composer, and spiritual heart-and-soul, Jim Morrison, is arguably The Doors’ finest album. (In “L.A. Woman” it certainly has The Doors’ finest song.) Produced by The Doors themselves and recorded virtually live-in-the-studio-to-eight-track by Doors’ engineer Bruce Botnick, L.A. Woman is the first Doors’ album with a bass player (Jerry Scheff from Elvis’ band) and a rhythm guitarist (Marc Benno of Leon Russell’s group), the latter freeing lead guitarist Robbie Krieger to concentrate on his solos (and, boy, does this pay dividends on “L.A. Woman”). One more successfully remastered (by Botnick) rock classic done justice on digital download. 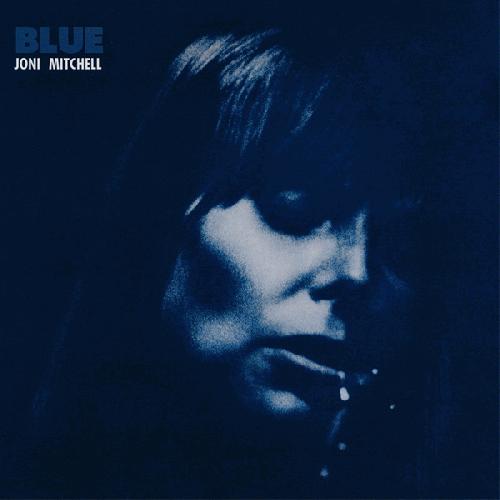 Yet another highly celebrated pop album, this autobiographical masterpiece, recorded at Hollywood’s A&M Studios by Henry Lewy in 1971, was Mitchell’s fourth studio release. Once rated the third greatest pop/rock album of all time by no less than Rolling Stone magazine, Blue doesn’t have a false note (or a weak song) in its ten-track playlist. “At that period of my life,” Mitchell has written, “I had no personal defenses. I felt like a cellophane wrapper on a pack of cigarettes. I felt like I had absolutely no secrets from the world, and I couldn’t pretend in my life to be strong. Or to be happy. But the advantage of it in the music was that there were no defenses there either.” Another must-download. 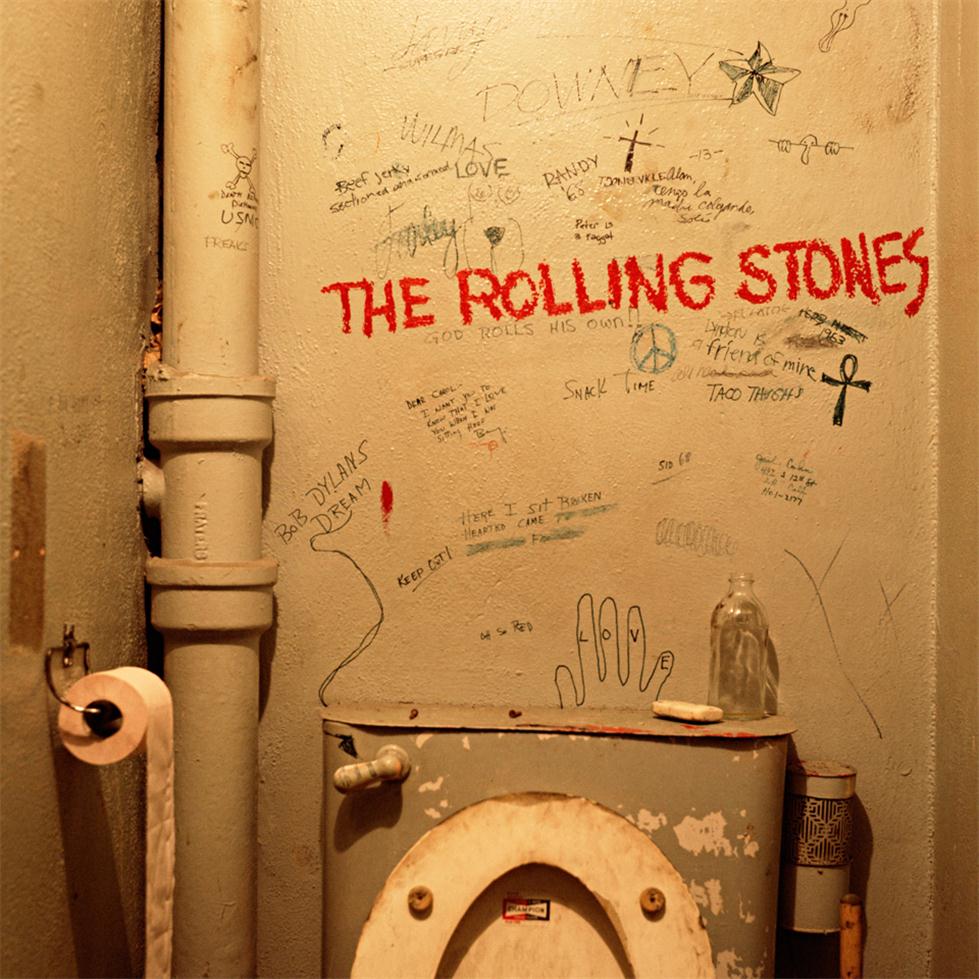 Produced by Jimmy Miller and recorded (as usual) by Glyn Johns in 1968, Beggars Banquet was the band’s seventh British studio album—and a sensational return to the group’s blues roots after the psychedelia of the Sgt. Pepper-like concept album, Their Satanic Majesties Requests. It is also the last LP on which the founder of The Stones, guitarist Brian Jones, plays on many cuts, though most of the (fabulous) lead and rhythm guitar work was done by Keith Richards. With the help of pianist Nicky Hopkins and a generous sprinkling of Latin beats (think of the prelude to “Sympathy for the Devil”), Beggars Banquet is a musical triumph from “Please allow me to introduce myself” to “Let’s drink to the hard working people.” One of the greatest rock albums by the world’s greatest rock ’n’ roll band. 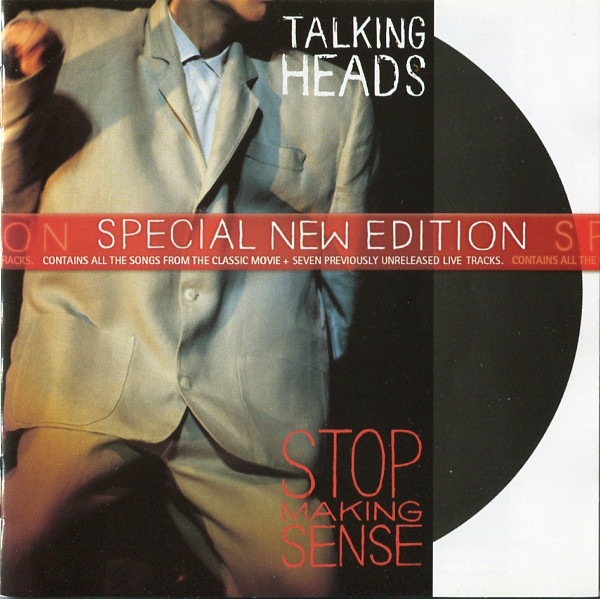 Widely regarded as one of the two finest rock-concert films ever made (Martin Scorsese’s The Last Waltz being the other), Jonathan Demme’s Stop Making Sense remains amazing almost 40 years after it was filmed. Shot in December 1984 during four nights of live concerts at the Pantages Theater in Hollywood, it was the first movie with a digitally recorded soundtrack. While some hold the album’s relatively primitive 24-track Red Book sonics against it, I’m not one of them. How this incredibly complex and virtuosic mix of electronica and acoustic instruments could have been performed/recorded live—and performed/recorded so flawlessly—was and remains a wonderment. Drummer Chris Frantz, bassist Tina Weymouth, guitarist Jerry Harrison, backup singers (and contributing performers) Ednah Holt, Lynn Mabry, Alex Weir, Bernie Worrell, and Steve Scales are all in top form. And then, of course, there is David Byrne himself (in or out of his “big suit”), whose ceaseless energy is astonishing. As much superbly staged cabaret as rock ’n’ roll, Stop Making Sense includes all your Heads’ favorites (“Burning Down the House,” “Life During Wartime,” “Once in a Lifetime,” “Take Me to the River”), in versions so lively and engaging and wonderfully well-played that, as Pauline Kael said in The New Yorker, they are “close to perfection.”

Written during Covid-19 lockdown, Dance Fever has been described as […]

Ordway: The Clearing and the Forest

Scott Ordway likes to tell stories with his music. A […]

Despite the advocacy of the celebrated 18th-century clarinetist Anton Stadler, […]

For over 50 years The Max Roach Trio Featuring the Legendary […]