Steve Earle & the Dukes: So You Wannabe an Outlaw

So You Wannabe An Outlaw 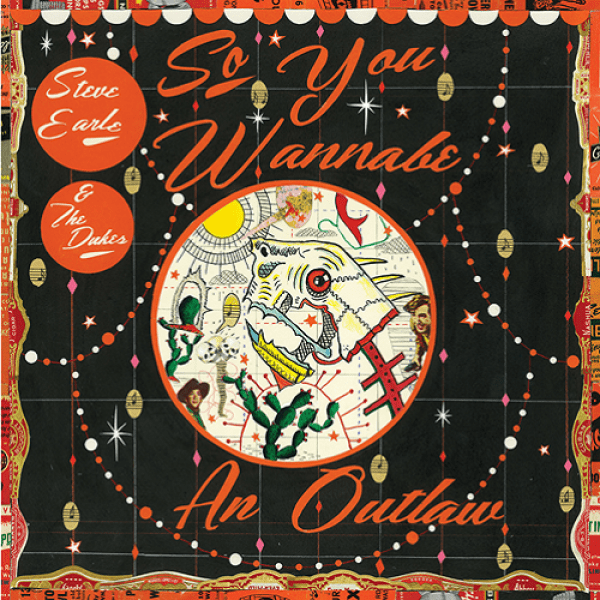 If we’re of a certain age when our parents die, we realize we are the seniors of our clan. On So You Wannabe an Outlaw, Earle, an ex-con in real life and an outlier in country music, grapples with a similar epiphany. His 16th studio album (the fifth credited with his road band, the Dukes) is an homage to first-generation outlaw Waylon Jennings—to Jennings’ noisy, phased Telecaster guitar sound, his album Honky Tonk Heroes, and on the admonitory title track, sung with Willie Nelson, the classic “Waymore’s Blues.” The Dukes assist Earle in achieving a raunchy Stones–like raucousness, notably on the firefighter ode “The Firebreak Line” and the harrowing wail from death row, “Fixin’ to Die.” But Earle also taps his sensitive side and draws on the band’s acoustic guitar, mandolin, and fiddle chops when he sings about romantic loss or his late mentor, Guy Clark, on “Goodbye Michelangelo.” Vocal duets with Miranda Lambert (“This Is How It Ends”) and veteran Johnny Bush (“Walkin’ in LA”) and stylistic nods to swinging pre-outlaw country styles help make this one of Earle’s most eclectic albums, one sure to inspire the next generation that’s building on the outlaw legacy.