Stein Music’s Harmonizer System is your classic black magic tweak. Though its inventor Holger Stein tried to explain how his small, shelf- or stand-mounted, black or white plastic boxes (labeled H2a and H2b) and wall-mounted “magic stones” work—something to do with changing the density of the air molecules in your room—I neither fully understood his explanation nor believed it. And yet, as has so often been the case in the past with other mystery-meat room treatments, when Stein set up the Harmonizer System in my digs, it somehow changed the soundfield in many of the ways he claimed it would, adding more air and space to the soundstage, smoothness to timbres, and bloom and dimensionality to images, while also just generally better disappearing my loudspeakers.

I wish I could tell you why what happened happened, but I can’t. All I can tell you is that when these battery-powered cubes filled with a secret blend of crystals (in different mixes for box “a” and box “b”) are placed near the corners of the walls behind your speakers and angled in at about 45 degrees, with the little dials (marked “Intensity”) on their posteriors set to ten or ten-thirty, you get an effect akin to moving those walls back three or four feet. Add a couple more boxes near the corners across from your speakers, and you get another few feet of room renovation. Add a third pair on the sidewalls about midway through the room and pointing at each other, and the listening space expands again, so that the stereo image seems to float, unattached to drivers or enclosures, somewhere in front of the speakers, extending from there to well beyond the room’s physical boundaries.

This is scarcely the first time I’ve toyed with a room treatment from Bizzaro World. All you have to do is glance back at my reviews of the Shakti Hallographs (now indispensable fixtures in both of my listening rooms) or the Synergistic Research ART system of bell-like cups (lately replaced by Ted Denney’s even more sensationally effective UEF acoustic panels and Atmosphere tuning module, which I’ll discuss in a separate review) to realize that hard-to-fathom tweaks are scarcely new additions chez Valin.

All these doodads, including the Harmonizers, are probably working a bit like that eldest of all room treatments, the Helmholtz radiator—resonating in response to the music (and/or to frequencies being emitted by their various low-powered circuits) in ways that increase the intensity of select even-order harmonics and mask (or change the Q of) the odd-order ones that are being exacerbated by diffraction or reflection, making room acoustics less peaky and more uniform. At least, that’s my best guess. That changing the location of any of these devices (or the direction in which they’re pointing) also changes the width, depth, and height of the soundstage, sharpness of image focus, and general tonal balance is a puzzler; nevertheless, that’s the case. 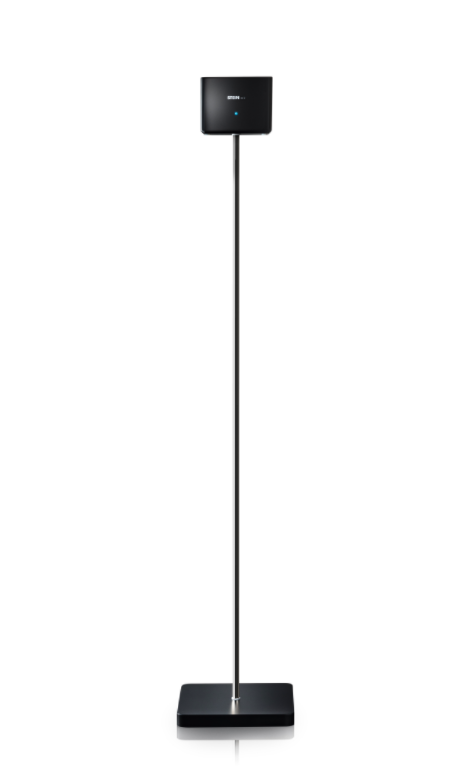 These quasi-magical tweaks happily coexist with one another and with the more “scientific” room treatments—such as ASC bass traps, RPG diffusors, and Zanden absorptive panels—that I also use throughout my listening rooms. Indeed, each tweak augments the others, supplying its own set of distinctive benefits.

Left unasked, thus far, is the question of why I bother with room treatments at all rather than taking the DSP route. I could answer this by saying that such treatments simply sound better than DSP to my ear, but that isn’t entirely true, as my home-theater speakers, the Avantgarde Zero-1s, do use built-in DSP (designed to optimize phase and frequency response within a 2m-to-3m listening bubble) and do so quite effectively. OTOH, other experiences with DSP’d loudspeakers have not been as impressive.

Putting aside the fact that to use DSP at all you have to digitize the signal top-to-bottom—a process that doesn’t matter and may even be a plus if you’re using digital sources (as I am in my theater room), but that matters greatly if you’re using analog sources (as I am almost exclusively in my high-end listening rooms)—I’ve found that optimizing loudspeaker phase/frequency response for one microphone-sized spot (or even for several spots averaged together) does not touch overall room response (or necessarily better “disappear” loudspeakers as sound sources). I prefer the broader, smoother, more complete loudspeaker-disappearing effects that non-digitizing room treatments can have, provided, of course, that those treatments work as advertised.

The Stein Music Harmonizer System does precisely that (as does the Synergistic Research UEF panel/Atmosphere system). I can thus recommend it. It won’t tame a bass-range room node—for that you do need DSP or an analog notch filter, such as the one built into the wonderful JL Audio Gotham subwoofer—but above the bass it will disappear your loudspeakers to an appreciable extent, while adding depth, width, and dimensionality to the soundstage.