At a highly-promoted September 4 press conference in New York City, Sony unveiled a multi-pronged strategy to “deliver hi-res digital to a broader audience”. Sony’s explanation for wanting to do so would be self-evident to any TAS reader, but was remarkable coming from a mass-market company. “There has been a shift in the way music is enjoyed,” declared executives from the Jazz at Lincoln Center stage. “MP3 offers greater convenience, but to the detriment of sound quality. Many younger listeners have never experienced their favorite recordings with the kind of quality that the artist and producer intended.”

Well, duh. Yet it’s gratifying to hear an influential company like Sony shine a critical light on this situation. But what are they going to do about it? Several things.

First, Sony is liberally opening its extensive music catalog to hi-res download services, and has engaged the cooperation of Universal and Warner Music as well. In all, a trove of material. I asked HDTracks’ David Chesky, who was in attendance, how much Sony had made available to him. “Pretty much all of it,” he said. That includes many albums recorded in DSD, downloads of which Sony is warmly embracing. Among several others, Acoustic Sounds, whose president Chad Kassem was also at the event, has already launched such a service: superhirez.com.

Aside from limited access hi-res titles, Sony also believes that consumers are confused by the plethora of formats, platforms and interfaces associated with hi-res audio. To combat this problem, the company is introducing a new line of products meant to make hi-res audio easier to use. For instance, each of the four new products support virtually every audio format, including those proprietary to Apple, from mp3 to double dsd. That means consumers simply needn’t worry about such things; any digital file will play. Each model also includes features meant to ease the transfer of digital material from PC to playback.

The new components, all of which will be available in the Fall, range in price from $799 to $1,999. Each model has been designed with a specific “lifestyle” in mind. For the computer-bound user, the entry level UDA-1 ($799) will serve nicely as a desktop DAC/amp. The company expects this model to drive a lot of headphones, but it has enough juice (20wpc) to power a pair of small speakers, such as Sony’s new SS-HA1 ($599) and SS-HA2 ($349) desktop models. In addition, while USB may be the primary interface, the UDA-1 also provides coax and optical digital inputs, as well as a line out. With these features, the UDA-1 can start life on the desk but later migrate to the living room.

For those already ensconced in living rooms, the HPA-S1 ($999) doubles power output and adds a 500GB hard drive. Additional capacity can be added via a NAS drive. The unit, therefore, is essentially a combination music server/DAC/amp.  In keeping with the theme of convenience, the HPA-S1 will automatically sync music between its library and a PC via a wired or wireless network connection. From there, the library is displayed on a front panel screen whose GUI is powered by GraceNote.

For the home theater market, Sony is offering a free firmware upgrade to its STR-DA2800ES and STR-DA5800ES receivers. The upgrade will enable these existing products to support all audio formats over its USB input. Presumably, since natively decoding DSD requires specialized hardware, the receivers will convert incoming DSD streams to PCM. But this level of technicality is—as Sony informed me when I asked whose DAC chipset they were using inside the new products—“off message”.

Finally, for us high-enders, Sony is putting its ES imprimatur on a new flagship music server/DAC, the HAP-Z1ES ($1,999). In addition to much more solid construction—lifting the HAP-Z1ES after lifting the HPA-S1 is instructive—the top model has several unique features, including a DSD “remastering engine” that upsamples virtually any audio format to double dsd. There are also balanced outs and separate power transformers for different modules. The flagship includes an internal 1TB hard drive which, as with lower models, is infinitely expandable via one or more NAS drives.

Obviously, Sony wouldn’t put its engineering muscle behind such products unless it felt confident that they will sell. Buttressing its confidence is a recent CEA poll wherein 90% of consumers listed sound quality as the most important element in the listening experience—even higher than content! Of those, 60% said they would be willing to pay more for better sound. Not coincidentally, the CEA is encouraging its member companies, which encompasses pretty much every major consumer electronics maker, to integrate what it calls HRA (High Resolution Audio) into their products.

But Sony isn’t just planning to drop these products in dealer showrooms and expect them to sell themselves. The inventor of the SACD is putting its considerable marketing might behind hi-res audio. Along with opening its catalog and introducing new hardware, this marketing drive is the third leg of Sony’s strategy. All four players will be promoted extensively in digital and print advertising. All will come pre-loaded with a sampling of hi-res music. Sony has even created an online portal, sony.com/hires, to help explain the benefits of the new format to novices. There will also be in-store displays and demos, backed by extensive dealer training. Sony seems serious about exposing a younger, broader audience to the benefits of hi-res. 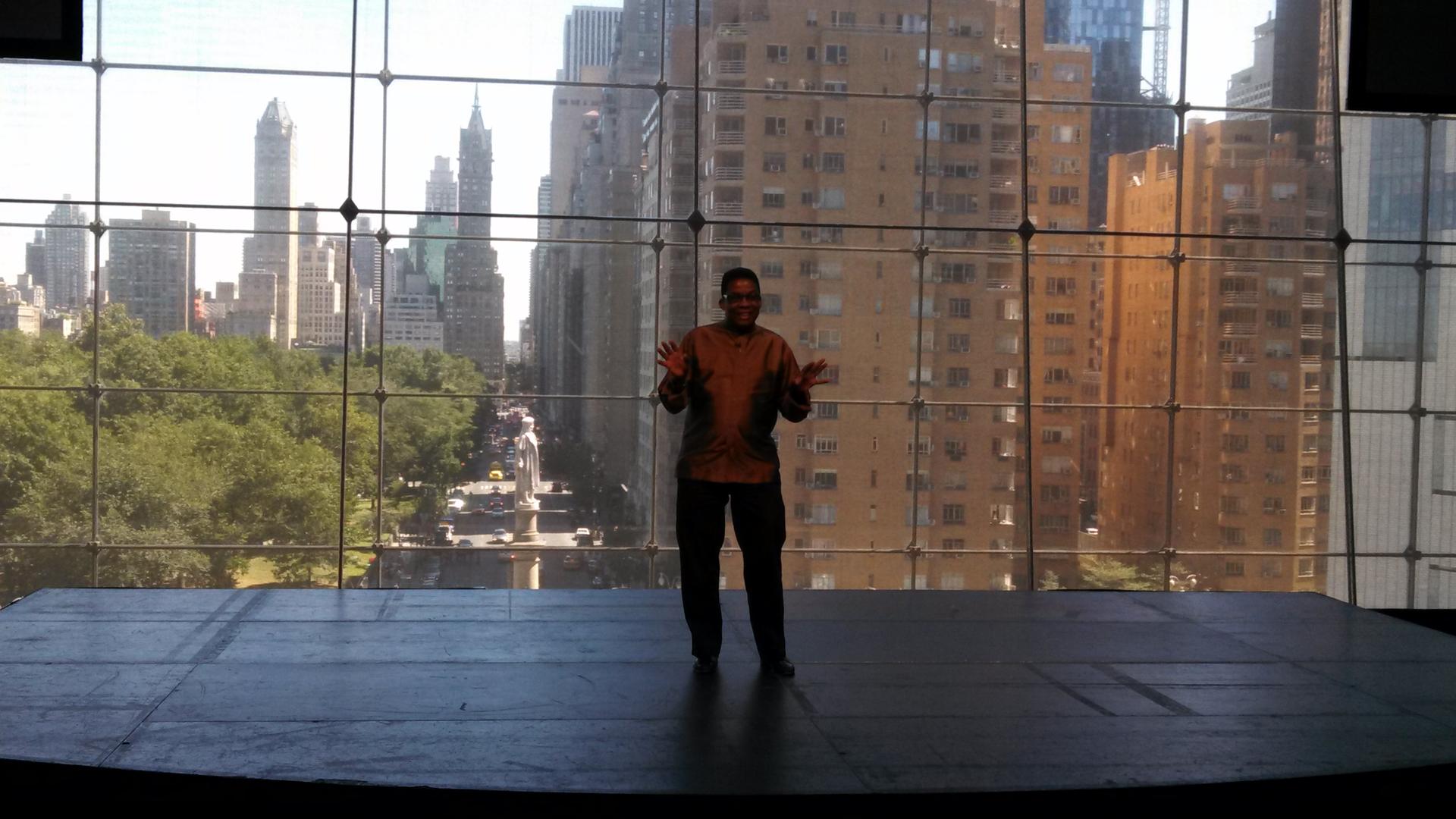 They certainly pulled out all the stops at the press event. In addition to executives from Universal, Warner and Sony’s Legacy labels, the company brought out no less a figure than the legendary Herbie Hancock. Hancock related the story of first hearing hi-res digital and his reaction to it. The session took place in his own studio, playing his own album (his latest: The Imagine Project), which he had personally recorded and mixed on those very premises.

Hancock said he had expected hi-res to sound better than mp3, and on the track “Don’t Give Up” it certainly did. “It was almost like 3-D sound.” But what he hadn’t anticipated was the sonic jump from CD to hi-res. When he switched to CD, “The sound started to close up; it got smaller, thinner.” The musician instantly became a hi-res convert. “If music enthusiasts can have this experience, it can be a real game changer.”

After the press event, Sony made the products available for poking, prodding, and listening under good conditions. To my eyes, all of the new models look quite fetching, especially in silver. As for their sound, Sony treated journalists to a system anchored by the company’s estimable SS-NA2ES speakers, driven by Pass electronics and the flagship HAP-Z1ES server. At my request, Sony played a DSD download of Blood, Sweat and Tears’ “Spinning Wheel.” The result was what we’ve come to expect from good DSD: a completely non-digital presentation, supremely solid rhythms, and colorful timbres. In fact, the DSD sounded highly reminiscent of the superbly remastered new ORG LP of this title.

Whether Sony’s new products will ultimately make the audiophile grade under more controlled conditions remains to be seen, but there is no denying the insight, boldness, and virtue of the company’s push to get hi-res audio into the hands and ears of more people. Let’s hope this is the start of a major trend.