In Issue 248 Jeff Wilson reported on the launch of Smoke Sessions, a young jazz label based in Manhattan. Smoke Sessions is the brainchild of Paul Stache and his partner Frank Christopher, who started their Upper West Side club Smoke in 1999 with the mandate of showcasing strictly straight-ahead jazz. Launched in 2014, their Smoke Sessions label follows the same modus operandi. Originally the albums were recorded live at Smoke, but recently the label shifted the operation to the Sear Sound studio in midtown Manhattan, where the albums are recorded in glorious, warm-sounding analog. Frontmen on these albums have included Harold Mabern, Steve Turre, Eddie Henderson, and Javon Jackson. The latest stack of releases includes typically swinging sessions by pianist Renee Rosnes, trombonist Steve Davis, trumpeter Jim Rotondi, and an all-star group of elder statesmen collectively known as Heads of State. 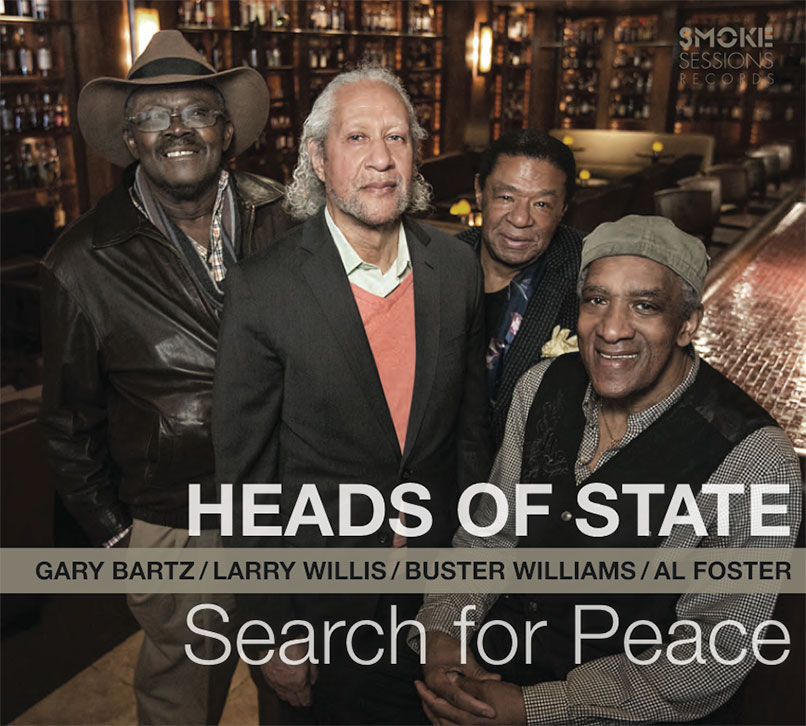 On Search for Peace, the debut of Heads of State, pianist Larry Willis joins forces with bassist Buster Williams, drummer Al Foster, and alto sax master Gary Bartz on an exhilarating set of tunes ranging from the hard-charging John Coltrane classic “Impressions” to Jackie McLean’s midtempo groover “Capuchin Swing” (a contrafact on the standard “Star Eyes”) to McCoy Tyner’s sublime title track. A surprise here is the buoyant “Poinciana” type of groove that Foster puts up underneath a refreshing interpretation of Billy Strayhorn’s delicate, elegant ballad “Lotus Flower,” which has Bartz carrying the achingly beautiful melody on alto. Likewise, the Heads have a spring in their step on their breezy interpretation of the standard “I Wish I Knew” (famously performed at a slow, luxurious tempo on Coltrane’s Ballads), which has Bartz switching to soprano sax. Bartz also contributes his urgent modal burner “Solstice” and his Monk-ish “Uncle Bubba” to the swinging proceedings. 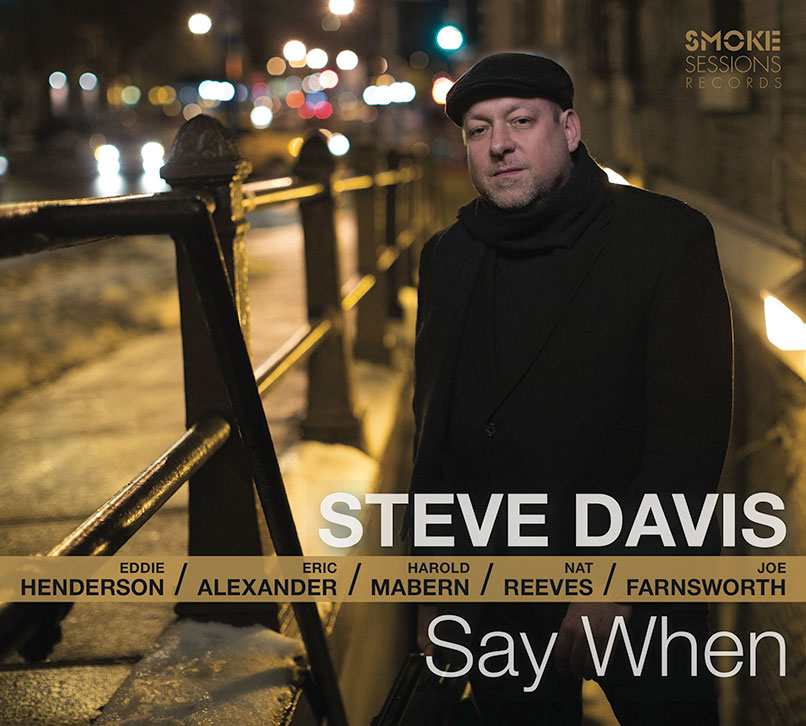 Trombonist Steve Davis, who has recorded and toured as a sideman with Art Blakey, Chick Corea, Jimmy Heath, Jackie McLean, and Benny Golson, has finally released his long-awaited J. J. Johnson tribute, Say When. On this smoking homage to the godfather of bebop trombone, fueled by the reliably swinging rhythm section of esteemed hard bop pianist Harold Mabern, bassist Nat Reeves, and drummer Joe Farnsworth, Davis is joined on the frontline by stellar improvisers Eric Alexander on tenor saxophone and Eddie Henderson on trumpet. Along with faithful takes on Johnson tunes like “Pinnacles,” “Shortcake,” the buoyantly swinging title track, and J. J.’s timeless ballad “Lament,” Davis and company burn through Johnson’s bracing bop arrangement of Cole Porter’s “What Is This Thing Called Love?” (from 1958’s J. J. in Person) and engage in some cool counterpoint and all-out burn on J. J.’s frantic bop  arrangement of “When the Saints Go Marching In.” In a quartet setting (sans trumpet and tenor), Davis takes his time on a soulful balladic reading of “There Will Never Be Another You,” and the full ensemble engages in some nifty reharmonization and soloistic stretching on Coltrane’s “Village Blues” (which Johnson recorded on 1980’s Concepts in Blue). 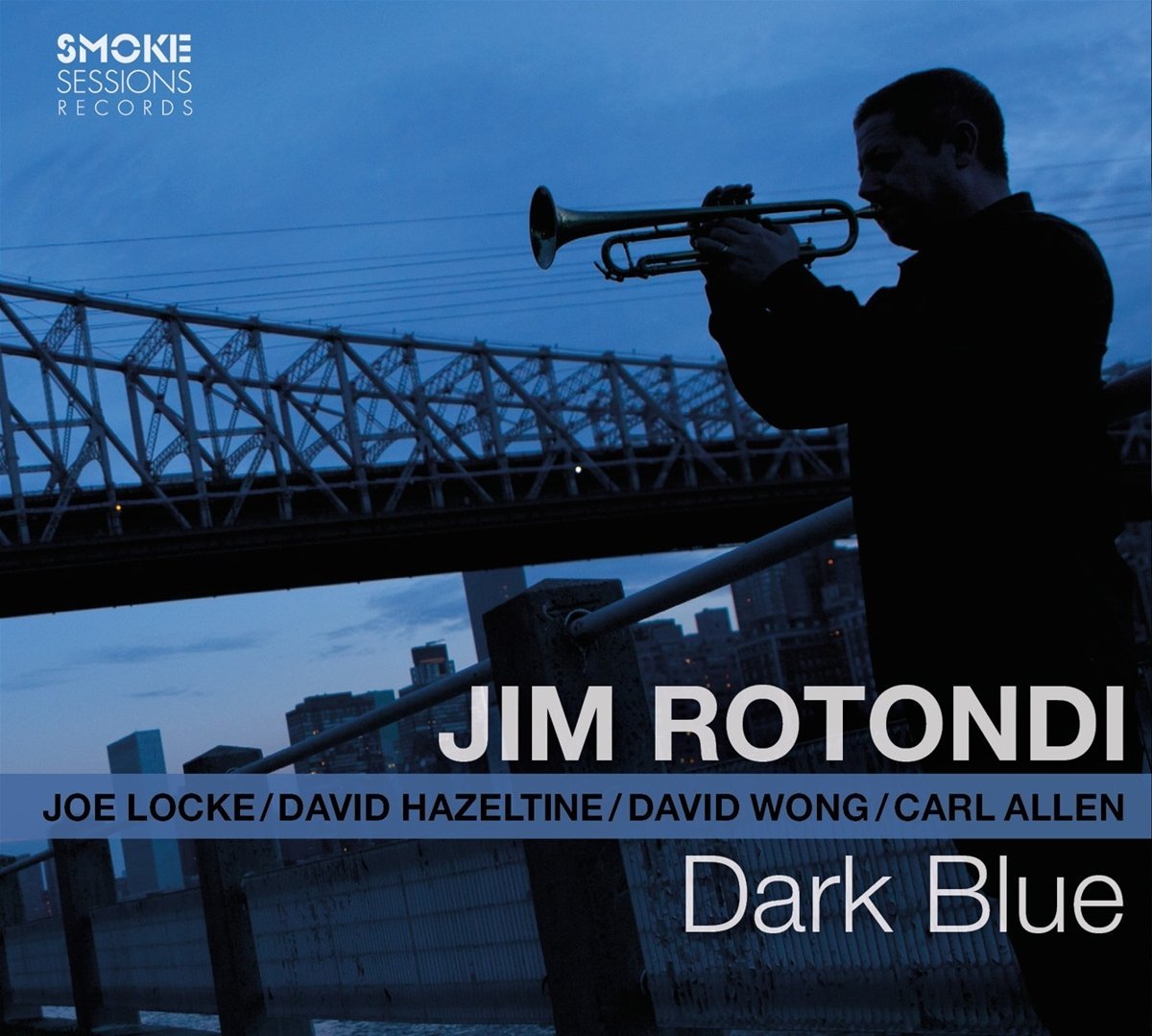 Davis’ contemporary, trumpeter Jim Rotondi, sticks to those same straight-ahead roots on Dark Blue, his debut for Smoke Sessions. A member of the One For All collective, which has made frequent appearances at Smoke since its inception, Rotondi is joined by vibraphonist Joe Locke, pianist David Hazeltine, bassist David Wong, and veteran drummer Carl Allen on a collection of bristling post-bop originals (“B.C.,” “In Graz”) and well-chosen covers (a briskly swinging waltz-time version of Anthony Newley’s “Pure Imagination” from Willie Wonka & the Chocolate Factory, a faithful reading of the gorgeous Monk ballad “Monk’s Mood,” and Hazeltine’s haunting reharmonizations of the 60s pop song “Our Day Will Come”). 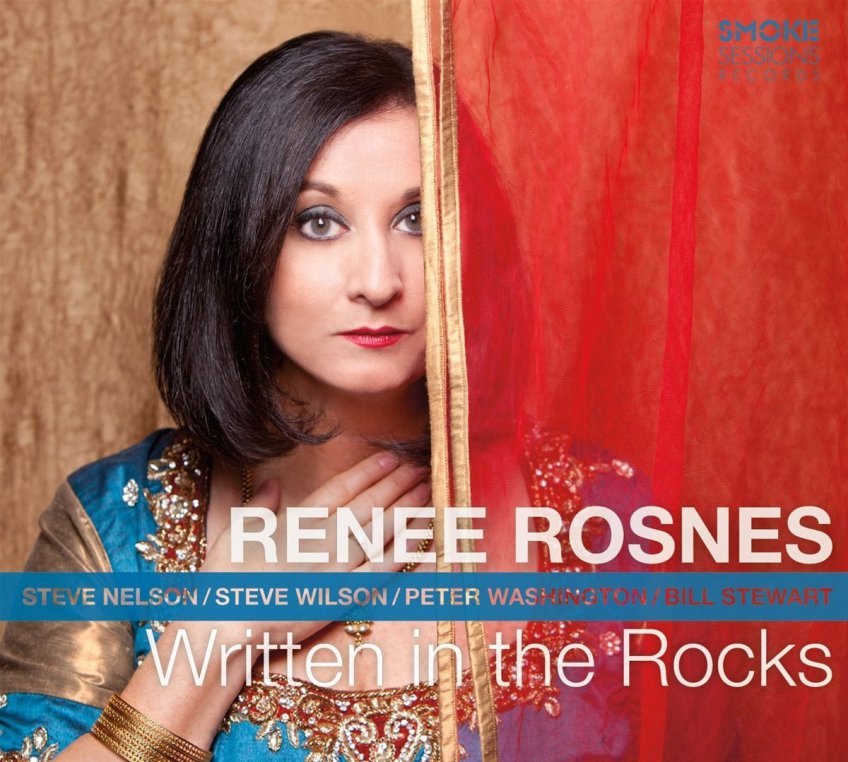 Straying a bit from the quintessentially swinging post-bop mainstream that defines Smoke Sessions’s catalog is Renee Rosnes’ thematic Written in the Rocks. Meant to convey, in seven powerful movements, the pianist-composer’s sense of awe and majesty about the natural world, this adventurous new suite is based on Charles Darwin’s discoveries in the Galapagos Islands that revealed the secrets of evolution on our planet. The music has many charms, whether it’s the kinetic pulse of Bill Stewart’s drums against Steve Wilson’s soaring flute and Steve Nelson’s vibes on “Galapagos”; the gentle, understated lullaby “So Simple a Beginning”; or Nelson’s cascading vibes work on the swinging, Chick Corea-flavored “Lucy from Afar.” The loping midtempo swinger “Deep in the Blue (Tiktaalik)” is probably the only track on this collection that might comfortably fit on any other Smoke Sessions release. The bristling “Cambrian Explosion” is a stellar showcase for Wilson’s soprano sax and Nelson’s inimitable vibes work while also highlighting Rosnes’ urge to swing. “From Here to a Star,” underscored by Stewart’s supple brushwork, is Rosnes’ clever contrafact on Irving Berlin’s “How Deep Is The Ocean?” And the jauntily swinging closer, “Goodbye Mumbai,” organically blends the pianist’s boppish-Monkish instincts with her Punjabi heritage into a sumptuous mix of world music and jazz fusion.

Muraudio Launches in Sweden and Scandinavia

Devialet Announces Gold Phantom, Most Extreme Speaker Ever Made