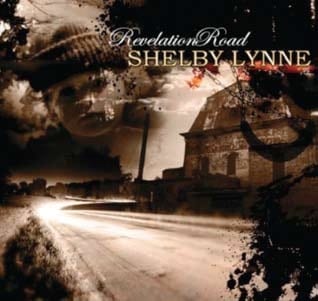 Revelation Road, Shelby Lynne’s alt- country-rock album, is about as personal as a one-woman show can get. She wrote, performed, recorded, and produced the album herself. Her choice of instrumentation—guitar, mandolin, and light percussion—is simple yet effective, and perfectly complements her cathartic tales about her troubled childhood, relationships won and lost, and ultimately, forgiveness, acceptance, and love. Lynne seizes the listener’s attention immediately with the ominous title track: “Sinners and the preacher at each other’s throats/ Which one is the bad news, man/Which one clatters most.” Songs like “I’ll Hold Your Head,” a heartrending lullaby told from a child’s point of view, are balanced by “Heaven’s Only Days Down The Road,” an intense, dramatic account of the abuse she suffered at her father’s hands. She channels Dusty Springfield in “Lead Me Love,” a smoky torch song, and “Even Angels Fall Down Sometime,” a last-call-at-the-bar slow-dance. The album’s finale, “I Won’t Leave You,” is an achingly beautiful ballad. The sonic mix is crystal-clear and detailed but enlarges Lynne’s soulful-yet-soothing voice (in both lead and luscious back-up vocals) across a synthetic soundstage. Even so her honesty and tenderness shine through with startling intimacy.