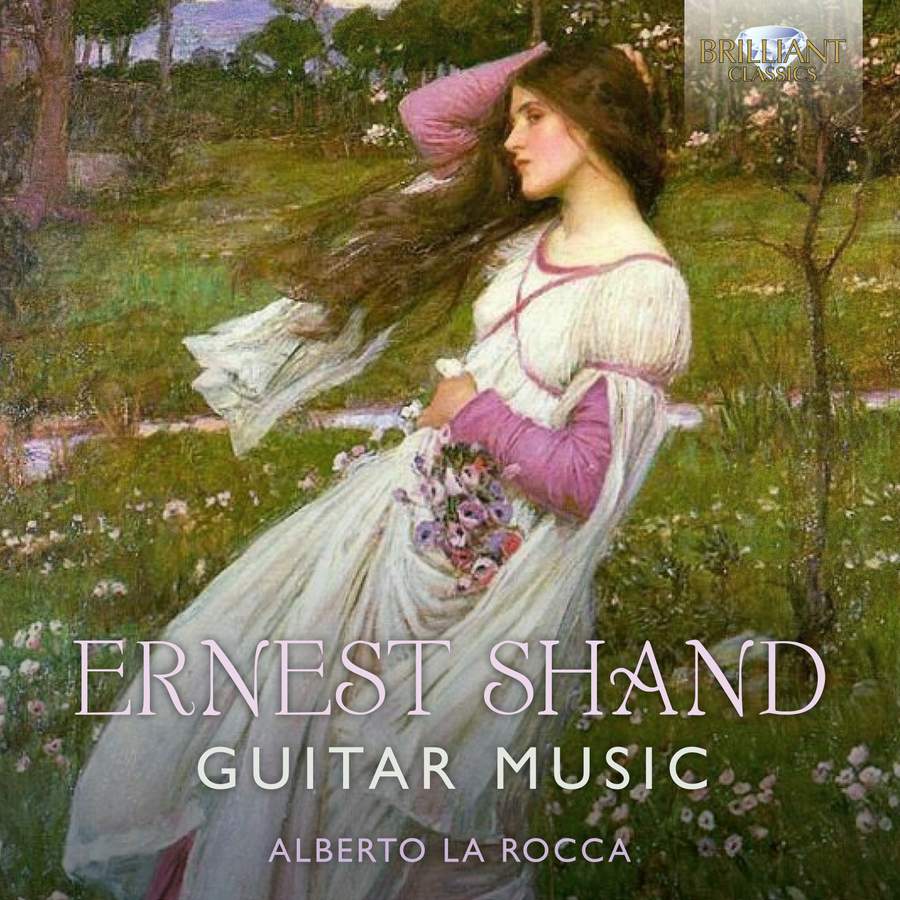 Ernest Shand (1868–1924) was a British guitarist and music hall performer who sometimes used his acting to fill out his income from composing and concertizing. He wrote over 200 guitar pieces, of which Mr. La Rocca gives us 60. All are short and in a lyrical romantic vein; while they are unfailingly pleasant, characteristics like harmonic subtlety, tweaks to the accompaniments, and unusual phrase lengths keep them from being cloying or predictable. Several tunes have a Rossini-like spunk to them. I wasn’t expecting to be quite so taken by light, salon-style pieces, but Shand’s music works as well under scrutiny as it does in the background. La Rocca plays a custom 10-string guitar with a range extended in both directions. He always keeps the spotlight on the melody and shades his tone to keep it separate from the accompaniment, truly singing with the guitar. Even melodies with a lot of repeated notes sound lyrical and forward-moving (try the Prelude et Impromptu on disc 1). The sonics are reverberant yet clear; they can change from track to track, as the music was recorded from 2013 to 2021, but that actually adds a touch of variety to so many short pieces.