The following is a press release issued by Sennheiser.

London | March 14, 2017 – Audio specialist Sennheiser has partnered with Pink Floyd to demonstrate its AMBEO 3D audio technology in action as part of the sound expert’s work for The Pink Floyd Exhibition: Their Mortal Remains, which opens to the public at London’s Victoria and Albert Museum on May 13.

One of the most anticipated elements of the exhibition is a new immersive mix of Comfortably Numb from the Live 8 concert – the last time David Gilmour, Nick Mason and Richard Wright played onstage with former member Roger Waters – created using Sennheiser’s AMBEO 3D technology in a brand-new format using 25 speakers. AMBEO 3D places sound both around and above the listener, delivering an immersive audio sensation unlike anything visitors have experienced before. 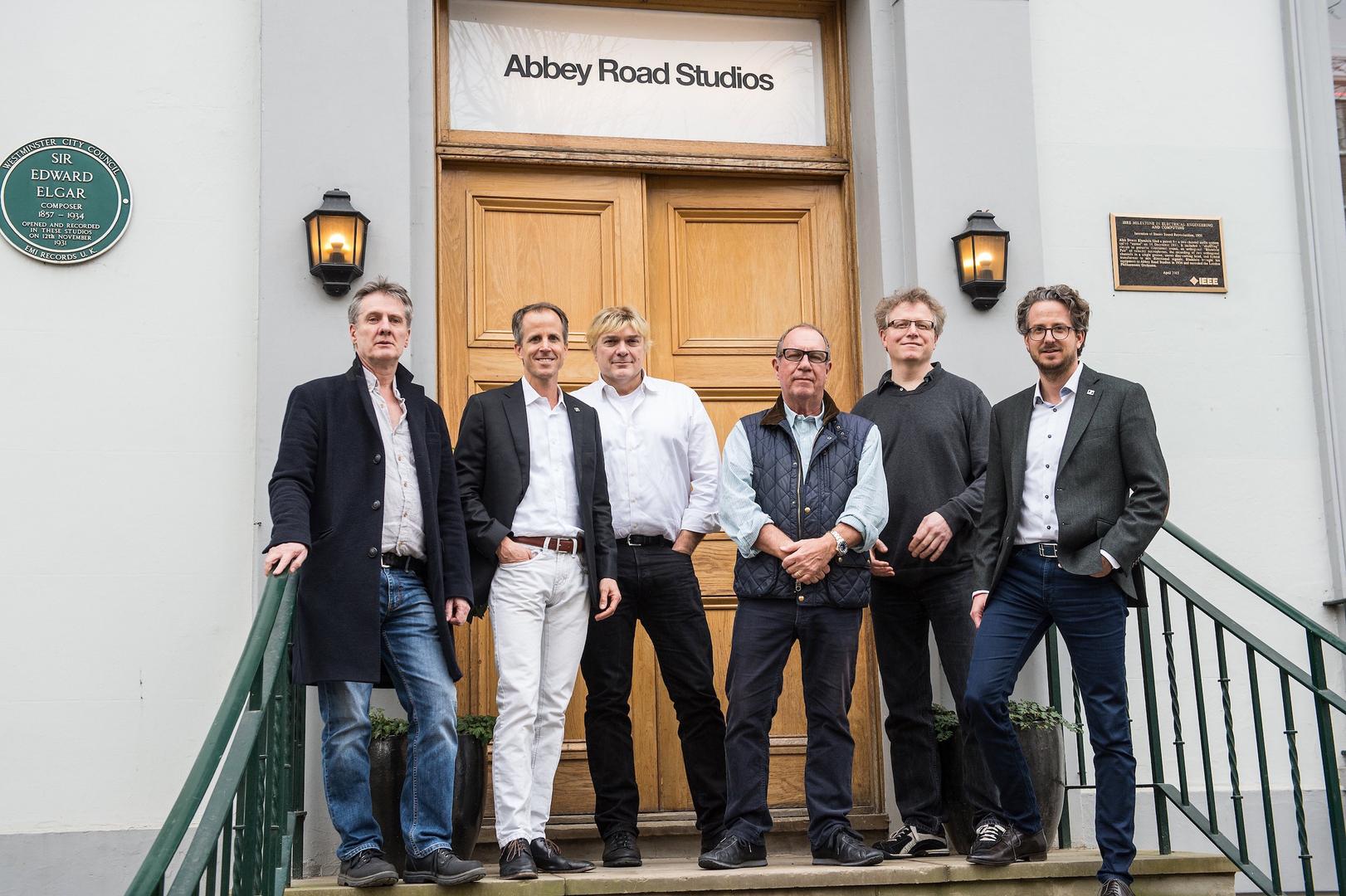 The 360 degree surround mix was presented earlier this month at the world-famous Abbey Road Studios in London, where Pink Floyd recorded a number of their albums including The Dark Side of the Moon and Wish You Were Here. Pink Floyd associate, recording engineer Andy Jackson, who worked with Pink Floyd on several albums including The Division Bell, is collaborating closely on the project with Simon Rhodes and Simon Franglen, the mastermind producers behind the brand new AMBEO version of Pink Floyd’s music, creating new mixes which utilise many more discrete channels than were previously possible. Rhodes is a senior engineer at Abbey Road with over 18 years’ experience of working on productions for projects including the Avatar and Spectre movies, whilst Franglen is a Grammy Award-winning and Golden Globe-nominated composer and producer with credits on many of the biggest films of all time, including Titanic and Avatar.

As official audio partner for the Pink Floyd: Their Mortal Remains exhibition, a retrospective of the band’s history, connecting music, sound technology, live performance and more, Sennheiser will enable captivating audio experiences for the visitor using its innovative AMBEO 3D technology. Sennheiser systems will be used for audio elements throughout the exhibition, including the delivery of highest-quality arrangements from historic Pink Floyd documents.

Pink Floyd’s Nick Mason, who made a return to Abbey Road during the production of the AMBEO 3D mix, commented on the collaboration: “We have been using Sennheiser equipment ever since Pink Floyd started out as a live band and used the MD 409 microphones for our performances, so it is only fitting that they provide the audio experience at our exhibition. Sennheiser has been at the cutting edge of audio technology for a very long time, so we have no doubt that they will help make Their Mortal Remains something special.”

“Pink Floyd has worked with Sennheiser and Neumann microphones throughout their career. To come back to the Abbey Road studios to jointly work with the AMBEO 3D audio technology is a very special part within this collaboration”, said co-CEO Daniel Sennheiser. “3D audio is the new frontier of sound excellence, set to transform the listening experience for users. We are very happy to bring that special audio experience to The Pink Floyd Exhibition”, adds Dr Andreas Sennheiser.

On the production of the AMBEO 3D version of Comfortably Numb from Live 8, Simon Franglen added: “I can’t think of a band that is better suited to Sennheiser’s AMBEO 3D technology than Pink Floyd. They pioneered surround sound in their live shows, now Sennheiser’s 3D immersive audio pioneers a completely new experience. It allows the audience to hear every detail inside the performance. I can’t wait to see what Pink Floyd fans make of the 3D audio version when they see the exhibition.”

The Pink Floyd Exhibition: Their Mortal Remains will open to the public at London’s Victoria and Albert Museum on May 13, 2017. Tickets to the exhibition are available now from: www.pinkfloydexhibition.com

Watch the video about the AMBEO 3D audio session at the Abbey Road studios here: https://www.youtube.com/watch?v=yMlFN8V4qW4

About Sennheiser
Audio specialist Sennheiser is one of the world’s leading manufacturers of headphones, microphones and wireless transmission systems. Based in Wedemark near Hanover, Germany, Sennheiser operates its own production facilities in Germany, Ireland and the USA and is active in more than 50 countries. With 19 sales subsidiaries and long-established trading partners, the company supplies innovative products and cutting-edge audio solutions that are optimally tailored to its customers’ needs. Sennheiser is a family owned company that was founded in 1945 and which today has 2,750 employees around the world that share a passion for audio technology. Since 2013, Sennheiser has been managed by Daniel Sennheiser and Dr. Andreas Sennheiser, the third generation of the family to run the company. In 2015, the Sennheiser Group had sales totalling €682 million. www.sennheiser.com