Sean Costello: In the Magic Shop

In The Magic Shop 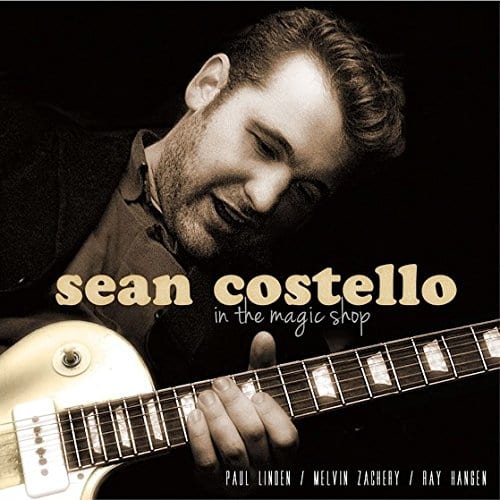 A couple pertinent details about the astonishing “new” Sean Costello album: recorded in 2005 at The Magic Shop in New York City, its dozen mostly original tracks were only recently dusted off and polished to gleaming, widescreen sonic perfection by original producer (and four-time Grammy winner) Steve Rosenthal, whose poetic reminiscence in the liner booklet is a most moving tribute to a gifted, generous artist; also, all profits from album sales will support research at the Sean Costello Memorial Fund for Bipolar Research, in order to help fight the disorder that claimed the artist’s life on April 15, 2008, a day before his 29th birthday. Otherwise we are talking about a fully realized personal statement in blues and true R&B with Costello’s basic trio supplemented by a handful of guests. The revealing songs include a funky but searing R&B confessional, “I Went Wrong,” fueled by Costello’s gritty, soul-baring vocal; a beautifully nuanced, impassioned reading of “Trust in Me,” Mildred Bailey’s atmospheric, slow grooving blues ballad from 1937; “Make a Move,” all ferocious funk and gospel thrust—every song, in fact, is a highlight. Gone but vividly remembered, Sean Costello is fully present as a guitarist-vocalist-songwriter on this, a bona fide masterpiece.