Putting sound quality issues aside for a moment, when you ask an audiophile who has yet to embrace digital and streaming sources why he hasn’t made the leap, the answer usually includes the difficulty in easily and accurately connecting with and finding all the different music in his library. As someone who embraced digital music and streaming early on, I have to admit that finding all my digital music files has never been as simple as going to my record shelves and pulling out an album, but it should be that easy.

Roon’s latest version, 1.8, finally makes finding music, both in your home library and Roon’s supported streaming services, Qobuz and Tidal, almost as easy and intuitive as grabbing an album off the shelves, but with less crouching. To accomplish this required a major overhaul of Roon, which is why Roon 1.8 is such a big deal. And while longtime users won’t find radical changes in the basic layout, ergonomics, and playback methodology, they will, if they begin to explore, discover that Roon now uses its vast troves of metadata in a far more feature-rich manner that it happily shares with its users.

For readers who are unfamiliar with Roon, it is an application that claims to be “the ultimate music player for music fanatics.” Roon accomplishes this in several ways. First, it unites home libraries and streaming services libraries from Tidal, Qobuz, and Dropbox into one comprehensive, cohesive, and completely searchable library. And Roon’s search functions are extensive (we’ll get into how powerful and flexible later). Next, it makes it easy to send music to any room in your home via Ethernet or Wi-Fi. Finally, it provides a stable, hardware-agnostic platform that allows for individual optimization of every DAC you may possess. 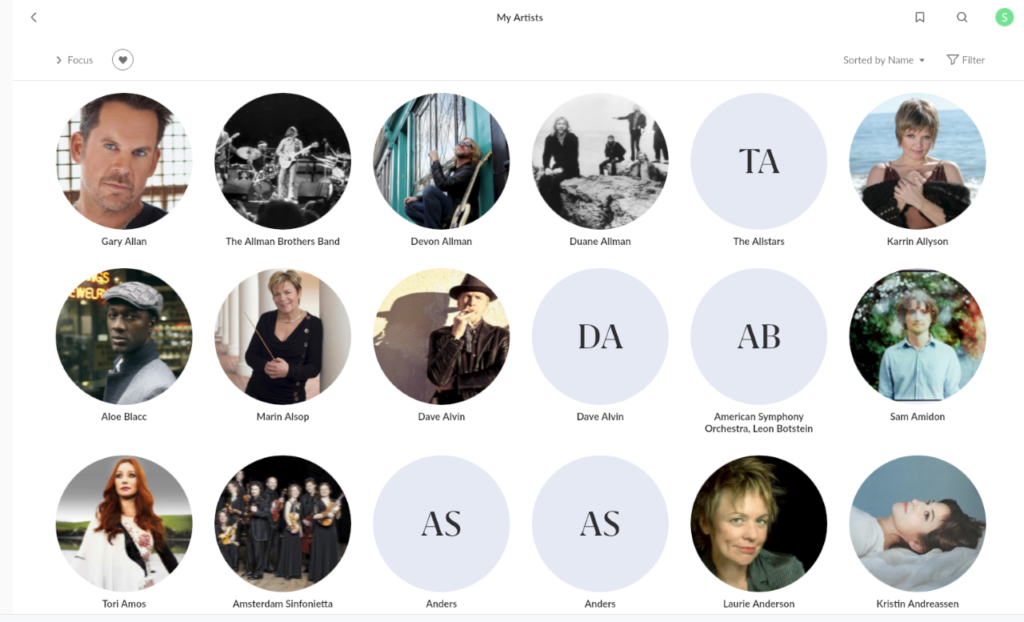 The Roon application has three different, yet complementary, parts. The main part is the Roon Core. This is the section of Roon that does all the processing and interfacing. When using Roon, the Core section must be active at all times and should be on a computer with multiple processing cores, as well as a solid-state storage drive for the app itself. I’ve had my Roon Core (actually the desktop version, which is a combination of the Roon Core and Controller) on an Apple MacPro desktop, titanium trashcan model, for several years now.

Roon’s Core can also be installed on its own dedicated computer, and Roon even sells a “Nucleus” stand-alone computer that is specifically configured to run Roon. Roon offers two versions, the Nucleus ($1459) and the Nucleus Plus ($2559). You can also install the Roon Core application on one of 17 different Intel NUC computers that Roon has approved for Roon Core installation. Prices for these range from around $300 to just under $1000 for a NUC10i7FNx with case and solid-state drive. How hard is it to build you own NUC to run Roon? Here’s a quote from someone after a build: “It took literally 49 seconds to install and after that simply run Roon, select the core (which popped up immediately), and copy my music files to the internal 1TB SSD I installed.”

The other two parts of the Roon playback application are the Controller and the endpoints. The Controller app is the interface part that lets users make Roon sing and dance. It can be installed on any Android or iOS phone, Windows or Mac desktop or tablet, and offers all the control functions for Roon. An endpoint is any playback device that Roon supports. In my Roon system I currently have 16 endpoints, which includes four Raspberry Pi’s, three DACs connected via USB to my MacPro desktop, two DAC/streamers, several portable players, and a host of iOS and Android devices. Because I can, I have all my Roon endpoints connected via CAT 5 Ethernet, but Roon supports Wi-Fi (and AirPlay) as well as Ethernet endpoints.

Although they were the go-to (in fact, the only) sources […]

Max Townshend, designer and owner of Townshend Audio, has died. […]

If you’re a jazz fan, you’re familiar with the music […]

Philosophical Notes: The Hedonic Treadmill or Why New Equipment Doesn’t Seem Quite So Amazing