The 2014 Newport show was another huge success, so much so that it may move to a larger and more deluxe venue next year. The Hilton and Atrium hotels are stretched to their limits by the ever-growing number of exhibitors, and particularly, by the crowds that get larger every year.

I wasn’t able to get into as many rooms at this year’s show, so I’ll share with you what I thought were the highlights of the new products I saw. 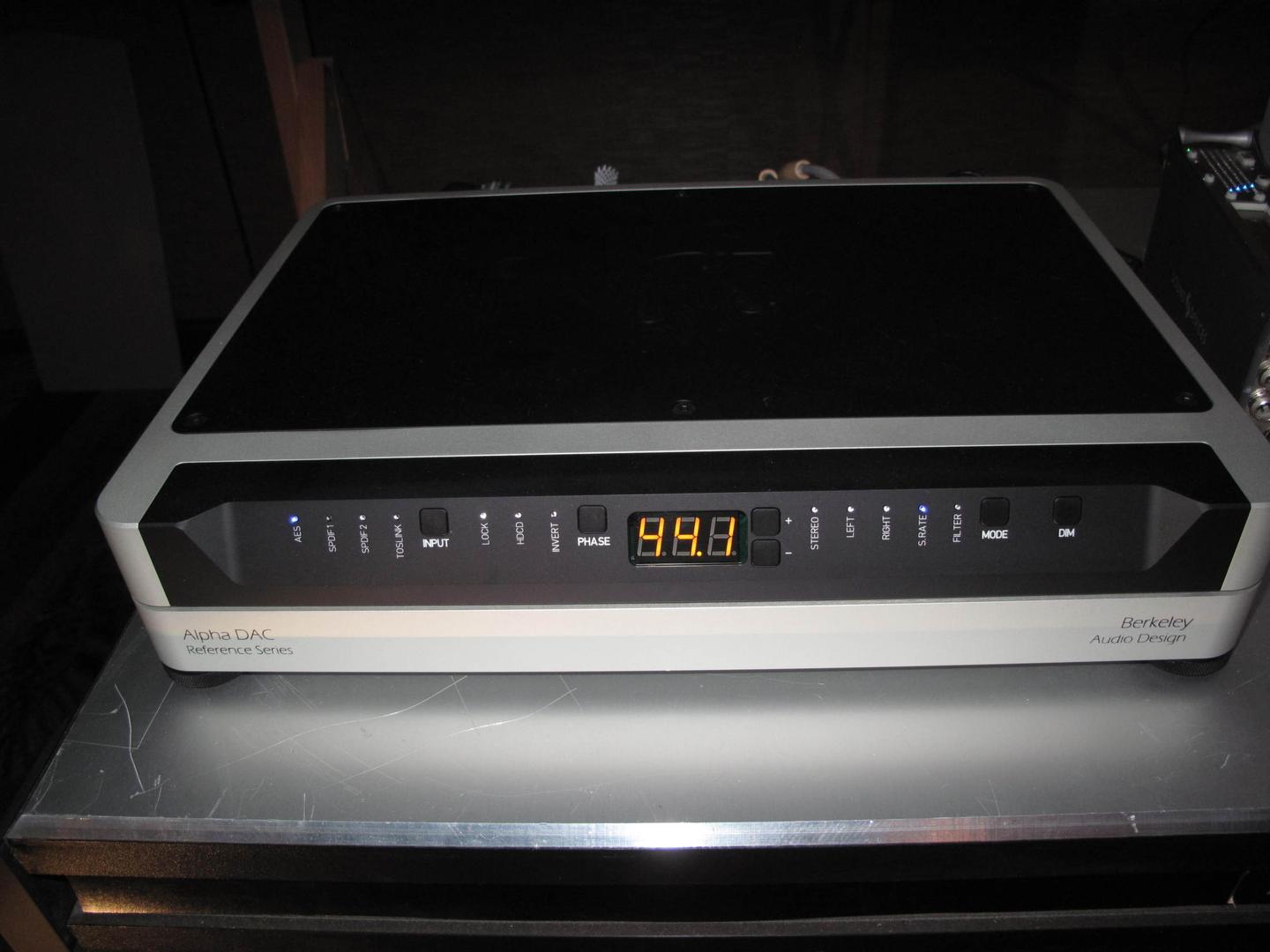 Berkeley Alpha Reference DAC
The most eagerly anticipated introduction at T.H.E. Show Newport for me was the long-awaited Berkeley Alpha Reference DAC. Six years after introducing the category-killer $5000 Alpha DAC, Berkeley Audio Design has upped the ante with an entirely new and more ambitious DAC that just might challenge the state of the art in digital conversion. The $14,000 Alpha Reference incorporates everything Berkeley has learned in the past six years, and benefits from a significantly larger parts budget. For example, one component of the Reference’s clock costs forty times more than the equivalent part in the original Alpha. The Reference is the result of a five-year development effort; Berkeley wouldn’t release the Reference until it believed that it had extracted the highest possible performance from the unit. Although it’s impossible to isolate the sound of a single component when auditioning an unfamiliar system, the system in which the Reference DAC was playing was spectacular. It included Peter McGrath’s high-resolution master recordings, Constellation Audio’s new Inspiration Series electronics (see my Munich report for details), and Wilson Alexia loudspeakers, all put together by LA-area retailer Maier Shadi of The Audio Salon. This system was one of my three favorites of the show. I’m about to receive a review sample; watch for my full report. 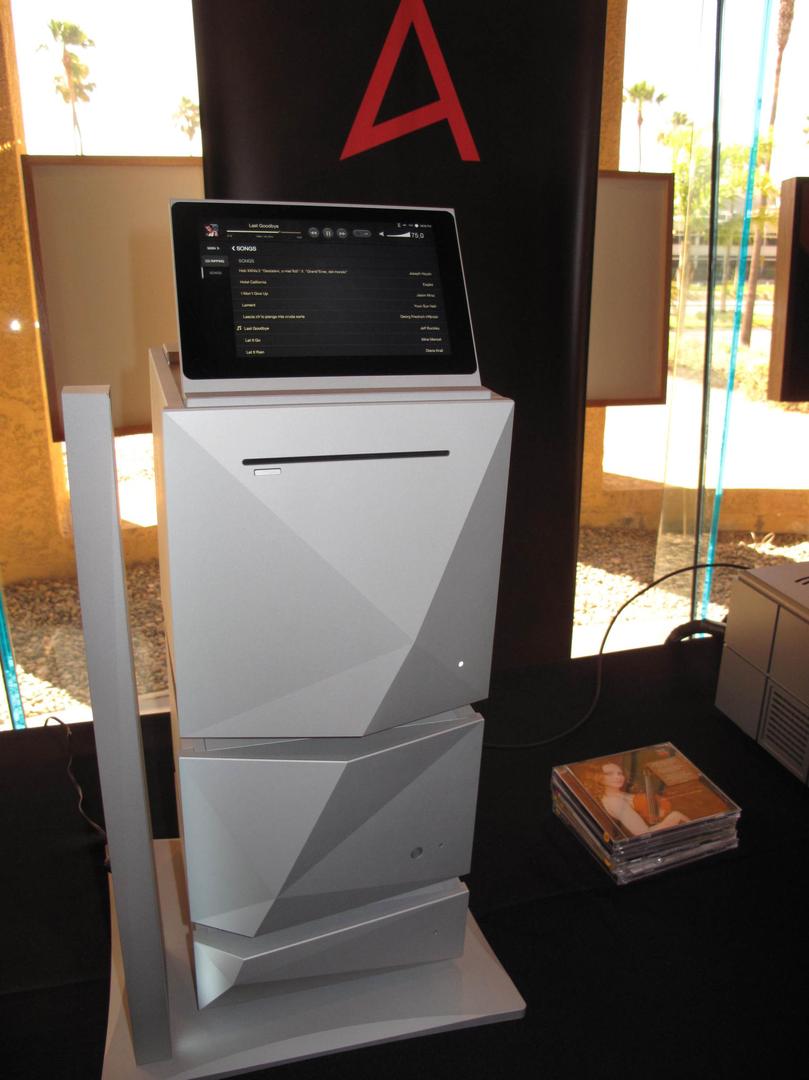 Astell&Kern: No Longer Just Portable Players
One of the coolest-looking audio products not just at the Newport show but at any show is the forthcoming Astell&Kern 500N network player. This forward-looking product not only looks like a piece of sculpture rather than audio gear, but has an advanced feature set that exemplifies the new ways of accessing music. The 500N’s three chassis (streamer/DAC, amplifier, expandable storage) are mounted on an integral platform and illuminated by a narrow vertical column the height of the three chassis. A hinged 7** touchscreen, located on the top component, provides the user interface including a complete library-management system. When not in use the display folds flush with the top panel. The 500N includes a 1TB solid-state drive (expandable to 8TB in the lower-most chassis) and supports virtually every format including double-DSD. A CD drive is provided for ripping your disc library. DLNA (Digital Living Network Alliance) support is provided, meaning that you can stream music from any PC, Mac, or network-attached storage device on the network. Ethernet and built-in wireless networking expand the 500N’s versatility. If you have an Astell&Kern AK100 II, AK120II, or AK240 you can even transfer music between the portable player and the 500N. The 500N can also be controlled remotely via an iOS or Android app. The DAC section is built around a dual-mono DAC architecture, and offers balanced and single-ended outputs. Look for the 500N in the fourth quarter. No price was announced. 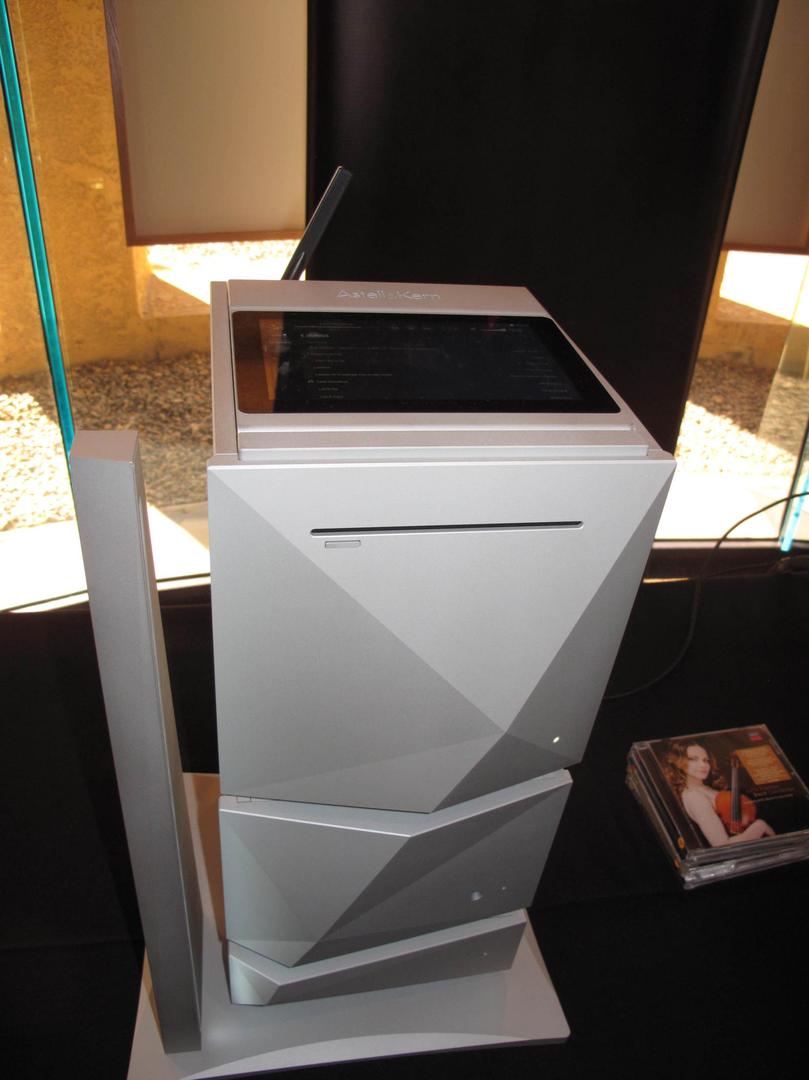 Astell&Kern also showed the second-generation version of its AK100 and AK120 portable players (the AK100 II at $900 and the AK120 at $1700), along with a new flagship portable unit, the AK240 ($2500) The new models feature the same chipset throughout the line (from Cirrus Logic). Additional features include balanced outputs, double-DSD support, Wi-Fi connectivity that allows you to stream music in standard resolution or high-resolution from a Mac or PC that’s connected to the network. You no longer need to drag ’n’ drop music files on your PC to the AK. In addition, the firmware is upgraded wirelessly as well.

Von Schweikert Audio VR-100XS Loudspeaker
Von Schweikert Audio hasn’t had much success demonstrating its flagship VR-100XS loudspeaker ($140,000) at the last few shows; the sound has been plagued by problems. For this Newport show, Albert Von Schweikert vowed to take complete control over the playback system and setup so that listeners could hear the speaker’s potential. It was worth the effort; the VR-100XS was magnificent, and one of the show’s musical highlights. Despite being in a standard-sized hotel room, the VR-100XS had extremely smooth and extended bass, with none of the typical bottom-end colorations. This is likely the result of the dual outboard bass drivers that operate differently from conventional subwoofers. Designed to be placed behind the listener, these modules “pressurize” the room with low frequencies. In addition to terrific bass, the VR-100XS had stunning transparency, resolution, and articulation through the entire spectrum. Driven by Constellation electronics (Centaur monoblocks, Virgo II preamp) and an Esoteric CD/SACD player, the VR-100XS was magnificent. This appears to be a world-class loudspeaker.

Best Sound (for the money)
The new Magnepan .7 sounded absolutely amazing, and will cost just $1300 when it’s launched later this year. The .7’s bottom end can be augmented with Magnepan’s outstanding and unobtrusive bass panels, as it was in the demo.

Although not entry level, I was absolutely blown away by the tiny Raidho X-1 loudspeaker ($7200 with stands) driven by the new Hegel H300 integrated amplifier. The source? CD-quality streaming via a new Norwegian service called Wimp (great idea, bad name). The X-1 is a giant-killer above 100Hz.

Most Significant Product Introduction
Based on Berkeley Audio Design’s track record, the Alpha Reference DAC just might challenge the state of the art in digital playback.

Most Coveted Product
Astell&Kern AK240 portable player. With the ability to play any file format including double-DSD, spectacular sound, stunning build-quality, and the ability to load music seamlessly, the AK240 takes portable music to new heights.