This CES brought a whole slew of affordable new integrated amps, preamps, and power amps from established players as well as from less-familiar brands. The biggest news in affordable electronics at CES was undoubtedly the introduction of NAD’snew Classic Series comprising two integrated amplifiers, a stereo receiver, a preamplifier and power amplifier, and two CD players. These new models appear to be technically superior to their predecessors, which virtually defined the concept of high-value in budget gear.

Lew Johnson of Conrad-Johnson showed me the company’s new McCormack line, which includes a linestage preamp (LD-2, $2495) that can be configured with a mm/mc phono stage ($2995). The LD-2 uses a new BurrBrown volume control and other refinements, which the company says contributes to the LD-2’s liquid and tube-like sound. The DNA-250 ($3995) is a stereo amplifier with 250Wpc that is based on the “Distributed Node Architecture” power supply concept first used in the DNA-1, in which each output transistor gets its own reservoir capacitor located right next to it. This is in contrast with most amplifiers that use a couple of large capacitors shared by all the output devices. The rest of the DNA’s circuit, however, has been completely redesigned with new input and driver stages. A second amplifier, the <st1 stockticker=”” st=”on”></st1>DNA-750 monoblock ($4750 each), benefits from these upgrades. It delivers a whopping 750W into a typical 8-ohm loudspeaker, and 1000W into 4 ohms. Finally, the DP-2 CD (3495) player has a completely discrete analog output stage. The four products will begin rolling out later this month.

Italian manufacturer Goldenote, maker of the highly regarded Stibbert CD player, introduced an entire line of electronics spanning a wide price range. The S-1, S-1 Signature, S-3, and S-3 Signature integrated amplifiers made their U.S. debut at the show. The S-1 ($1436) is a hefty, 22-pound unit that delivers 40Wpc, and can be ordered with an optional variable-gain phonostage. The S-1 is truly dual-mono design, with separate power transformers for each channel—an unusual touch for a company’s entry-level integrated amplifier. The Class A low-level section is based on Goldenote’s Mirror-Amp concept that reportedly greatly reduces distortion. A motorized volume control is standard. The Signature version ($1866) uses matched transistors, higher-grade components, and a bigger power supply to deliver 60Wpc. 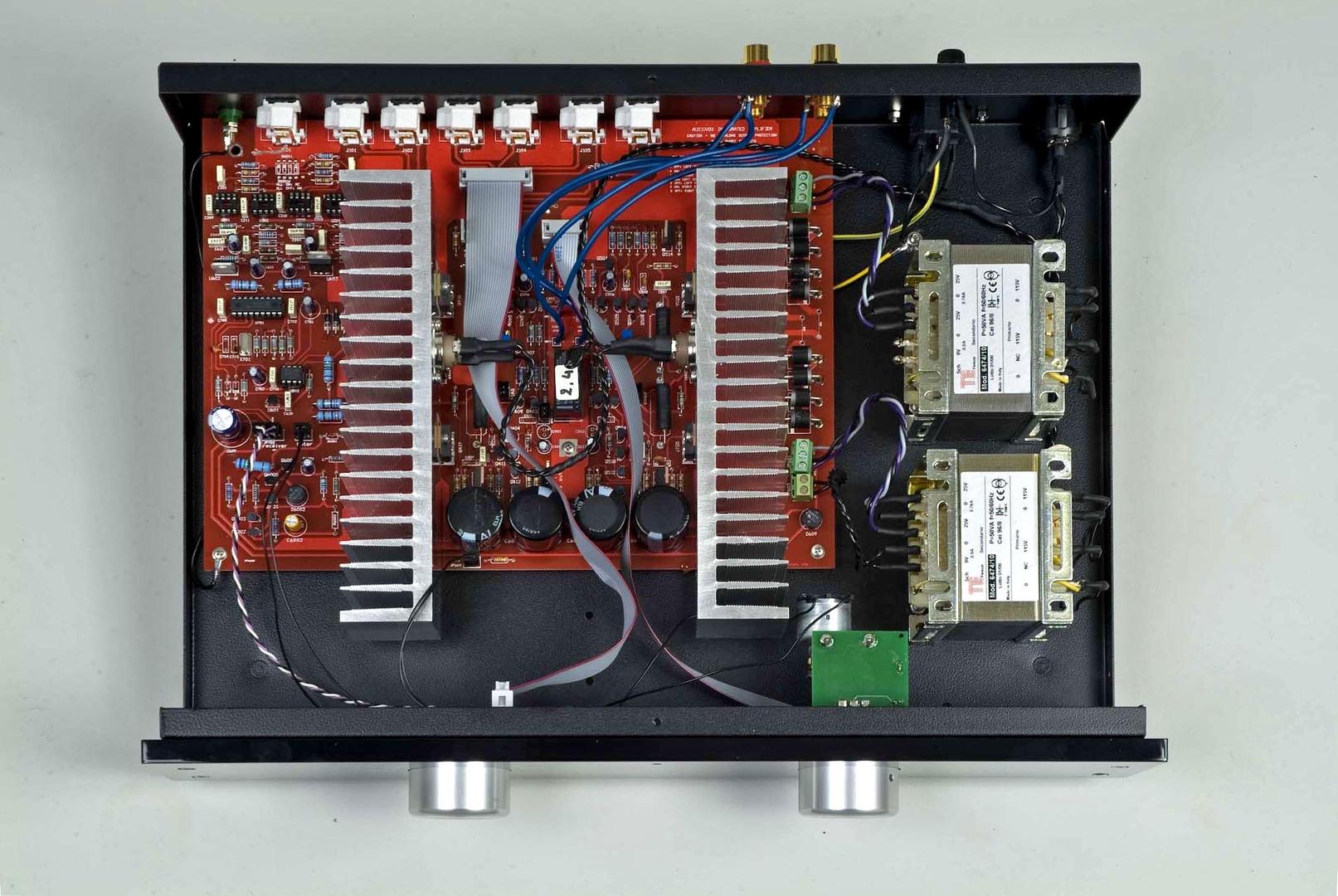 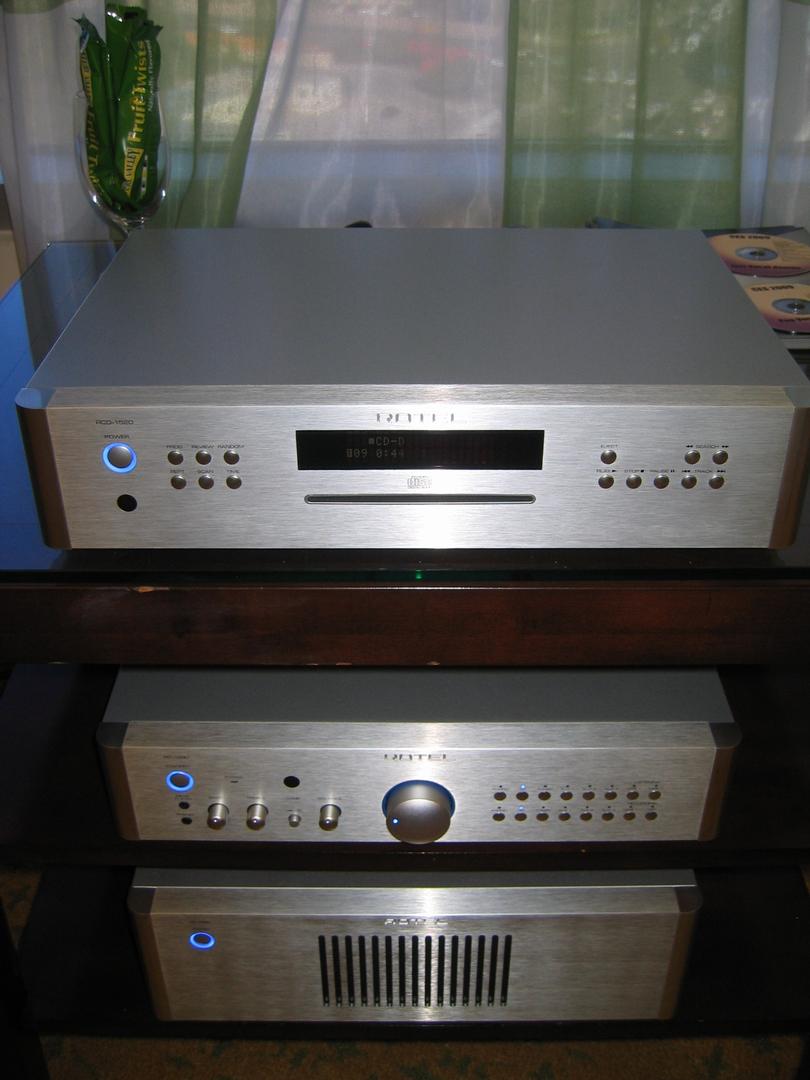 Rotel introduced an entire line of affordable electronics that replaces the venerable and long-lived “10” Series. The new “15” Series includes the $995 RCD-1520 CD player, the direct replacement for the outstanding and popular RCD-1072. The player features a slot-loading transport, Wolfson DACs, and an all-new analog output stage. The RC-1580 is a full-function preamplifier with tone controls (with defeat switch) that sells for $1295. The matching power amplifier is the RB-1582, a 250Wpc stereo unit based on a Class D output stage. Two lower-priced separates are also in the line: the RC-1550 preamp at $699 and the RB-1550 amp (120Wpc, Class D) at $995. The RA-1520 integrated amplifier ($995) rounds out the all-new “15” Series from Rotel.

The coolest product at CES was a complete desktop music system from McIntosh called the MXA-60. The system, released to celebrate the company’s 60th anniversary, sports classic McIntosh styling (illuminated front panel, dual chrome knobs) but in miniature. The system plays CDs, SACDs, AM/FM radio, HD Radio, and comes complete with speakers. The coolest touch is a glowing vacuum tube behind the front-panel glass that drives the transistor output stage. The MXA-60 will be available in August. Price: TBA. 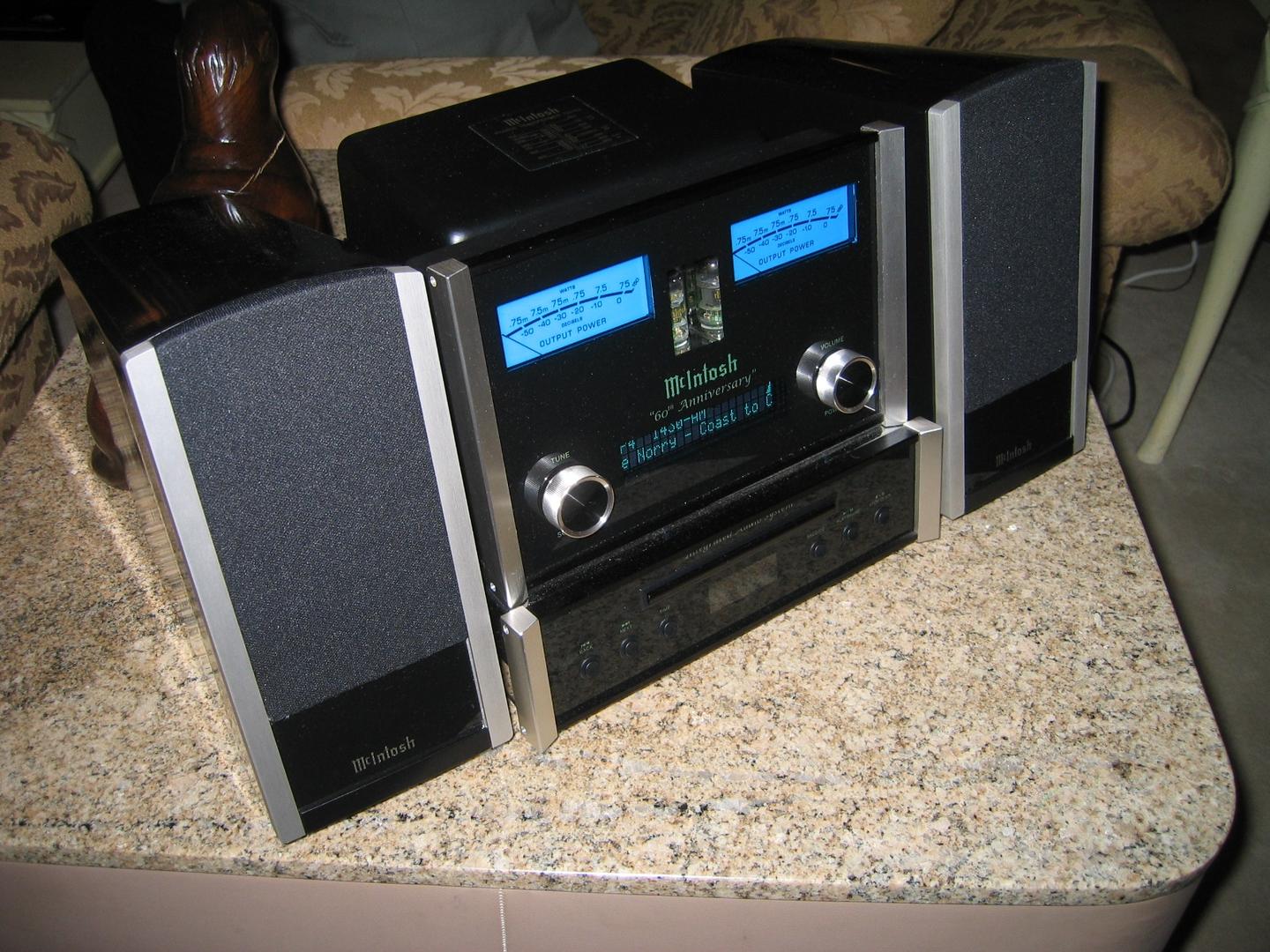 Primare introduced the Elicit, an 85Wpc integrated amplifier that sells for $2995. It features a resistor-ladder volume control and an optional mm/mc phono board. For the serious LP enthusiast, Primare introduced the IOS outboard phonostage at $3200 with front-panel gain and loading settings, and an internal step-up transformer for moving-coil cartridges. These new products are in addition to Primare’s existing line of preamps, power amps, integrateds, and desktop systems

(Editor’s Note: This is an excerpt from Robert Harley’s CES 2009 Report. The full report will appear in the upcoming issue of “The Absolute Sound.”)

From the Editor: Summary Judgment

In this issue’s Letters column, reader Barney Vincelette laments the […]

Can you hear the difference in Synergisitc Research’s UEF Linear Power Supply?

On April 18th the high-end audio community lost one of […]

Derek Hughes has worked in the audio industry for over […]