Sometimes stuff happens. Marriott was supposed to have completed refurbishing all the rooms in its Denver Tech Center hotel before RMAF, but failed to meet its deadline. As a result, the total number of exhibitors, exhibit rooms, and sleeping rooms in the hotel was reduced. To salvage exhibition space for CANJAM, this headphone showcase was moved into a huge, outdoor pavilion and a row of freestanding (but connected) pods were called into service as showrooms. That made this show different.

And while I did hear some complaining from a few exhibitors, the smart ones still managed to turn their lemons into a more than palatable beverage. I spent a goodly chunk of time in the big and somewhat environmentally challenged CANJAM enclosure and I felt like a kid under the big top. If only someone had thought to bring along some cotton candy, I could have totally regressed.

Colorado’s own PS Audio unveiled its latest, the new DirectStream Memory Player ($5999), which expands upon the features and ideas of the Perfect Wave Memory Player, with the addition signal processing from the DirectStream and DSJ DACs. The DirectStream Memory Player includes a USB-stick input and the ability to play SACDs and output raw DSD to other PS Audio DACs. In the PS Audio suite, up on the 11th floor they decided to go “heavy metal” with Scaena La Maitresse Ultime loudspeakers ($125,000/pr.). The only downside of the system on the 10th floor was that it could play so loudly—and was playing so loudly that I needed to employ earplugs when I was in the room.

Under the big-top pavilion (don’t you dare call it a tent) AudioTechnica demonstrated its new big-dog headphone amplifier, the AT-HA5050H. Also called a hybrid headphone amplifier ($5999), it employs pair of tubes in the preamplifier stage coupled with bipolar Class A operation in the output. The AT-HA5050 also includes a USB DAC with both asynchronous and adaptive modes that supports up to PCM 32-bit/384kHz and DSD128. Its front panel has dual VU meters and a range of output connections with four different output impedances (two outputs each of 0.1, 33, 82, and 120 ohms). It also has both balanced and unbalanced analog inputs as well as SPDIF digital.

Sonoma is a brand-new company with a name you might recognize. Sonoma was the name of Sony’s original DSD recorder workstation. David Kawakami, who was the head of Sony’s SACD division, has formed a new independent firm to make electrostatic headphones. Other folks on the creative team included Gus Skinas, John Garrison, and Dr. Andrew Demery. The Sonoma Model One (M1) headphone includes a Class A energizing amplifier with both analog and digital inputs and will retail for $5000. The electrostatic laminate transducer is a high-precision structure developed by Warwick Audio Technologies Ltd. that can be produced with automated manufacturing techniques. The earcups are injected magnesium, a substance that’s both light and strong. 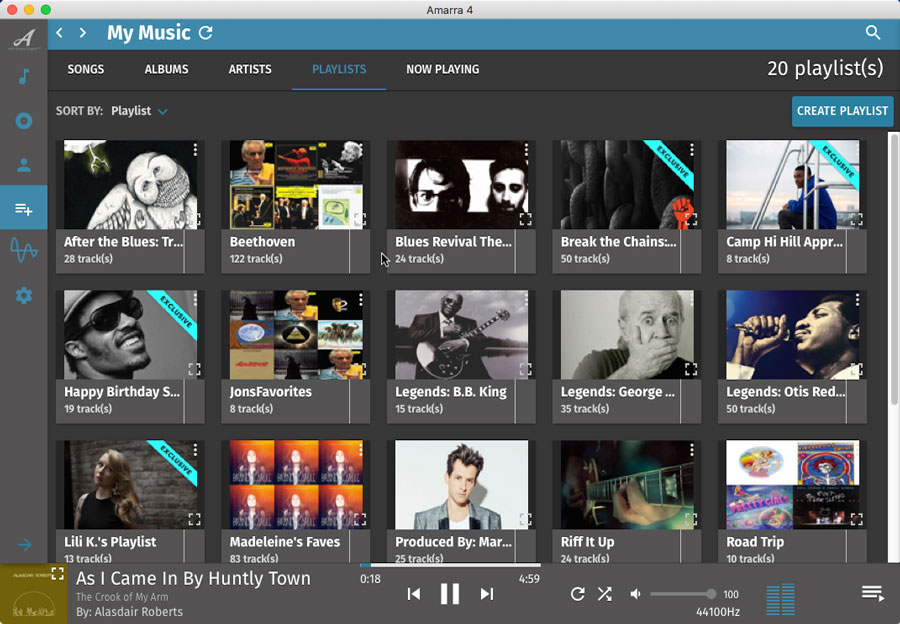 In a ballroom that I almost missed completely (it was still a really big show), Sonic Studio Ltd. demonstrated its brand-new Amarra 4 playback software. Two versions, Amarra 4 and Amarra 4 Luxe will support an integrated music library system with both local file support and the ability to incorporate Tidal streaming. The interface is completely new: Rather than having the controls sitting on top of your iTunes window, Amarra will offer an interface completely independent from iTunes (except that you can import iTunes complete music library into Amarra). The new Amarra 4 will also incorporate a new signal-processing engine and web-based UX.

You can’t say that the folks at Hegel don’t have a sense of humor. Hegel introduced a CD player with intentionally limited capabilities. It only plays Red Book CDs and it uses older, discontinued, Sanyo read-only drives that Hegel must source from wherever they can find them. Hegel then updates the drives with newly designed servo circuit boards, the “best” DAC chips running at 44.1, and Hegel’s patented “sound engine” to control the clock to reduce jitter “down to levels we have never reached before.” For audiophiles whose music collection is still primarily CDs, this player, appropriately called the Mohican CD player ($5000 MSRP), could indeed be the last CD player they will ever want or need. 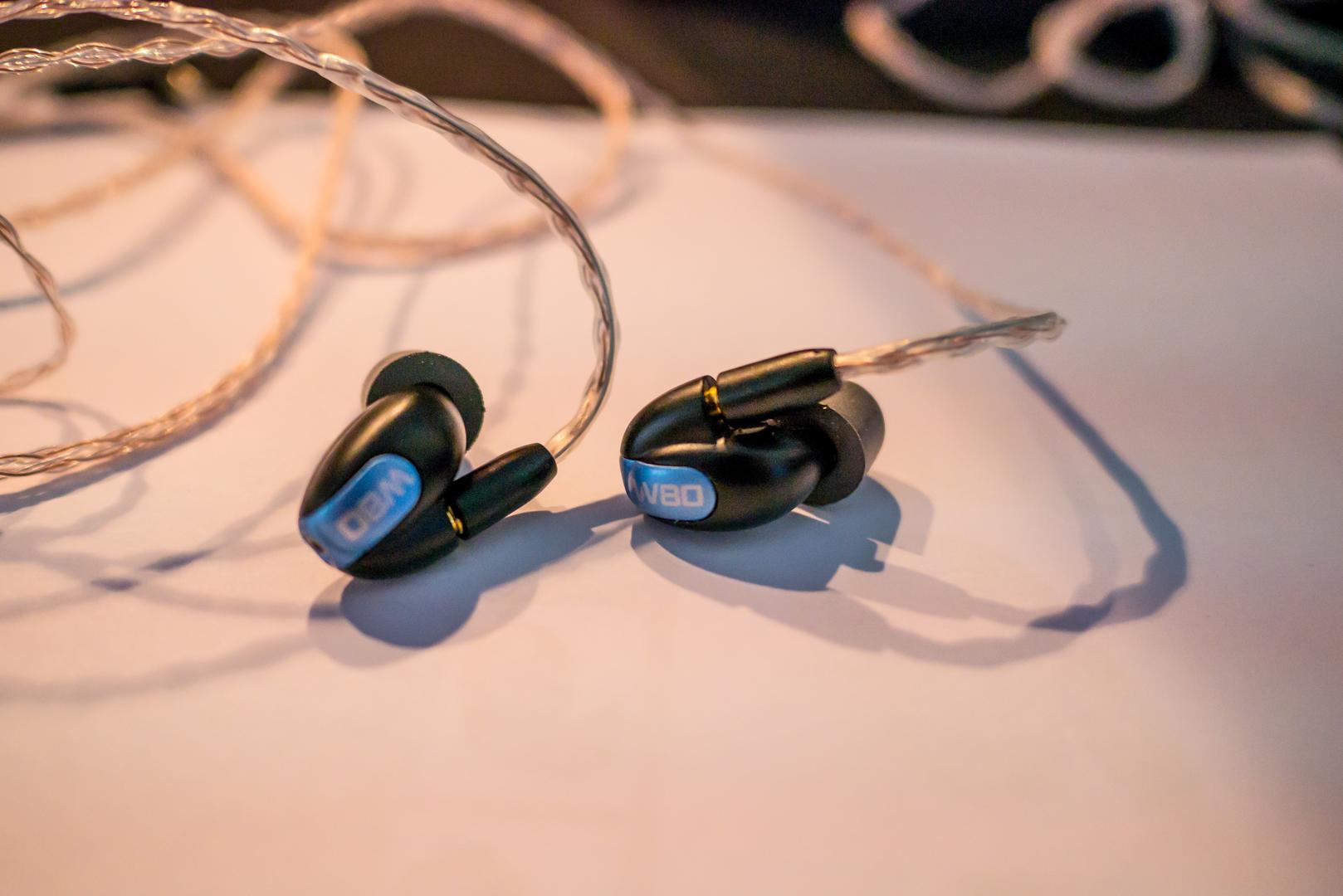 Aurender introduced the A10 caching network music server/player with analog outputs. Among its many features are dual-mono DACs utilizing dual 768kHz 32bit AK4490 DAC chips with a discrete linear power regulator. It also has a 120 GB SSD for caching playback as well as a 4TB hard drive for music file storage.

Mytek Digital, who was the second license after Meridian to ship an audiophile DAC with MQA technology, introduced its MQA-capable Manhattan II DAC. It includes many enhancements and innovations over the original Manhattan DAC. The new Manhattan II DAC includes a reference USB/network DAC/preamplifier with MQA decoder, 384k PCM and DSD256 capabilities, as well as a phono and an analog preamplifier with a reference-quality headphone amplifier. It can also integrate digital streaming via Tidal, and when used with the optional phono input card it can deliver vinyl analog playback for reference listening on headphones and speakers. There will also be an optional “Roon-ready” network card that will give the Manhattan II Roon endpoint capabilities.

Auralic unveiled its new Polaris wireless streaming amplifier ($3800 MSRP) that includes a power amp delivering 120 watts into 8 ohms, and it can accept digital and analog inputs. Digital inputs include AES/EBU, coaxial SPDIF, USB, Airplay, Bluetooth, Songcast, and it’s Roon-ready. Analog inputs are available for both line-level and mm phono (36dB gain). The Polaris also supports any digital format up to 384/32 and 256DSD. Control interfacing is via the RC-1 remote control, Roon, or Auralic Lightning DS.

MQA had a strong presence on the 8th floor of the Marriott Tower. During a press conference on Friday, MQA creator Bob Stuart (pictured below) announced that there are now more than 200 MQA-encoded albums available online, and more new titles are coming very soon. It will be a while before Tidal comes onboard with MQA because it wants to unveil a deep catalog with its initial rollout. However, RMAF attendees did have the opportunity to listen to MQA files streamed by Tidal via a Beta install in several rooms. I spent some time in the Brinkmann room listening to MQA files through its new Nyquist DAC ($18,000) connected via Brinkmann amplifiers to a pair of Vandersteen 5A Carbon loudspeakers. It was among the best-sounding demos at the show.

Other manufacturers who were showing MQA-capable DACs included Aurender in rooms 8010 and 8014, MSB’s Select DAC in 8015, Bel Canto in room 7025, Bluesound and NAD in room 8021, Pioneer and Onkyo in the CANJAM pavilion, Mytek in the lobby area, and Meridian Audio with Constellation in room 8032. Cary Audio also had a passive display of its new MQA-compatible DMS-500 in room 8014.

The CANJAM pavilion was full of new products, many of which were U.S. premieres. Acoustic Research displayed a new, lower-priced portable player, the AR-M20 ($699). Rupert Neve Designs had its RNHP precision headphone amplifier ($499) that has a 24-volt amp combined with calibrated balanced and unbalanced line inputs. Sony featured its new Signature Series (pictured below) of reference personal audio devices including the NW-WM1Z Walkman player ($3200), MDR-Z1R full-sized stereo headphones ($2300), and the TA-ZH1ES desktop headphone amplifier ($2200).

My award for strangest new in-ear goes to Russia’s Stereo Pravda. They showed a seven balanced-armature-per-capsule deep, and I do mean deep, insertion in-ear monitor. With a 15-ohm impedance and remarkably flat impedance curve throughout its audible range, the SB-7 sounded wonderful, but with that deep insertion I felt that the SB-7 should have at least bought me dinner first.

The Brinkmann room used the new Brinkmann Nyquist DAC ($18,000) as source, with Brinkmann Marconi preamplifier ($12,000), and Brinkmann mono amplifiers ($15,000/pr.) driving Vandersteen 5A Carbon loudspeakers ($29,000) with AudioQuest cabling throughout, situated on HRS stands. It was the only small-sized room with full-range speakers that had deep bass without midbass bloat.

In the Zu/Peachtree Audio room I found a system that despite its small size and price could fill the cavernous room easily and with finesse. It had three pieces, the Zu Soul loudspeakers ($2000) Peachtree 125 integrated amplifier ($1000), and Zu speaker cables ($349). The source was Peachtree Audio’s David Solomon’s smartphone. The total cost was $3349.

More streaming and more wireless capabilities on all digital devices.