The Performa series is the middle of the three lines from Revel, part of the high-end division of Harman known as the luxury Audio Group which also manufactures JBL synthesis, lexicon, and, of course, Mark Levinson. Now in its third generation, the Performa3 series includes compact and floorstanding models plus multichannel-specific loudspeakers— that is, center and surround channels. This review considers the meat and potatoes of the Performa3 collection, the mid-sized $3500 F206 floorstander and its stand-mounted cousin, the $2000 M106 (see sidebar).

I have twice toured Harman’s extensive R&D facility in Northridge, a community in the north valley region of Los Angeles. I’m familiar with the depth of research and analysis, the rigorous product testing, and the extensive listening that goes on there. Product changes are made after great deliberation, and at a pace that suggests little regard for the hiccups of market trends. Thus models like the Ultima Salon2—the Revel flagship—and the earlier Performa F52 (a personal favorite, see my review in Issue 162) have been perennials on TAs’ Editor’s Choice list. However, even the most successful products need a reboot from time to time and Revel’s latest represents a significant evolution of a proven loudspeaker line.

Visually the look of Performa3 is, indeed, more in tune with to- day’s market. Gone are the square profile and sharp corners of the past. In their place is a softer, more curvaceous enclosure narrowing from the front baffle to the rear panel—a look that bears distinct similarities to Ultima2. Anchoring the enclosure is a flared plinth stabilized by heavy adjustable spiked footers. The Performa3’s curved enclosures are inherently stiffer than the box shapes they re- place and are formed with contiguous wood layers and modified internal bracing patterns to address the non-parallel-walled construction. The loudspeaker grilles attach magnetically and the enclosures are finished in high-gloss piano black or white or American walnut. Everyone who encountered them in my listening room remarked on the superb finish quality of the Indonesian-manufactured line.

For the record, the F206 is a three-way floorstander in a bass- reflex configuration fitted with a front-firing port. The drivers include a pair of 6.5″ woofers and a single 5.25″ midrange transducer, both of which employ ribbed-aluminum diaphragms with cast-aluminum baskets. They also feature copper Faraday rings that stabilize the flux field during operation, assuring lower harmonic distortion even at high listening volumes. Crossover points are 275Hz and 2.15kHz. The aluminum dome tweeter has been fashioned around a newly designed motor and dome assembly. But the attention-getter is the tweeter’s integrated and visually arresting acoustic-lens waveguide, based, in Revel’s words, on a “breakthrough mathematical approach.” Veteran Product Development Manager Kevin Voecks commented that “the primary point of using a waveguide is to match the dispersion of the tweeter with that of the midrange (or woofer, in a two-way system) over the crossover range.

One thing is certain, it doesn’t take a “golden ear” to be smitten by the prodigious strengths of the F206. In fact, it doesn’t even take five minutes. The speaker has charisma pure and simple— and by that I mean it offers such an enthusiastic outpouring of musicality, dynamic energy, and imaging precision that it simply commands its audience’s attention.

The F206 is a paradigm of balance—one that doesn’t campaign for a specific sonic criterion to the exclusion of others. Tonally there are no broad flat spots or nasty peaks. Rather, it presents a united front built upon low-frequency dynamic reserves, excellent slam and midrange dynamic presence, and a treble range that’s eloquent yet mercifully without the needle of tweeter localization. To some this essentially neutral tonal profile may convey a little bit of the unblinking eye of a studio control monitor. Frankly, compared to the alternative, I consider that a more-than-laudable goal. However, the F206 is better than that; its openness in the treble and general tonal warmth keep accusations of “analytical” at bay. Still, few artifacts or colorations from other elements in the system chain escape the F206’s gaze.

Its core strength is the top-to-bottom coherence of its four-driver array. The sound emerges from a firmly rooted low-frequency foundation—an attribute that anchors all the other elements of a symphony orchestra and equally serves small combos, solo piano, or rock/pop chestnuts. There’s not a whisper of drivers going rogue or intimations of individual transducers rat-tat-tating as if from a machine gunner’s nest. Regardless of the source material, I consistently experienced a sense of densely packed layers of sound, an acoustic fabric of seamless energy unbroken within the sturdy proscenium created by the F206. While only a mid-sized speaker it scales images grandly in the room. As I listened to the now-classic LP Sussex Overtures by Malcolm Arnold [Reference Recordings RR-48] I noted the stunning image separation, the contrasting tonal colors of the clashing wind and brass sections, the transient detail flying off the bow of the bass violins during a pizzicato section, the waves of reverberant air generated by the timpanists and percussion section. (In the interests of full disclosure it was only later, as I was casually scanning this album’s liner notes, that I was reminded that Voecks, then of Snell Acoustics, is a credited consultant on this superior album.)

As regards imaging, throughout my sessions with the F206 and M106 I could hear something different about the Performa3 tweeter and waveguide. It was the element that separates Performa3 from its predecessor. Clearly it was integrating smoothly with the mids, as was evident each time I played a choral track like the Rutter Requiem [Reference]. The human voice, solo or in groups, remains for me one of the best means to validate inter-driver coherence. But there was something more. And as I listened to tracks of the Jimmy Cobb Quartet on Cobb’s Corner [Chesky], it crossed my mind just how well the trumpet was supported from below and how fully integrated it was within the venue. What was different about the trumpet’s image, and now as I look back on my listening notes the Revel’s imaging in general, was a slightly greater width to individual images—less defined edges and softer, more rounded boundaries. Certainly there was plenty of transient mouthpiece and breath action, but the Revel’s treble didn’t etch images as forcefully within the soundstage. It more reasonably and, I think, accurately let images open and spread their harmonic wings with minimal constriction. For me, the Revel makes the more authentic interpretation and creates a sound that I expect to hear in the concert hall.

The overall quality of the bass is excellent, honest, and strong. It’s virtually billiard-table flat down to forty cycles with solid response smoothly rolling off into the mid-thirties. This is exactly as stated in the Revel literature, which I later confirmed with an informal RTA sweep in my room— the flattest in-room measurement I’ve attained outside of the omnidirectional mbl 120 (Issue 228). A hint of midbass warmth conveys weight but also an organic sense of low-frequency air that underscores the natural hall ambience of a recording. The Revel narrowly misses the deepest wavelike rumblings of the pipe organ in Rutter’s Requiem—that adrenaline rush of floorboard and room-rafter excitation that makes the finest hairs on the back of your neck stand up. But there’s more than enough bass to satisfy all but the most ardent subwoofer devotee. 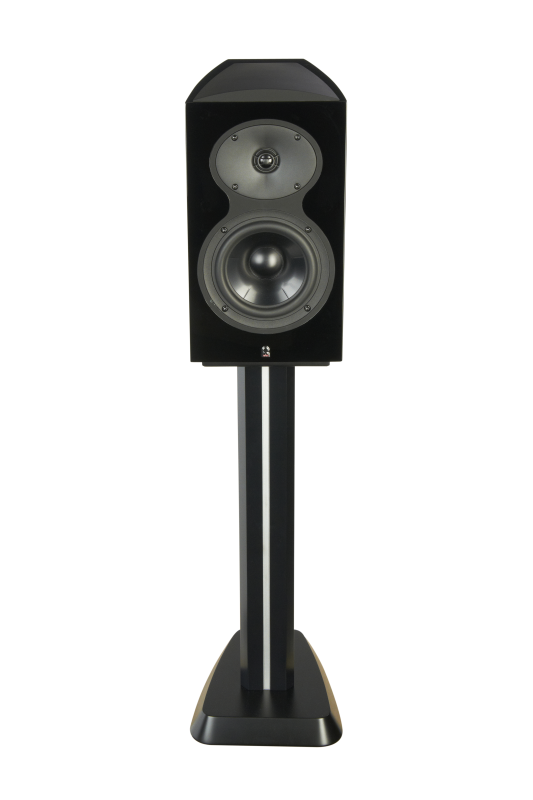 The takeaway here is the level of quality and integration, as bass response dovetails into the lower midrange—a quality on display during Holly Cole’s “I Can see Clearly.” On this track the bass line vamp has a distinctive, almost bouncy up-tempo flavor meant to elicit the optimism that is the song’s theme. Each note, as if leaning forward ahead of the beat, should be resolved cleanly and with definition. The F206 nailed them. Additionally there is very little noise from the forward-firing port, and although the bass-reflex configuration of the F206 isn’t completely invisible, its impact on the overall pace and flavor of the low-frequency reproduction is minor.

Turning to LP playback I pulled Christopher Cross’ eponymous debut album from the rack—a multi- platinum blockbuster back in 1980. Cross nabbed all four major Grammys for his efforts. In any case I hadn’t listened to this one in some time and was pleasantly surprised to discover just how much low-level information and timbral detail were left in its grooves. The seamless midrange/tweeter integration of the F206 made child’s play of the soaring string charts penned by co-producer Michael Omartian during “sailing.” Not to mention the inner detail and resolution the Revel displayed reproducing the soulful backup singing by former Doobie Brothers’ front man Michael McDonald during the monster radio hit “Ride like The Wind.”

Still I have to admit there were moments when I longed for a slightly lighter and faster touch with transients and a more effortless sense of upper-frequency air and extension. Soundstage width is excellent but depth information is only average. The speaker does cry “uncle” a bit on the deeper rumbles of the last half-octave or so of bottom bass—so I could ask for slightly more resolution of the deepest bass cues. Finally, whether it’s the cabinet or the port or a combination of both, midbass information can sometimes sound a mite over-ripe, making symphonic crescendos and heavy percussion lose some definition.

The Performa3 F206 and M106 are segment- defining loudspeakers. And by emphasizing the sonic totality of the listening experience, they have more than exceeded my already lofty expectations. I’m often told that there are no bargains anymore in the high end. Well, naysayers haven’t met the F206 and M106. So seek them out. Revel has just given “value-level” a fresh kick in the pants.