The RCA Classic Film Score Series has no   equal among film music recordings, musically or sonically. Yet, despite the consistently high sound quality of the series, RCA butchered its initial release on CD in Dolby surround sound that largely eliminated the almost unprecedented combination of sonic richness and inner detail that characterized the original LPs. The series is also probably the best example of the unmatched acoustics (for recording) of Kingsway Hall. When Sony purchased RCA, it partially but not completely corrected the problem by reissuing the series with much improved sound (compared to the original CDs). The Sony recordings came close to the original LPs sonically, but until now the series has never been available in high-resolution audio.

Now Dutton Vocalion is slowly making individual recordings from the Classic Film Score Series available on hybrid SACD. They have already released Sunset Boulevard (Franz Waxman), Citizen Kane (Bernard Herrmann), and Lost Horizon (Dimitri Tiomkin). Sunset Boulevard is probably the best sounding recording in the series. The well-chosen collection emphasizes Waxman’s versatility and contains several sonic spectaculars, including “The Creation of the Female Monster” from Bride of Frankenstein, “The Ride to Dubno” from Taras Bulba, and a brilliant suite from Prince Valiant, plus music from Rebecca and Academy Award winners A Place in the Sun and Sunset Boulevard.

The Herrmann album contains what is still, by far, the best recording ever made of music from Citizen Kane, featuring a young, fresh-voiced Kiri Te Kanawa in what I think was her first recording of the Salammbô aria, plus the “Concerto Macabre” for piano and orchestra from Hangover Square, the wild “Death Hunt” from On Dangerous Ground, and a suite from Beneath the 12-Mile Reef that is a showcase for Herrmann’s colorful and highly personal orchestral style. In comparison to Waxman and Herrmann, Lost Horizon will likely appeal only to incurable Tiomkin fanatics. 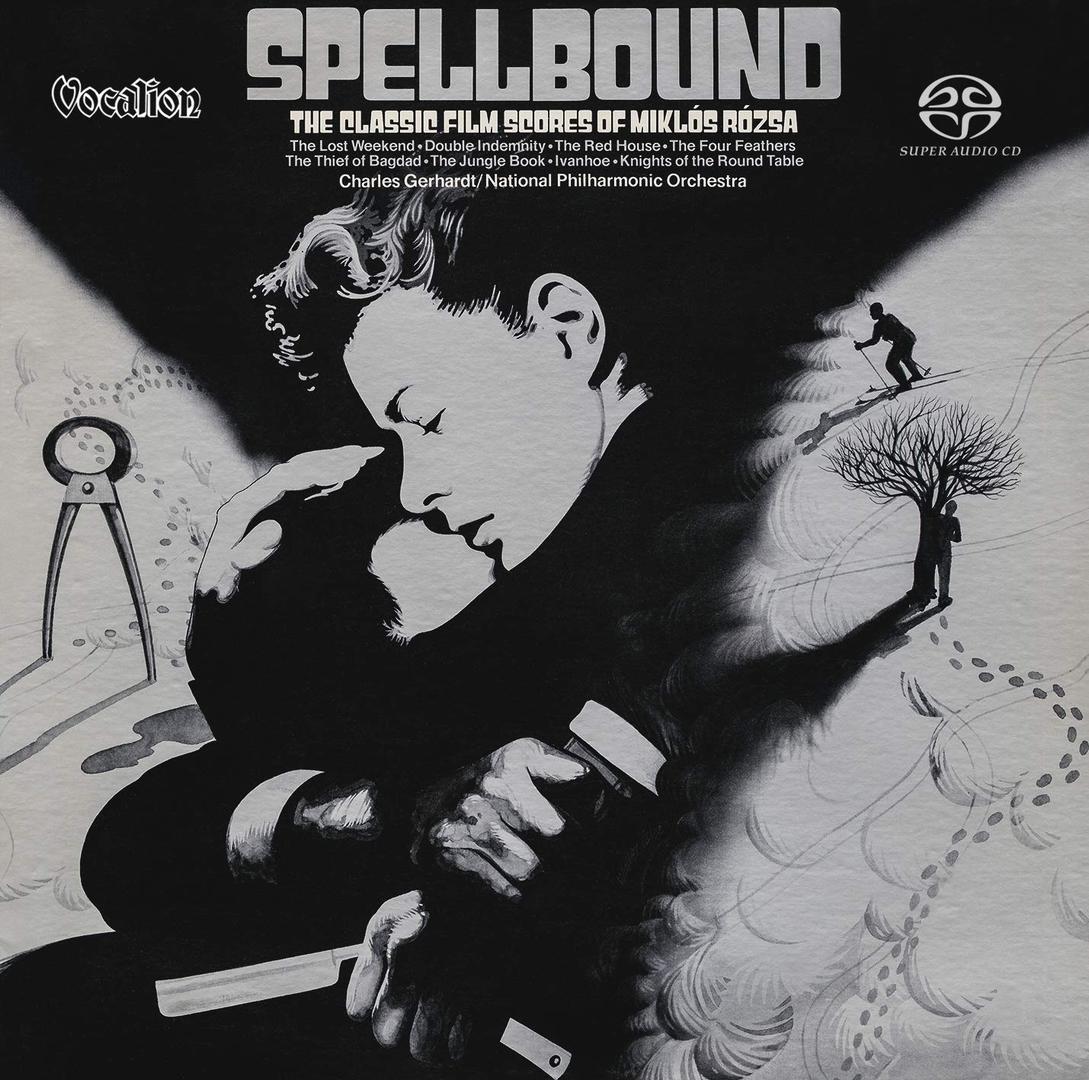 Dutton Vocalion’s most recent releases are Spellbound: The Classic Film Scores of Miklós Rózsa and Captain Blood: Classic Film Scores for Errol Flynn. For those film music fans primarily interested in the triumvirate of Warner Brothers composers in the 1940s (Korngold, Waxman, and Max Steiner) plus Herrmann, the Rózsa recording could conceivably be a letdown, but the amazing selections make that unlikely. The Lost Weekend Suite with a rich and warm organ pedal at the end is very powerful, and The Thief of Baghdad, The Jungle Book, Knights of the Round Table, Ivanhoe, Double Indemnity, and Spellbound are all included among Rózsa’s most famous scores, but lengthy suites from The Red House and The Four Feathers are major surprises containing some of his best orchestral music. The Julius Caesar Overture from The Spectacular World of Classic Film Scores is a bonus track. The SACD maintains total clarity of all of the instrumental lines in Rózsa’s dense orchestrations. This is a sonic match made in heaven. 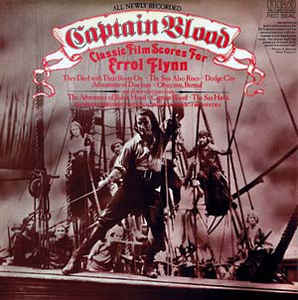 Classic Film Scores for Errol Flynn is a concert of uniformly good music from those composers at Warner Brothers (Korngold, Waxman, and Steiner) and an excellent suite from The Sun Also Rises (20th Century Fox) by the rarely recorded Hugo Friedhofer. Korngold is represented by two lengthy suites from The Sea Hawk and The Adventures of Robin Hood, plus a hauntingly beautiful cue called “Ship in the Night” from Captain Blood. The Sea Hawk Suite opens with a sensationally played and recorded version of the theme for “The Albatross.” Robin Hood ends with a sonically spectacular arrangement of the “Coronation Procession.” These suites contain what is by far the best played and recorded music from The Sea Hawk and The Adventures of Robin Hood. The “Parachute Drop” from Objective Burma showcases Waxman’s lean and edgy brass. Steiner wrote scores for numerous westerns, two of which are included here. Dodge City is fairly generic, but They Died with Their Boots On contains some of the most intensely emotional music Steiner ever wrote. The Steiner highlight on this recording is the suite from The Adventures of Don Juan. Here Steiner emulates Korngold with numerous brass fanfares, and especially in the flamboyant “Parade into London” that requires ten percussionists. The detailed sound greatly enhances all of these colorful scores.

I contacted a representative of Dutton Vocalion about its future plans. He said there would be more SACDs, but did not commit to any specific titles. Hopefully, they will at least release The Sea Hawk and Elizabeth and Essex (Korngold), Now, Voyager and Gone with the Wind (Steiner), Captain from Castile (Alfred Newman), and the suites from Star Wars and Close Encounters of the Third Kind by John Williams.