Product of the Year Awards 2017: Turntables

Technics SL-1200G
$4000
This turntable, which shares the historic name and appearance of the long-running SL-1200 series but is in fact a new design, offers performance at the very highest level, belying its relatively modest price. (The included ’arm is acceptable but is not quite at the same pinnacle of performance.) Its silence and speed stability are competitive with any turntable available and are far superior to most, even very high priced ones. The turntable’s sound is rock-solid, very pure, highly resolved, and very lively in the positive sense. One has very much the sensation of hearing what is actually on the record. The Technics is not the only turntable in its price range (or lower) to have challenged the high-priced world, but it has an important feature offered by few of its high-end competitors at any price, namely, adjustable speed. This is a turntable for musicians and those who share musicians’ sensibilities. 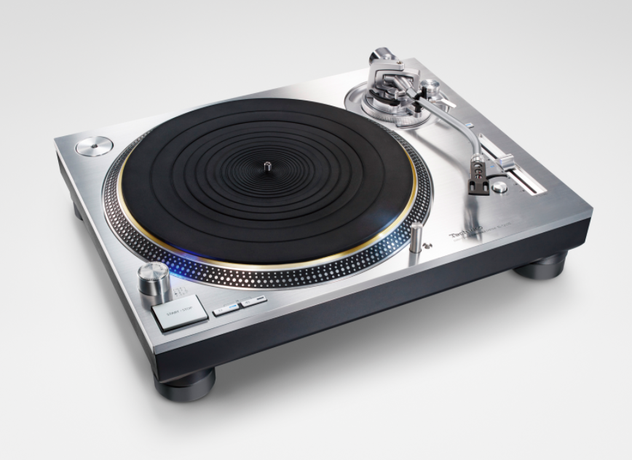 Spiral Groove SG1.2
$30,000 ($36,000 with Centroid tonearm)
Don’t let the Spiral Groove SG1.2’s compact size and lack of bling fool you; this is a serious turntable that competes in the upper echelon. The belt-driven SG1.2 weighs in at 80 pounds, with much of that weight added by four aluminum layers set in two independent constrained-layer platforms. The platter has an oversized, stainless-steel ring around the outer perimeter that increases inertia. An outboard power supply drives the high-torque AC synchronous motor. The SG1.2 will accept a variety of armboards, including one for its own Centroid, a 10″ unipivot design. The SG1.2 is extremely quiet, providing a silent backdrop for the music; it also offers outstanding soundstaging, effortlessly distinguishing orchestral instruments, even those at the back of the orchestra. Also particularly enjoyable is the SG1.2’s rhythmic solidity. Indeed, its strengths are so many and its weaknesses so few that it was an easy choice for one of TAS’ 2017 Turntable of the Year Awards. 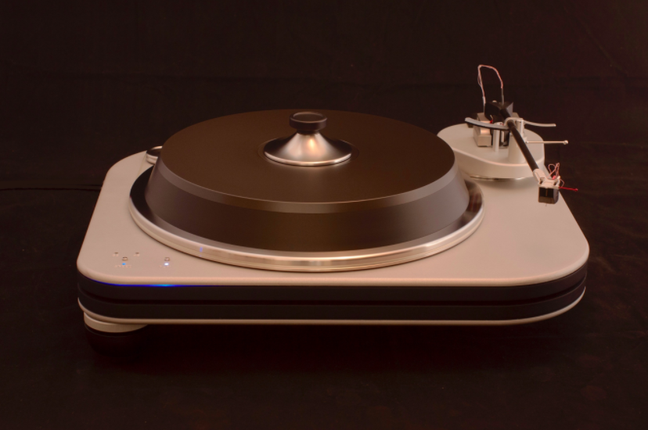