One of the Best Preamps Youve Never Heard

Founded in 1978, T+A  Elektroakustik of Germany began by building loudspeakers and by 1988 had expanded to electronics. By 1997 T+A  which stands for Theory + Application was into active loudspeaker design, CD players, tuners, DACs and home theater components. Today all the essential components and software are developed in house. Subcontractor and final production is fully based in Germany.

Stirling Trayle and James Shannon handle T+A’s U.S. sales effort and in a recent conversation Shannon pointed out, that “the desire to build very complete and fully optimized systems has  always driven T+A’s engineering efforts;  today, they are one of the  very first high end companies to create fully optimized components for  integrating network attached storage devices into an audio system,  along with iPod, internet radio, and other new digital sources of high  quality music.  T+A is one of very few companies in the world who have  the resources and engineering strength (the company now employs 8  graduate level engineers, and 12 properly educated technicians on  staff) and financial strength to compete in the new areas of streaming  audio and video technology.”

I’ve had the T+A P 1230R preamplifier on loan in my system for some time but as fate would have it was recently replaced by the P 1260R. Nonetheless since the changes appear to be evolutionary rather than revolutionary this shouldn’t disqualify me from discussing its superior performance even as it’s being shown the door. Visually it’s a conservative, almost quaint design. Its low-profile visage more like the pro outboard equipment you’d likely see rack-mounted in a recording studio. But closer examination reveals impeccable construction and finish quality. Heavy aluminum casework, exacting ergonomics. Known for ultra high bandwidth designs T+A publishes a frequency response spec for the new P1260R as (+0–3dB) 0.5Hz–400kHz.
Outstanding in every performance parameter and as quiet as a morgue on Christmas the P1230R has become for me the new audio Windex for transparency. It doesn’t sound especially like solid state or tubes yet there’s warmth amidst the control. It’s unsettling the amount of music that it’s retrieving but most especially in the way it reproduces instrumental timbre and micro-dynamic gradations. And it did it in a way that’s unique to my experience and that only now I feel somewhat capable of describing. This pre “settles” music in a way that sings of authenticity.  Your ear and brain simply hear more of what sounds real and at the lowest levels. There’s a moment at the end of Norah Jones’ “Sinking Soon” where a musician is miked just lightly blowing into a horns mouthpiece–no note just directed air. It’s subtle and easily missed. Not anymore! The P1230R imparts  more subtleties from transient tidbits and harmonics–like a textural scale that ranges from extra silken to soft to gradations of hardness and coarse right on out to deadly razor sharp, there’s a range of expression here that effortlessly defines every aspect of a performance.  It doesn’t do this by tripping up the listener with being laid back  or dynamically crunching the presentation either.  What I really keep coming back to is the difficult to describe relaxed and musical nature of its sound¬¬. Perfect? Okay, okay, I haven’t heard everything out there. And colleagues like Robert Harley and Jonathan Valin (not to forget HP) have routinely experienced reproduced audio on a scale that I seldom encounter.  But I know live music and I play a couple instruments, if not brilliantly then well enough to understand their performance envelope. The P1230R sounds to me like music. 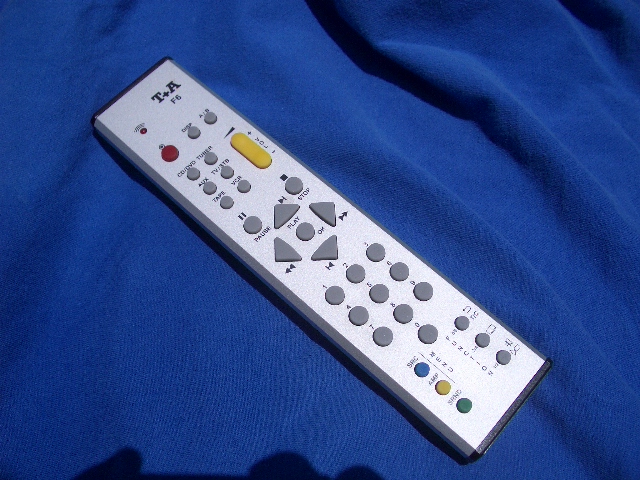 As I noted earlier, after six years in production the P1230R was recently updated to the P1260R. Physically nearly identical, the new version offers the latest generation of op-amps mounted on their own double sided circuit board with power plane, voltage decoupling and constant current by-pass. T+A calls this “OAD (Op Amp Decoupling)  and it ensures that the op-amps have perfect conditions to work.” There are seven line level inputs (the optional phone stage replaces one of these) , and two with input buffers for higher impedance components.  Price: $4530 with phono stage, IR receiver and remote control.

During these challenging times a lot of us are sitting on the sidelines contemplating our next audio purchase. I know I can’t wait. So now’s the time to do your homework and get a fresh look at the many options available. T+A is one of them.
For further info, contact at <[email protected]> or call (612) 860-6390
Or www.ta-hifi.com

NEWS: Perreaux Returns to US Market