The Octave Jubilee Mono monoblock power amplifiers are an assault on the state of the art by a German firm and its lead designer, Andreas Hoffman. They are tall, superbly styled tube amplifiers that that can easily put out some 280 watts a channel at less than 2% THD, and they sell for $67,500 a pair.

I’ve listened to too many great tube amplifiers using different circuit topologies to believe there is any one “right” approach to amplifier design, but the Octaves do have some unique design features that help explain their sound, as well as some of their cost. They also explain why a circuit that may seem “conventional” really isn’t.

The Octaves are not high on doo-dads, but they do have excellent bias-checking and adjustment features, outstanding warm-up and protection circuits, a muting button, and the kind of looks that will make you want to display them as well as listen to them.

It may seem strange to compare a power amplifier to a Porsche, but I’ve spent a couple of months with the Octave Jubilee Mono monoblocks, and there are times when even a metaphor this mixed does seem justified. The Octaves really do remind me of the sheer effortlessness you feel in a Porsche. For one thing, they have that same feeling of power: 280 watts really do sound better!

As for the rest, much will depend on whether you have ever had the opportunity of driving a top-level Porsche. If you have, you will recognize the same “form follows function “ luxury, coupled to a few endearing quirks. You’ll recognize the feeling of German craftsmanship you feel the moment you sit in the driver seat. But, more than that, you’ll recognize the lack of limits, and the temptation to turn every moment into an experience. 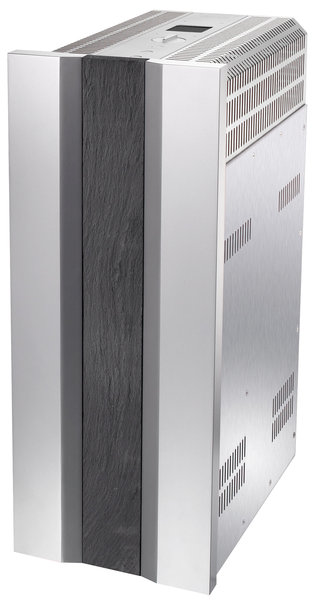 At the risk of pushing the Porsche analogy to its limit, in a Porsche you feel the road far more than the car. With Octave Jubilee Mono monoblock power amplifiers, you hear the recording, the front end, the speaker, and the room—and, if you are into “wires,” the sound of interconnects and speaker cables—far more than the amplifier. The Octaves are remarkably transparent.

I can’t testify to the technical accuracy of the manufacturer claim that “the technical breakthroughs that set the first Octave amplifiers apart were the optimized input gain section and the power supply, which itself was a totally new power supply design, featuring double star-grounding and supply voltage isolation. The optimization of the input stages provided absolute immunity from influences such as the loudspeaker load, together with excellent phase stability for highly accurate push-pull operation, and an extension of the usable frequency range up to 80kHz. From a sound-quality point of view, these enhancements delivered consistent tonal performance and independence from the impedance response and efficiency level of the speakers.”

I can say from practical experience that Jubilees seem to be able to drive just about any speaker load around. The Octaves did a superb job of driving the Venture Grand Ultimates, Vandersteen 5As, and Quad 2905s to their limits—and sometimes beyond—at every point in the frequency spectrum. At the same time, they never lost control and dealt with low-level signals perfectly. They provided some of the most detailed soundstaging I’ve yet heard, and did particularly well with depth.

I should also note that while the Octaves do not have the 2-4-8-16-ohm output taps of many tube amplifiers, this in no way seemed to limit their performance. The designer provided an interesting response to my question as to why the Octaves only had one set of outputs (duplicated for bi-wiring) and one that should be interesting to any fan of tube amplifiers. He contends that an output transformer can be optimized for only one impedance, and that taps compromise the design. The transformer will behave differently depending on which taps are used. Moreover, the greater stability afforded by a transformer with a single tap allows for less feedback.

These points about loading and tube design are not casual issues for the audiophile. Good as tube sound can be, many tube amplifiers both have trouble controlling speaker drivers and change significantly in frequency response if they have to cope with the wrong load. I did not hear this with the Octaves with any of the speakers I used for serious auditioning or with some classic difficult loads like a pair of early Spendors.

Getting back to the nuances of sound quality, I was relistening to different recordings of Wagner’s Ring Cycle during much of my auditioning of the Octave Jubilees. (I just had to work in the “Ride of Valkyries” as a subtle supplement to my Porsche comparisons).

I should stress that Wagner normally is not my favorite music. I side with the reviewer—be it Mark Twain or Edgar Nye—who said that, “Wagner’s music is better than it sounds.” And, with the reviewer who said that Wagner’s music had some fascinating moments and some very dull half hours. I had the opportunity, however, to use the Octaves to listen to both digital and analog recordings of given parts of the cycle in recordings by Böhm, Solti, and Von Karajan.

I’ll still stick with Verdi and Puccini (and some Mozart), but Octave Jubilee’s did as much as any amplifiers I’ve ever heard to make Wagner musical, dramatic, and personally involving. The Octaves provided an immense amount of detail whenever the recording permitted. They did not favor a single aspect of voice or instruments at any level of loudness or dynamic contrast, and they gave the quieter, more reflective passages of Wagner as much meaning as I have ever heard from a set of recordings. These may not be audiophile recordings, but they are about as demanding a “road test” of a power amplifier as you can get. 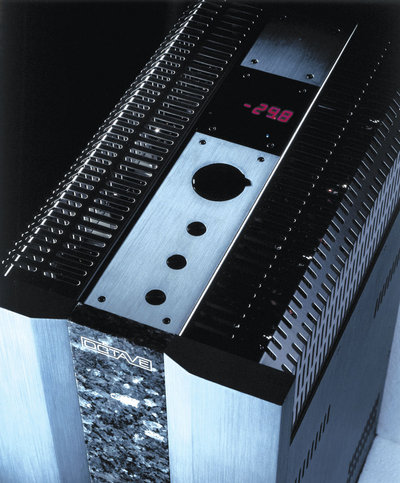 Moreover, I had the same experience listening to various recordings of Mahler’s “Symphony of a Thousand” (No. 8), and Saint Saën’s Third Symphony, which can either be described as an organ showpiece or as an “organasm.” These are massive, complex pieces of music that do not lend themselves to reproduction in a listening room; and even live, they don’t suit a moderate concert hall. They are, however, some of the most demanding tests of what a high-fidelity system can do at its limits, and the Octave Jubilee’s performed superbly.

From a more practical listening perspective, the Octave Jubilee’s also had the kind of natural detail, life, air, low-level information, and accurate musical dynamics that make solo voice, solo instruments, smaller jazz groups, and chamber music come as alive as the recording, the rest of the system, and the room permit.

There was no additional edge to the hardest female voice and violin recordings I use for reference purposes. Imaging was as precise and properly sized as the system and recording permitted. Soundstage detail was excellent. Percussion and piano were detailed, and the age and character of different instruments was as clear with the Octaves as with any amplifier I’ve heard. Bass drum and bass guitar were equally good, and my sons assure me that the Octaves do just as well with the deep-bass synthesizer music they insist on playing at audiophile-expelling levels.

In short, the Octaves are one of those few amplifiers that I would regard as being truly the state of the art. Of course, at $67,500 a pair they damn well should be, and this is one comparison to a Porsche that I wish I did not have to make. I have no objection to “cost-no-object design,” except that I can’t afford to keep all of the best equipment I review.

I also should note that, at $67,500 a pair, these amps should judged by different and far more demanding standards. I’ve struggled to find something to criticize, and I did feel the Octave Jubilee Mono monoblock power amplifiers were slightly lean. I would have liked just a touch more warmth. Admittedly, this is a matter of taste and I seem to prefer a slightly warmer sound that puts more emphasis on balanced timbre and accurate lower midrange and upper bass than some other reviewers and audiophiles who prefer the added detail you get with the Octave Jubilee power amplifiers. This was, however, the one area other listeners also noted in their comments, and is the one area I’d advise you to listen to if you have the opportunity to audition these amps or are lucky enough to be able to afford them.

Again, this criticism should be kept in perspective and the Octave Jubilee preamplifier’s price means criticism must be as demanding as possible. Moreover, tastes differ and no one reviewer can ever be authoritative. Other listeners did, however, have much the same reaction. They too found the preamp did not have the upper-bass and lower-midrange energy it needed, and the resulting impression of additional “detail” was more than offset by the lack of the natural warmth that gives music much of its emotional impact.

Moreover, I was annoyed by the lack of key features—remote and balance controls—in the review sample. Both these features are optional. To go back to Wagner, I feel that music always has a natural level in a high-end system and adjusting volume to the most realistic point is critical. I found in listening to various operas that I often needed to make slight volume adjustments to get the listening level just right, and popping up and down is not my preferred way of doing this.

As for the balance control, I realize that some designers feel purity is more importance than a balance control. The challenge should be to solve that problem, however, and not export it to the audiophile. I find with a wide range of music that I need to make minor balance adjustments to get the soundstage and imaging dialed in. I also find that this is critical to getting the best listening experience out of many recordings and in changing sources (getting the same soundstage quality going from phono to digital, etc.).

To me, the designer has an obligation to provide these features in a preamp rather than offer them as options. My reference Pass Labs XP-20 provided a more realistic timbre and all the control features I want at a considerably lower price. So, for that matter, did a friend’s much cheaper Parasound JC-2. The Octave Jubilee Mono monoblock power amplifier is a superb product and one of the two or three best power amplifiers I’ve heard. The Octave Jubilee Preamplifier may have great potential, but—to me—the sound is not of equal class.