Live music’s pop, sizzle, and dynamism is what can make it so downright exciting, but speed is one of the most difficult things to capture in audio. Smaller speakers, particularly mini-monitors, have it, and they can sound devastatingly convincing because of it. I still vividly remember hearing the hurricane gale of sound produced by a pair of Usher BE-718s that was demonstrated in a fairly large room at the Rocky Mountain Audio Fest. However, it takes more than just loudspeakers to convey such excitement. Everything, from electronics to cables, can have a profound impact.

Perhaps no cable manufacturer has gone to greater lengths to preserve the lifelike speed of live music than the Nordost Corporation. For the past several months I’ve had the opportunity to use a full set of Valhalla 2 interconnect and speaker cables, as well as power cords. The combo proved to be a ride in the audio fast lane. The Valhalla 2, which has been considerably upgraded from its previous version, is a mesmerizing performer. Unlike its predecessor it never fatigues. (The original Valhalla interconnect and loudspeaker cable I used for several years with the Magnepan 20.1 loudspeaker were also alluring, but eventually I felt that their speed was too much of a good thing.)

To be sure, Valhalla has never been a brumous cable. But it tended to lack body and truncate bass frequencies, and it could take on an edge, particularly in the treble on vocals. The same cannot be said of the Valhalla 2. The new Valhalla features upgraded dual-mono-filament technology that employs ten, silver-plated, 24AWG, oxygen-free-copper conductors (for those of you that scoff at the use of silver, I can only emphatically report that—based on my experience—deployed correctly it offers only plusses). Valhalla 2 also features a specially designed Holo:Plug, a new connector that Nordost says preserves signal integrity and passes on more musical details. 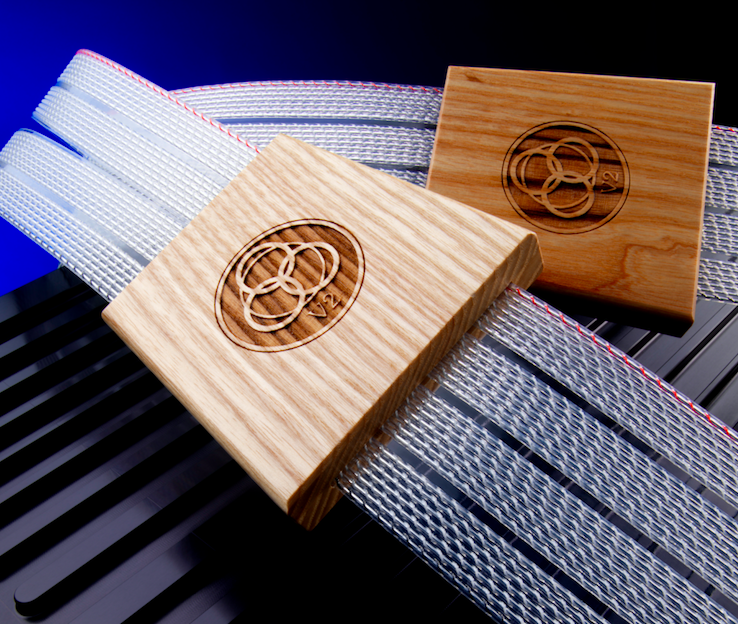 Given my previous experience with Nordost cables, I was very curious to see how the company’s products had evolved. Several years ago I heard Nordost’s flagship Odin speaker cable at the VTL factory in Chino, CA, and was intrigued by its ability to resolve transient information on a DG pressing of Arturo Benedetti Michaelangeli playing a Beethoven piano concerto. When listening to the Valhalla 2 in my own room with a variety of amplifiers—the Balanced Audio Technology Rex II, the Jadis JA88S, and the Ypsilon SET 100 Ultimate—I heard this same quality.

I was also immediately impressed by its soundstage depth and smooth tonal balance. When I listened to a CD of the Freiburg Baroque Orchestra’s performance of Carl Philipp Emanuel Bach’s harpsichord concertos played by Andrea Staier, the Valhalla 2 seemed to stretch endlessly into the corners of the hall. And talk about smooth! Coupled to the Jadis JA88S, it rendered the brass instruments on an old Vox LP, a label not particularly known for its mellifluousness, with beautiful tonal weight. The trombones had a dense, dark, rich sound that is awfully difficult to reproduce on any recording. And then there was the sheer speed, the delight, of being able to hear the antiphonal effects of renaissance brass music on works by Samuel Scheidt and Thomas Weekles. (It may seem nuts to couple the Valhalla speaker cables to an integrated Jadis that costs $15,000, but that amp is such a stellar piece that it fully merits top-notch ancillary equipment.)

At the same time, the Valhallas emphatically displayed Nordost’s traditional strengths. Consider a recent Harmonia Mundi recording of Beethoven’s Archduke Trio, performed on fortepiano by Alexander Melnikov with Isabelle Faust on violin and Jean-Guihen Queyras on cello. Melnikov, a fabulous pianist, performs on a restored 1828 instrument. The Valhalla seemed to track every nuance of the mellower sound of the fortepiano, not to mention the exquisite interplay among the performers. None of the strings’ bite was shorn off, even as the gracious, lilting swells of the interchange of sixteenth notes were rendered with what seemed like absolute fidelity. On certain crescendos the music seemed to pop from the loudspeakers with thunderous impact, particularly on dotted eight notes, as Faust and Queyras dug into them with savage ferocity. On such passages the music moved me from admiration of an electronic reproduction to a more exalted state—pure enjoyment of the performance itself, so full of obvious zest and intelligence. 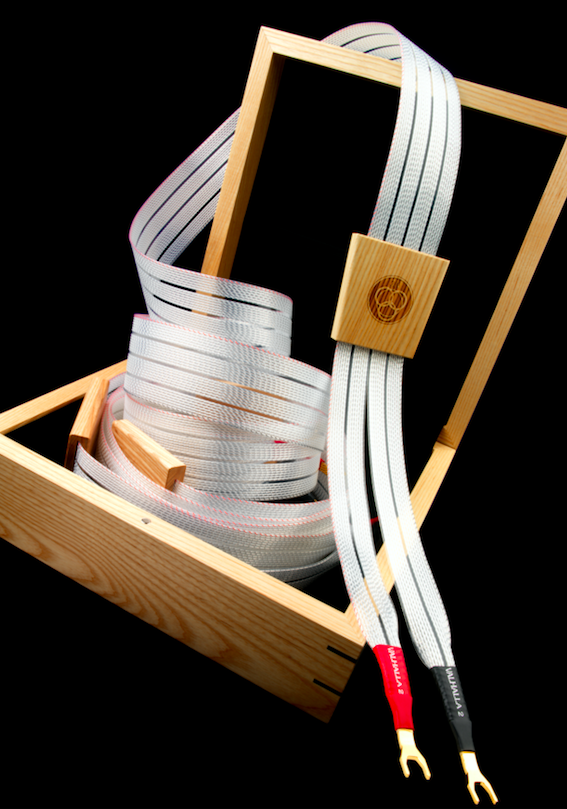 And what about the power cables? Here, the outcome of using the Valhalla 2 is truly prodigious. Everything instantly improved as a result of using this dynamically unconstrained cable. It was easy to detect that the Valhalla lowered the noise floor, and that the bass notes became more defined and stygian. Drums took on a weight and power they did not previously possess—something I noticed on Mavis Staples’ album One True Vine, as it saturated my room with warm, plush bass. Other instruments, such as guitars, also took on added heft and resonance. In other words, the bennies were evident across the sonic spectrum, in ways both large and small.

Let’s face it: The things that audiophiles really cherish are nuances that were heretofore unheard, but, once made apparent, add immeasurably to a recording’s sense of verisimilitude. These cables will considerably increase the sonic prowess of the electronics they are mated to, particularly amplifiers.

In assessing the Valhalla, I feel compelled to note that the Odin offers even more of everything. For example, I directly compared an Odin to a Valhalla 2 cable. Both were superlatively quiet, abolishing any residual noise that I might have heard with other cables. But the Odin was clearly superior—not so much in sheer information but, rather, in the way it presented it. The Odin had a pellucidity that was most appealing. Put bluntly, it simply sounded more open. For those who swear at rather than by high-priced cables, this may be vexing, but I feel obliged to report that in this instance more dollars does translate to even better results.

Still, Valhalla 2 offers much of Odin’s performance and is, above all, eminently satisfying. It delivers the whole package: speed, detail, resolution, and musicality. There are other cables that will provide a fuller presentation, others still that will sound zippier, and so on. But Nordost has struck a fine balance here, producing a cable that will elevate the performance of just about any audio system. And my understanding is that Nordost is not standing still, with new products currently in development. If its latest Valhalla line is anything to go by, the company is firmly on the right path.