As Beatles followers worldwide know by now, The Beatles in Mono LP box set is releasing September 9. For the past few days I’ve been listening to these LPs, noting my early impressions and preparing a sneak peak (spoiler alert: Wow!). Following is a basic description of the box plus a little back-story and then my impressions with more to follow:

Description
The Beatles in Mono is a 14-LP set that includes the band’s nine U.K. albums, the American-compiled Magical Mystery Tour, and the Mono Masters collection of non-album tracks produced on 180 gram vinyl from Optimal Media of Germany. Packaged in its original artwork and liner notes, the paper stock and overall quality is excellent although the cover art doesn’t always appear quite as vivid and crisp and color-true as some originals but this could be an early production anomaly.  The flip-top box, identical in construction to the stereo Beatles box of 2012 includes an original 108 page hard bound book specific to the mono pressings that includes loads of artwork, rare photos and further commentary and production notes by Keith Howlett.  Albums will also be available individually. They are:


Backstory
In Issue 246,  TAS music editor Jeff Wilson penned a comprehensive primer on The Beatles in Mono, the full back-story and engineering approach that was taken to bring new vinyl to light some fifty years after many of the original masters were completed. Working at Abbey Road Studios in the room where most of The Beatles’ albums were initially cut, engineer Sean Magee and mastering supervisor Steve Berkowitz (Grammy recipients both) employed the same procedures used in the 1960s, referring to the detailed transfer notes made by the original cutting engineers. The pair first dedicated weeks to concentrated listening, fastidiously comparing the master tapes with first pressings of the mono records made in the 1960s.  Using a rigorously tested Studer A80 machine to play back the precious tapes, the new vinyl was cut on a 1980s-era Neumann VMS80 lathe. According to Sean Magee they were out to produce the “original intention” and adds that nine out of ten times that’s exactly what they ended up with in terms of following the session notes and reproducing the gain and EQ and balance settings. Every once in a while they deemed it artistically worthy to bring perhaps a vocal up slightly but those occasions were rare.

The Beatles Back in Mono a (TBBIM) actually furthers a journey begun in 2009- when the remastered Beatles catalog was released in the compact disc format in stereo and mono presentation boxes. Derived from high resolution digital masters and aimed at the mass market they nonetheless proved to be a tantalizing glimpse for audiophiles at what could be if Apple ever considered an LP reissue of the famed catalog. And in fact 2012 saw the release of the complete UK set of the Beatles stereo albums in 180 gram vinyl. However, controversy ensued as it typically does in high end circles.  Like the CDs the reissues were cut from digital masters, not the analog master tapes that audiophiles so desired. Compounding the issue was that Apple decided to use 24-bit/44.1kHz cutting masters rather than the full high resolution 24/192 files, a missed opportunity in the minds of many, a fatal compromise for others. And so now The Beatles mono catalog–characterized in press materials an “an audiophile-minded undertaking”–has come full circle, quite literally to the beginning. 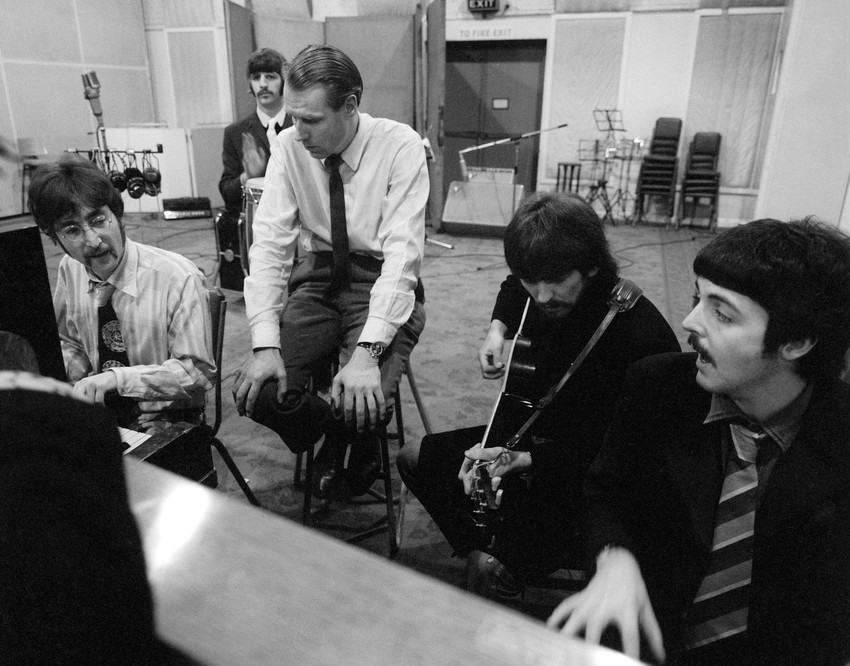 First Impressions
I freely admit that I can’t speak to how this set compares with every track from the vaunted early Parlophone mono pressings. But nonetheless I’ve heard a lot of  them plus plenty of old Beatles US/UK/France/German pressings, The MoFi Beatles Box, the 2009 remasters, CD and stereo LP, and otherwise-I even heard the boys themselves live at The Hollywood Bowl in 1965.  Also one needs to keep in mind the crucial statement made by Magee– that they never set out to strictly emulate the original vinyl–an impossible task given how much time has elapsed. Yes they wanted to be true to the intent of the originals while allowing the advanced manufacturing procedures and LP playback systems of today to take full advantage of the analog tape’s potential unimpeded by the cutting limitations of that distant era.

I held my breath as I cued up the first couple of albums Please Please Me, and With The Beatles flipped the sides and in full immersion mode moved on to listening to every track which I spread out over the course of about three days until the last cut on Side Six of Mono Masters played out “You Know My Name” (Look Up The Number). As if still holding my breath I exhaled deeply. First, surfaces were pristinely quiet throughout, dead silent. Without even listening to the recent stereo vinyl or mono CD remasters to get my bearings, the rush of energy flying out the grooves of the these pressings was electric. This was not a narrow tunnel of compressed sound that many of us have been led to believe defines the mono listening experience–memories that harken back to AM radio for some of us. It was more of a throat-clearing blast, the tracks roaring to life and seeming to shake off the dust of decades. 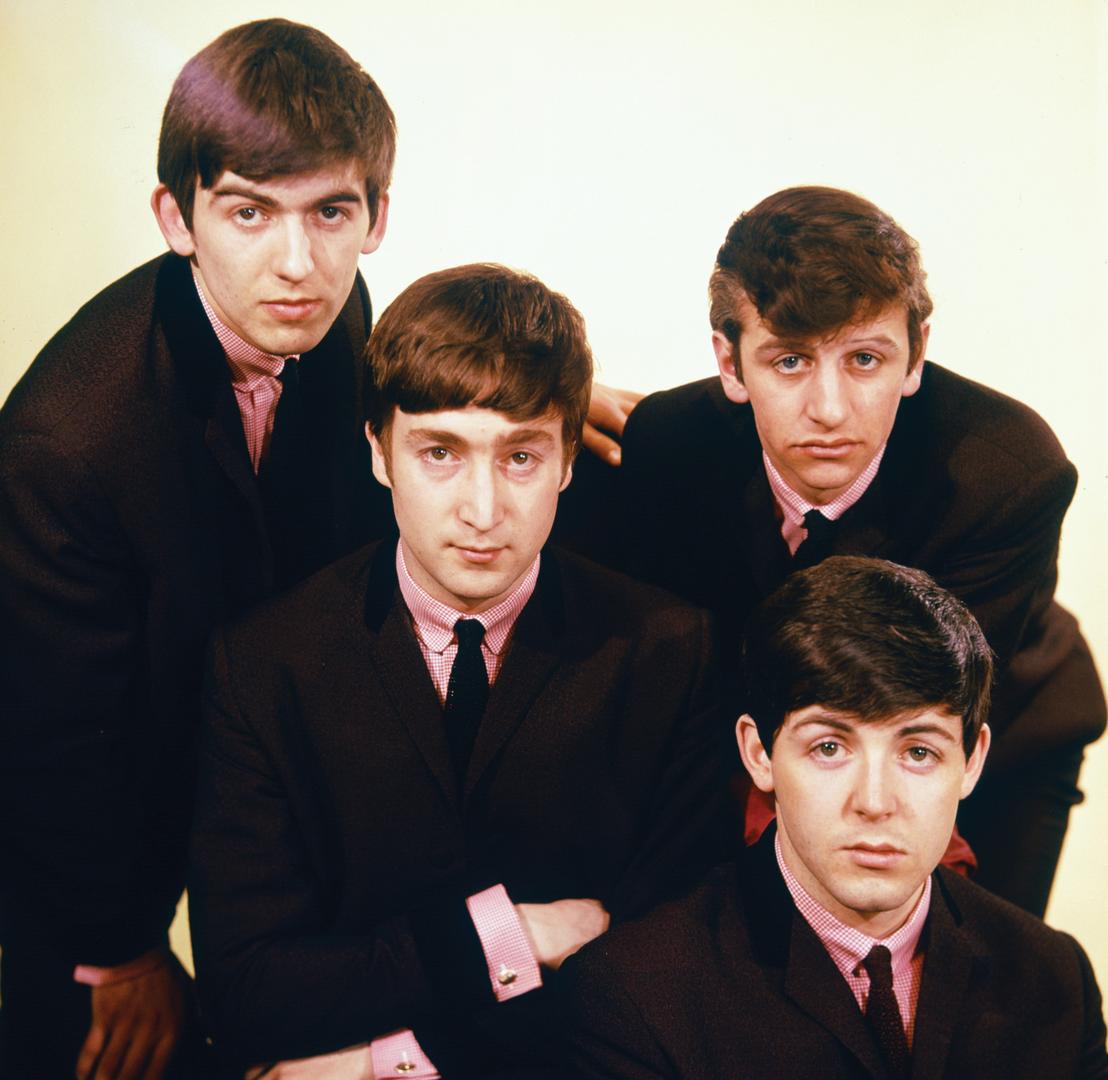 The Beatles monos, especially as the band matures into it’s Rubber Soul/Revolver phase are musically lush, laden with terrific imaging specificity, lateral soundstage cues and genuine depth information. There’s an awareness of layers upon layers. The tracks are highly focused, vocals especially, and communicate the musical topography in far greater detail, both dynamically and with a more colorful tonal palette. Even the band’s earliest albums, recorded hastily to either two or four track sound more composed and present, dynamic and remarkably intense, even raw at times, essentially capturing the band at the peak of their live performing abilities.

Here are some other snapshots from my listening notes:
On an early Ringo track like “Honey Don’t” from Beatles For Sale, the vocals have a certain discrete quality that you’d swear was stereo territory, not mono. Track to track, these recordings sound as if a veil has been lifted away allowing more light and contrast to illuminate these old tracks–even in comparison to the otherwise very good CD mono remasters of 2009.  In contrast to these LPs, the compact discs sound more midrangy and forward, a bit darker overall, less transparent and detailed at the lower levels and fairly flat in terms of representing soundspace depth.

From A Hard Day’s Night Paul’s high harmony backing track during “If I Fell” is revealed in cleaner detail right down to the warble in his voice as it strains to hit the upper notes. During “And I Love Her” George’s classical guitar solo is fuller, richer and more authentic to the sound of the nylon-stringed instrument plus the wooden block percussion accompaniment has greater timbre and clarity. In general sibilances are crisper, resolve smoothly, and during the closing guitar vamp you can now easily hear Paul warmly humming along. The same cue on the CD puts a digital edge on that moment. Typically the CD versions assumed a more midrange attitude and less brilliant sound with vocals pushed slightly forward. In general one of the real surprises in these LP’s is the degree in which they capture more of the inside information of Ringo’s drum timbre and transient action–also his percussion accenting from the pop off the skin of a tambourine during “Norwegian Wood” to the clatter of castanets and tapping of wood blocks or the shimmer of brass accompaniment during “Martha My Dear”. And have another listen to “You Can’t Do That”  from A Hard Day’s Night with the vivid cow bell center right, cymbals on left to hear what I mean.

From Rubber Soul; Never have the harmony backing vocals rode so smoothly over the lead vocals during “Drive my Car” including the closing sung “beep beeps”.

From Revolver: “Taxman” relaxes the incessant forwardness found on the CD reissue allowing the backing vocals some added depth and breathing room. During “Good Day Sunshine” there’s a rush of energy and vitality missing from the CD, which comparatively sounds overcast and sodden. Yellow submarine  is not as “loud” as the CD but is certainly more detailed with robust low level information and vocal detail–particularly John’s mocking & echo laden accompaniment of Ringo’s lead toward the end. But it’s “Eleanor Rigby” that truly benefits with far greater tonal and dynamic transparency and string octet detail, as if a dark cloud had been removed. It also provides an interesting contrast between ER and John’s dreamy  mix for “I’m only Sleeping”. From Magical Mystery Tour, the sweet piccolo trumpet solo in the middle of “Penny Lane” is spotless  and the full-bodied bass response during “Baby You’re A Rich Man” is resonant and extended to a degree that would have been unheard of on a recording back in the day.

“Revolution”
More personally the song that represents to me the largest distinction between the stereo and mono mixes just happens to be one of my favorite Beatles hard rock tracks, the “fast” tempo version of “Revolution” (versus the “slow” version from The White Album). In Howlett’s introduction he describes how when John Lennon heard the stereo mix he later stated (in a 1974 interview) that “The fast version was destroyed. It was a heavy record, but the stereo mix made it into a piece of ice-cream!” Lennon’s statement also implicitly confirms that even later on the Beatles were still not into stereo mastering to any large degree. However on Side Four of The Mono Masters “Revolution”  fairly explodes from the grooves with a gritty, unrelenting roar of guitar distortion. Lennon’s vocal rides fairly deep in the track as he’s gradually being swept away by the revolution itself.  And John’s final throat-ripping “Alright!” (as if to cue the band to wrap up the track) registers as one of the greatest vocal closers in the rock pantheon. The stereo LP on the other hand isolates the guitars effectively killing the momentum and tearing the angry heart out of the song. A clear example of how stereo mixing can goe seriously wrong and how powerfully effective an experience mono can still deliver.

Next: Sgt Pepper and The White Album 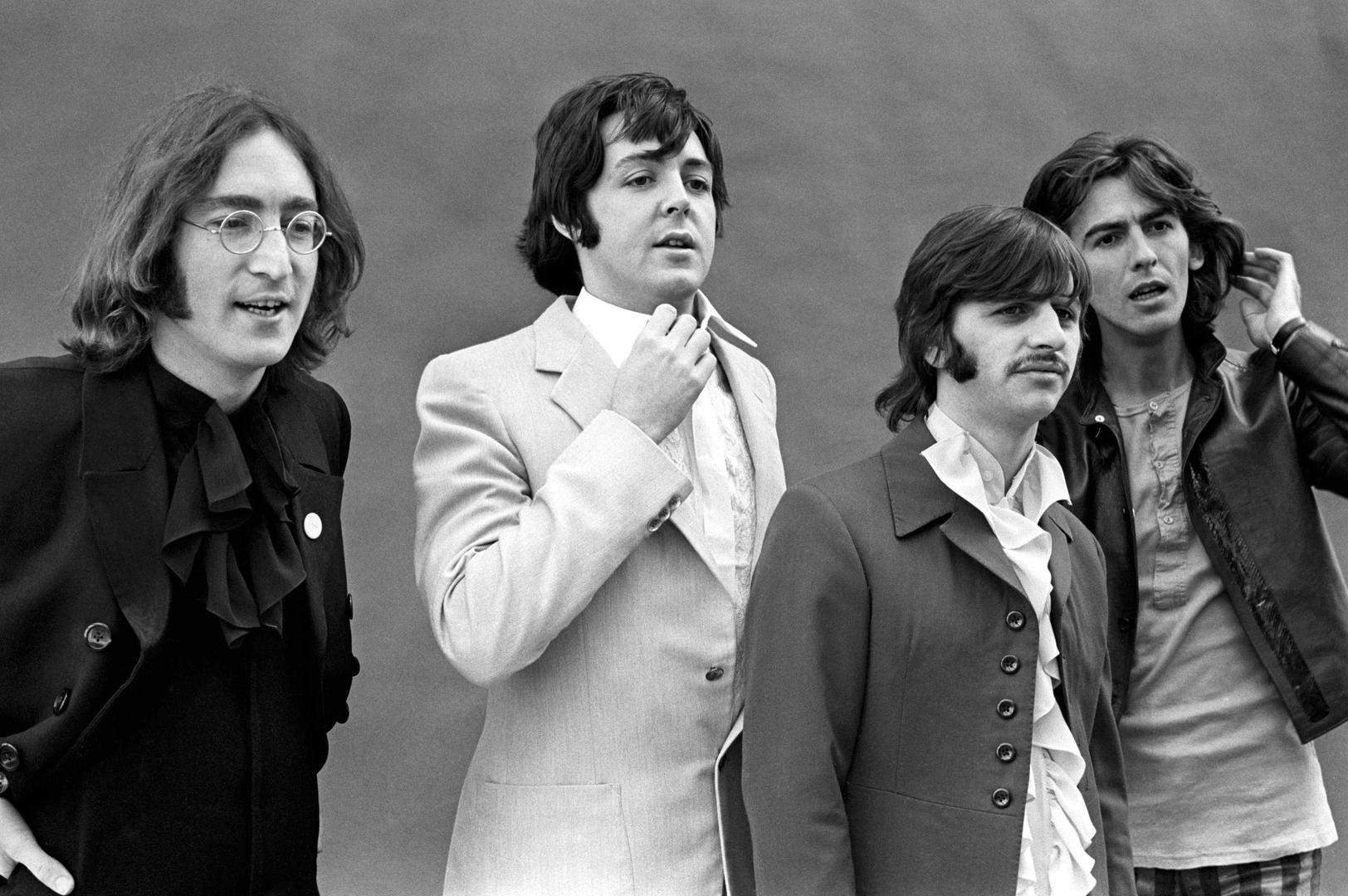