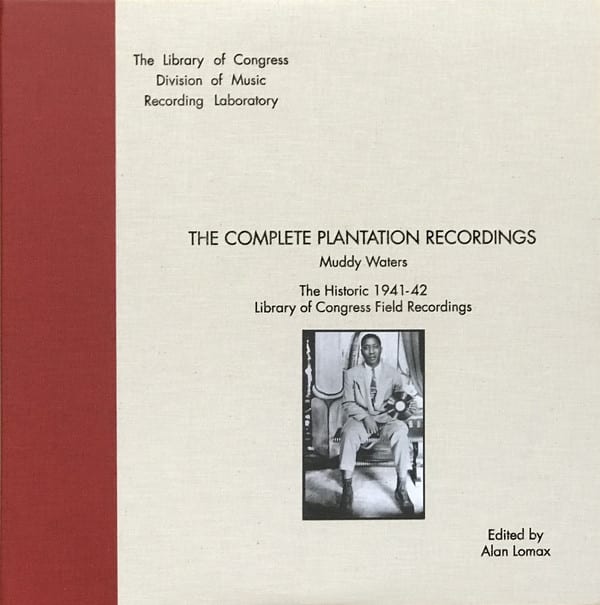 Limited to 1000 numbered copies, Analogue Productions’ deluxe release of these seminal Muddy Waters recordings is one of the coolest and most significant projects I’ve seen—not only in terms of the recorded content, but in conception and packaging, too. For the first time these LPs include all the songs captured by Alan Lomax’s “portable” field equipment—350 lbs. worth custom rigged into a Ford sedan—during two sessions in 1941 and 1942, plus interviews with the 26-year-old Muddy that were considered an essential part of the Library of Congress’s attempt to document the widest possible range of American folk music. The linen-bound gatefold jacket meticulously recreates the original Library of Congress releases, with historic photos of Waters, Lomax, his recording set-up, etc. The Library of Congress transferred the original metal disc recordings to a high-res 192kHz digital file used by Sterling Sound’s Ryan K. Smith to master this edition, and the results are a revelation. While the sound is relatively primitive, it is also remarkably natural, pure, and immediate. By comparison the incomplete 1966 Testament release sounds like it was made under a blanket. This is a remarkable achievement. Get it while you can.