The old Chinese philosophy of yin and yang may not apply completely to this pairing of Cardas Audio Iridium and Morrow Audio 5 series of interconnects and speaker cables, but there are some correlations. I’m sure many TAS readers think that cables can’t really affect sound if they are made correctly. On the surface this may seem a reasonable assumption, but in listening tests there can be noticeable differences, some of which I’ll discuss shortly.

Morrow Audio supplied two pairs of 2-meter MA5 interconnects ($758/pair) with standard RCA connectors and a 3-meter set of SP5 speaker cables in a bi-wire configuration ($858) with spade terminals on both ends. 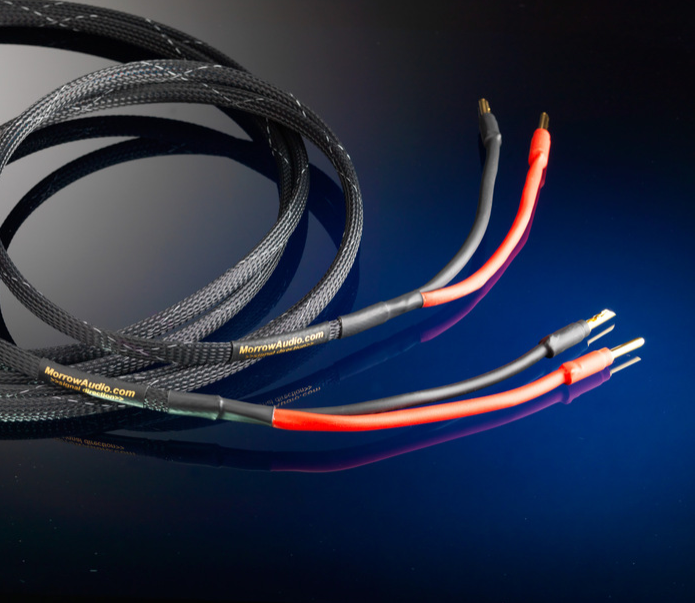 The MA5 interconnects are handcrafted with 36 runs of Morrow SSI wire. SSI is a solid-core, small-gauge, individually insulated, silver-coated copper wire. The wire is silver soldered to the termination (interconnect or speaker cable) of choice. The user options for the interconnect include a choice of standard RCA, Eichmann KLE Copper Harmony RCA, Eichmann KLE Silver Pure Harmony RCA, or Neutrik silver-coated XLR connectors. The SP5 speaker cables contain 72 runs of the same Morrow SSI wire. The cable options include a standard run with a single termination at both ends, a bi-wire run with a pair of terminations at the speaker end, or a bi-amp run with dual terminations at both ends. The length of the termination wires at both ends can be the standard 6″, 12″, or 18″. SP5 termination choices include standard spade, small spade (for screw terminals), banana, and bare wire. The final choice for MA5 and SP5 is break-in service—up to two days of break-in is free (5 or 10 day service is available at an additional cost).

Cardas Audio supplied two pairs of 2-meter Iridium interconnects ($320/pair) with Cardas GRMO RCA connectors and a 3-meter set of Iridium speaker cables ($500) with Cardas CGMS spade terminations. The speakers used for the listening sessions require bi-wiring or bi-wire jumpers. Using an additional set of Iridium speaker cables to bi-wire would have doubled the cost of the speaker cable as this model doesn’t allow for a bi-wiring configuration. For this report Cardas supplied a 6″ set of its 11.5AWG bi-wire jumpers ($150). 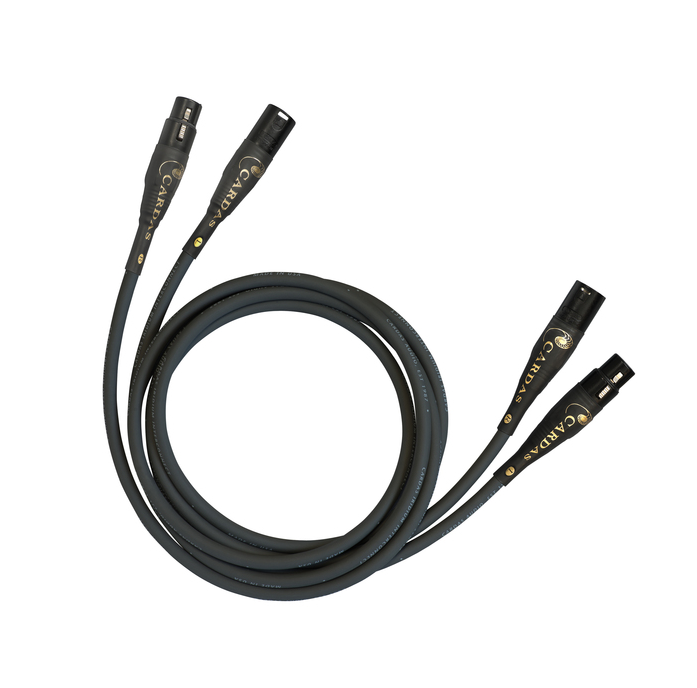 Each cable combination from Cardas and Morrow was run in the system for several hundred hours with incremental listening along the way. The general subjective character of the cables didn’t change significantly, though the cables did tend to shake off a bit of edge that overlaid the music at the start. The sound character mentioned below was identifiable on every genre of music played during this evaluation. The listening was done with three different sources (digital CD/SACD, vinyl, and ¼” two-track reel-to-reel) through the available preamps and amplifiers into the Vandersteen Model 3a Signature speakers.

The Morrow Audio MA5 interconnects and SP5 speaker cables were consistent across all sources and equipment combinations. The pair tended to display an abundance of energy and detail from the upper midrange through the lower treble. This extra information was not hard-edged or rough. On the contrary, it resulted in a pleasantly highlighted presentation. For instance, on “If It’s Magic” from Soulcall [Concord] Nnenna Freelon’s voice sounded more intimate with an accent on the sweet smoothness of her singing. The addition of highlights on the backing guitar was an added bonus that seemed to spotlight both the fingering of the strings as well as the upper harmonics of the notes. This effect turned the performance into one that was a bit lighter and airier sounding than usual. I observed a similar airiness and lightening of sound character on Nnenna’s rendition of “Straighten Up and Fly Right” with Take 6’s a cappella backup. Nnenna’s voice (along with the male vocals of Take 6) tended to lose some gusto in favor of a more floating and less weighty character. The effect was also noticeable in the speed and openness of percussion instruments. The Chesky label’s album titled The Coryells displayed this same upper-midrange enhancement on the allegro of “Sentenza Del Cuore” by bringing the percussion playing of Alphonse Mouzon forward, roughly on the same plane as the guitars of the three Coryells (Larry, Julian, and Murali), while bassist Brian Torff moved a bit further back than normal. The reflections of the percussion in St. Peter’s Episcopal Church were enhanced and easily heard.

Despite the upside of music played back with the MA5/SP5 combo, there was a reduction in amplitude and dynamic intensity in the bass, which affected the underpinning in the power region and bottom octaves. On The Coryells, “Goodbye Porkpie Hat” gave up a bit of authority and tended to favor the strings over the instrument’s body. While the sound wasn’t aggressive, it did skirt the edge of this listener’s limit without going over it.

The Iridium interconnect/speaker combination showed similarly consistent performance across all sources and equipment combinations. The Iridium leaned toward being a bit more even in sonic distribution with a slightly warmer-than-neutral presentation. Music playback was better proportioned with no enhancements and a slight reduction in low-level resolution and bass dynamics (more bass than the MA5/SP5 but still slightly less than desired). As a result, “If It’s Magic” sounded full though not as detailed, with a natural flow to the sound that was inviting. “Straighten Up and Fly Right” had a bit more gusto and foundational underpinning, adding to the realism of the male backup vocals. The allegro of “Sentenza Del Cuore” had less of an enhanced percussive effect, which deepened the soundstage of St. Peter’s Episcopal Church where this disc was recorded. The balance was closer to what I am used to hearing, but with slightly less instrumental decay and greater warmth.

Neither the Cardas Iridium nor the Morrow MA5/SP5 cables were harsh, aggressive, soft, woolly, or edgy—and yet they did have some contrasting sonic properties. A user’s preference for either of them will come down to system performance and sonic priorities. In a system that could use a bit more emphasis on the upper midrange and lower treble along with a lowering of bass energy, without any overt losses of tone and speed, the Morrow Audio MA5/SP5 might fit the bill. If the system could use a bit fuller sound with additional bass authority in the power region and some reduction of upper midrange and lower treble energy, the Cardas Audio Iridium might be right. Despite some skeptics believing cables shouldn’t (or don’t) matter, these two good performing—but very different—cable pairings could convince some that that skepticism is a bit misguided. In any event, both cable are worth an audition for those looking in this price range.