The following is a press release issued by Gearbox Records, a UK-based record label that has focused on audiophile vinyl since its inception in 2009…and is now adding compact discs to the mix. Gearbox’s discography includes releases by Tubby Hayes, Dexter Gordon, Norma Winstone, Simon Spillett, Mark Murphy, Kathrin DeBoer, and others.

September 14, 2016 – Gearbox Records has established a solid reputation over the past seven years as a leading vinyl led record label, mastering and vinyl cutting studio. We have released over thirty albums and with a studio full of vintage valve equipment, have repeatedly sung the praises of the higher audio qualities of vinyl and analogue recording.

So why now release some of our best selling vinyl releases as CDs?

First of all, we want to bring greater exposure to help the career development of artists like the award-winning saxophone and drums duo Binker and Moses. Secondly, we want to increase awareness of best-selling archive releases by important British jazz artists including Michael Garrick and the Tubby Hayes and Ronnie Scott fronted Jazz Couriers, as well as special releases such as Mark Murphy’s final recording session and the unlikely but sensational pairing of Nucleus with Leon Thomas. And finally, we believe that this music is so good it must be shared more widely with many people who don’t necessarily want to re-invest in a turntable based hifi system they relinquished when CD came along.

Although properly mastered and manufactured vinyl may well be the superior product, the CD has its virtues too. It’s practical, hard to scratch and less prone to surface noise issues, cheaper to manufacture, easy to store and plays well in the millions of car audio systems in use around the world. Also, a great many people still like it, and that’s what matters.

This series has been carefully mastered for digital release from the original analogue tape masters. The packaging is identical to the original LP cover but shrunk down to size. Details such as paper inner sleeves and resealable clear outer bags make these CDs a fine digital version of the vinyl originals.

These five CDs will only be available to buy direct from our website and on Amazon, and are now available for pre-order at our website now. 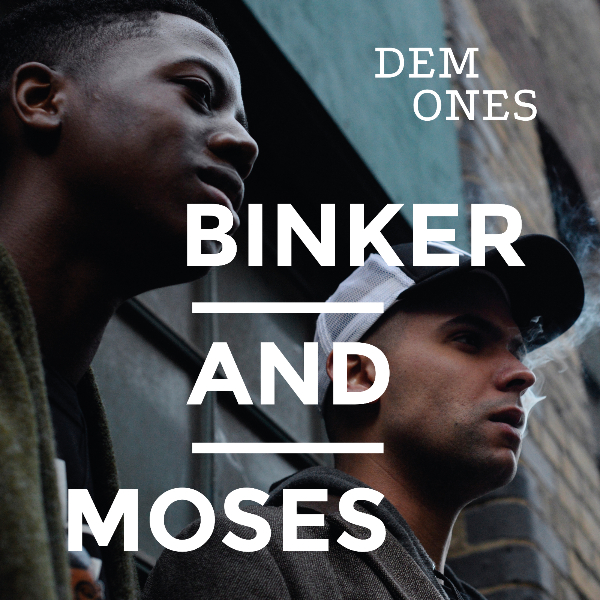 Binker and Moses
Dem Ones GB1530CD

Tenor saxophonist Binker Golding and drummer Moses Boyd are two of the most exciting young jazz musicians on the London jazz scene. During the past year they have won the MOBO Jazz Award, two Jazz FM Awards, a Parliamentary Jazz Award. Dem Ones is their debut recording, and all the tracks were performed live at Mark Ronson’s Zelig Studio and recorded direct to Gearbox’s vintage 1/4″ tape machine.
Originally released 2015 as 12” LP.
1. No Long ‘Tings, 2. Man Like GP, 3. ÈSÙ, 4. Black Ave Maria, 5. The Creeper, 6. Retox 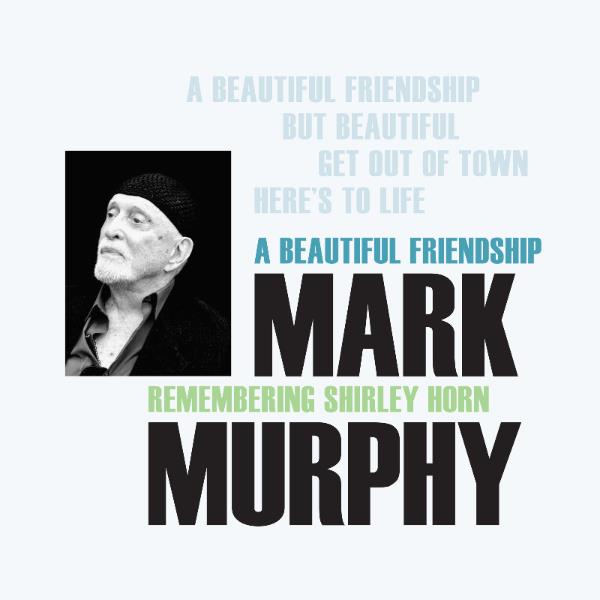 Mark Murphy’s final recording session from November 2012 celebrates the music and spirit of his friend Shirley Horn. Four songs, four lessons in how to sing. The musicians are Horn’s longtime drummer Steve Williams, Betty Carter’s double bassist Curtis Lundy (the brother of Carmen), the sensational young New York pianist Alex Minasian and on two tracks, the German trumpet star Till Brönner.
Originally released 2013 as 12” EP.
1. A Beautiful Friendship, 2. But Beautiful, 3. Get Out Of Town, 4. Here’s To Life 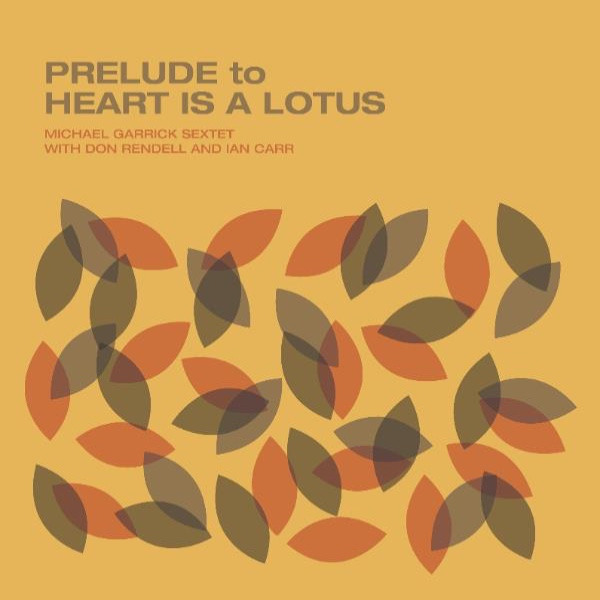 1968 BBC Maida Vale studio recording for BBC Jazz in Britain. Pianist/composer Michael Garrick was 35 years old and together with close associates – saxophonist Don Rendell and trumpeter Ian Carr – was defining innovative new directions in British jazz. This album is the precursor to the Argo Records ‘Heart is a Lotus’ album released two years later, with Garrick here playing harpsichord instead of piano on the title track. Originally released  2013 as a 12” LP.
1. Heart Is A Lotus, 2. Sweet And Sugary Candy, 3. Webster’s Mood, 4. Song By The Sea, 5. Temple Dancer, 6. Little Girl 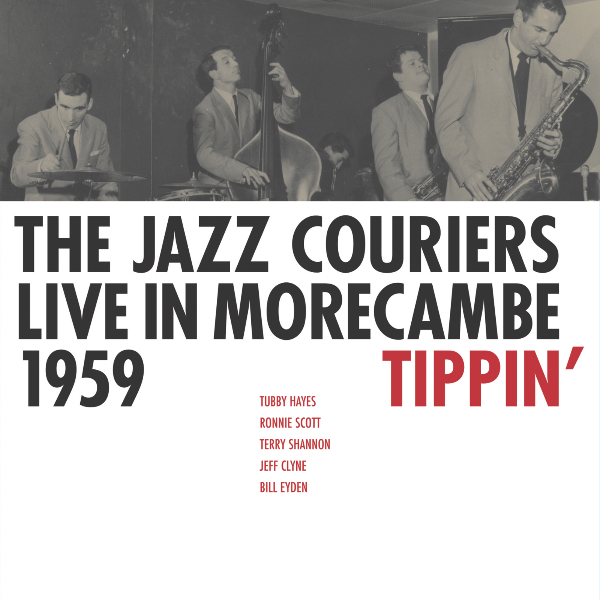 This is a the award-winning previously unreleased live performance from the formidable British jazz quintet co-led by Tubby Hayes and Ronnie Scott for two and half years at the close of the 1950’s. The four recordings are without doubt some of the finest examples of Hayes’ art to have yet been discovered, and all the more remarkable for the circumstances in which they were recorded. Originally released 2012 as 12” LP.
1. Tippin’, 2. For All We Know, 3. Embers, 4. Cherokee 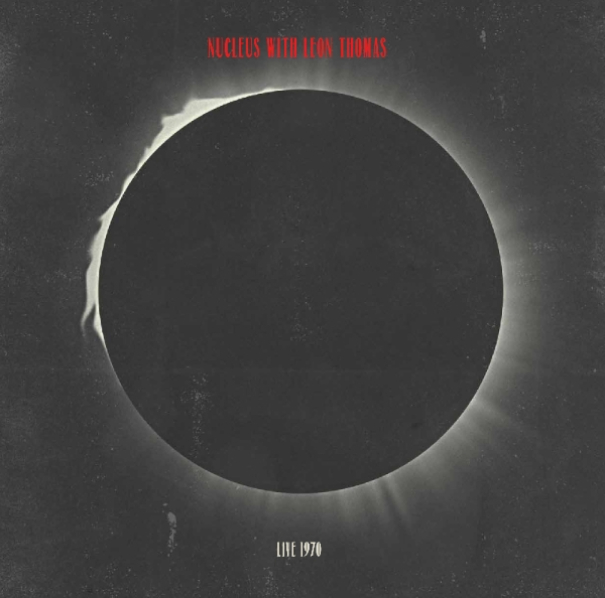 The June 1970 Montreux Jazz Festival concert featuring trumpeter Ian Carr’s pioneering Nucleus performing with US vocalist Leon Thomas on a set of Thomas’ own repertoire including ‘The Creator Has A Master Plan’ (originally recorded in 1969 with Pharaoh Saunders). The collaboration with Thomas is (in Carr’s words) a combination of the “rock thing…with the roots of the music”. Originally released 2014 as double vinyl LP.
1. The Creator Has A Master Plan, 2. Echoes, 3.Damn ‘Nam (Ain’t Going To Viet Nam), 4. One, 5. Chains Of Love, 6. The Journey