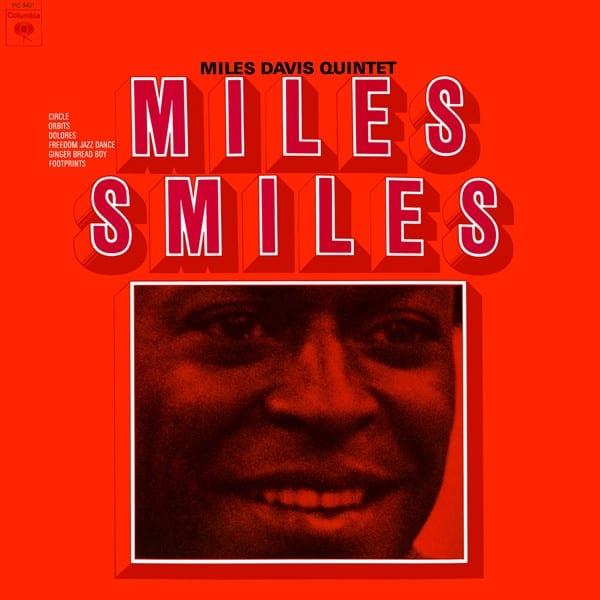 “Who’s kidding who? . . . Miles smiles?” So queried Anthony Tuttle in the original 1967 liner notes to Miles Smiles, but the sophomore outing from Davis’s second prodigious quintet configuration is anything but a laughing matter. Indeed, Miles Smiles is the apex of post-bop intuitive interplay, and Mobile Fidelity’s SACD brings out the best sonic detail of Teo Macero’s top-shelf production for this modal-exploratory master class. The handoff from Davis’s feverish trumpet to Wayne Shorter’s left-channel tenor saxophone response and Herbie Hancock’s subsequent piano answering on the opening track “Orbits” sets the stage for all the round-robin tempo tampering that follows. Witness Tony Williams’ deft cymbal work throughout—especially on “Circle” and “Footprints,” the latter especially heightened thanks to his back-half sparring with ace double bassist Ron Carter. Davis stakes his claim on the up-tempo “Dolores” and a fervently insistent “Ginger Bread Boy” while the fully expressive nature of “Freedom Jazz Dance” more than earns its implied “Evolution of the Groove” subtitle. A literal blueprint for a new era of free-form tension-and-release improvisation, Miles Smiles is an endless fount of aural grins.

For the perfect combination of sheer soul and swing with […]

Valerie June: The Moon and Stars: Prescriptions for Dreamers

Memphis-based singer and songwriter Valerie June includes a track on […]

The Philadelphia Orchestra has a long and distinguished tradition of […]

Reggie Quinerly’s fourth recording as a leader is a heartfelt […]