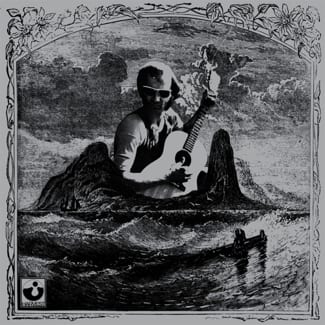 As reissues of obscure recordings continue to rain down upon us, one might wonder if there’s anything left worth rediscovering—but the fact that Michael Chapman’s Fully Qualified Survivor is only now being re-released in America suggests there is indeed. Released in 1970, Survivor was one of four albums acoustic guitarist, singer, and songwriter Chapman put out on Harvest, a UK label. Apparently the wide-open aesthetic came naturally to Chapman, who does a fine job of blending folk roots, colorful lyrics, psychedelic touches, and elaborate arrangements. Clocking in at 9:30, “Aviator” opens with an ambient wall of sound as bewitching as the intros to early Santana albums, and like “Postcards of Scarborough” and “March Rain” it uses strings effectively. “Trinkets and Rings” throws congas and an Indian- sounding groove into the mix. What keeps Survivor from getting too cosmic is Chapman’s thick British accent—I picture him drinking a pint at the corner pub instead of hanging out with the Maharishi—and some fiery rock and roll (“Stranger in the Room,” “Soulful Lady”) that benefits from Mick Ronson’s electric guitar work. There are also some closely- miked finger-picking and slide guitar passages that sound distant and echoey (yet appropriate).