Memphissippi Sounds: Welcome to the Land

Welcome to the Land 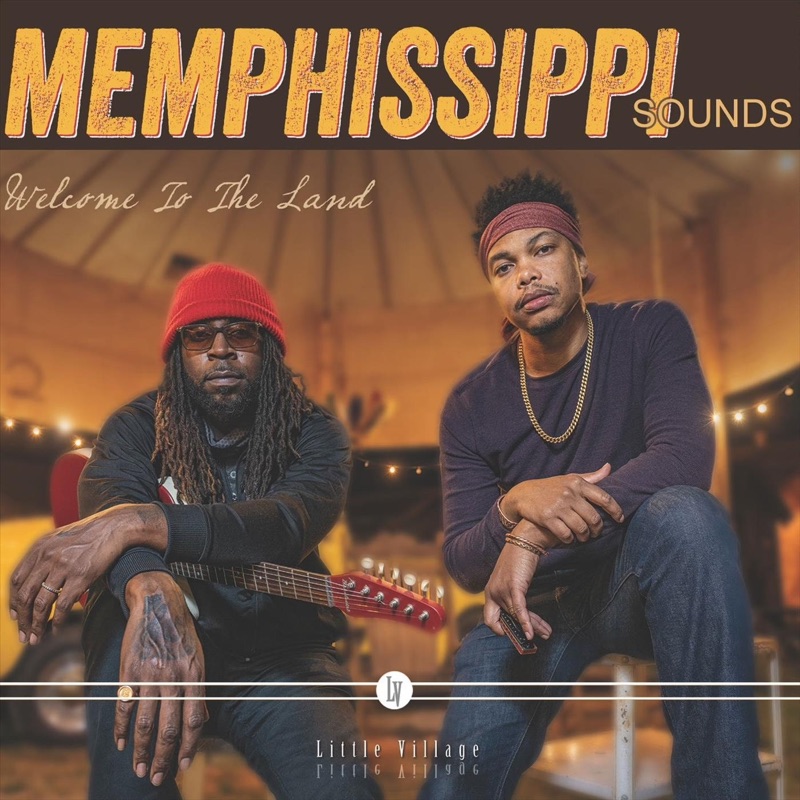 Steeped in hill country blues history though they may be, Cameron Kimbrough (grandson of the legendary Junior) and Memphis native Damion Pearson also know their way around funk, Delta and Chicago blues, even grunge and metal. Add a dash of social conscience to a conventional blues mindset summarized by Kimbrough as “If you can’t relate to any other blues, you can relate to a woman leaving,” and you know where Memphissippi Sounds is coming from on its debut album, recorded at the Sun Studio. Kimbrough and Pearson work out on harmonica, guitar, and drums, both sing and both prefer a raw, punishing approach, beginning with a merciless shuffle, “Who’s Gonna Ride,” inspired by BLM, the George Floyd murder, and the pandemic, with the singer wondering from whence aid will come when he’s in crisis. “Crossroads” shares only a title with its famous predecessor; over a gritty groove, the duo’s version confronts an unspecified moral dilemma with a key question hanging in the dense air: “Will I take the high road or the low road?/I don’t know.” There’s plenty of “woman leaving” and ominous, noir-ish harmonica-drums backdrop here, though, and the sum of the parts is an unforgettable whole. Watch—better yet, hear—these fellows.