When pianist McCoy Tyner died on March 6 at the age of 81, the earth lost one of its most formidable sources of thunder and lightning. Tyner’s thunder, epitomized in the rumble of his left-hand chording and his explosive ostinatos, shook the music of the late 20th century to its core. His lightning, palpable in the flashes of his mercurial right-hand runs, cracked open a divide in the history of jazz piano. As Ethan Iverson, founding pianist of The Bad Plus, put it on his Do the Math blog in 2018, “There was pre-McCoy and post-McCoy, and that was all she rote.”

Born on December 11, 1938, Alfred McCoy Tyner grew up in the rich musical environment of mid-century Philadelphia, Pennsylvania. His father sang in church, his neighbors included Richie and Bud Powell, and the city’s thriving jazz scene included Jimmy Smith, Lee Morgan, Red Garland, Kenny Barron, and Ray Bryant. In 1959, saxophonist-composer Benny Golson hired Tyner into the Jazztet with trumpeter Art Farmer, trombonist Curtis Fuller, and bassist Addison Farmer. Tyner made his recording debuts in 1960 on Meet the Jazztet, as well as two albums led by Fuller, two by trumpeter Freddie Hubbard, and one by trombonist Julian Priester. Also that year he replaced Steve Kuhn in Coltrane’s quartet, recording tracks that would appear on Like Sonny, Coltrane’s Sound, Coltrane Jazz, and My Favorite Things. 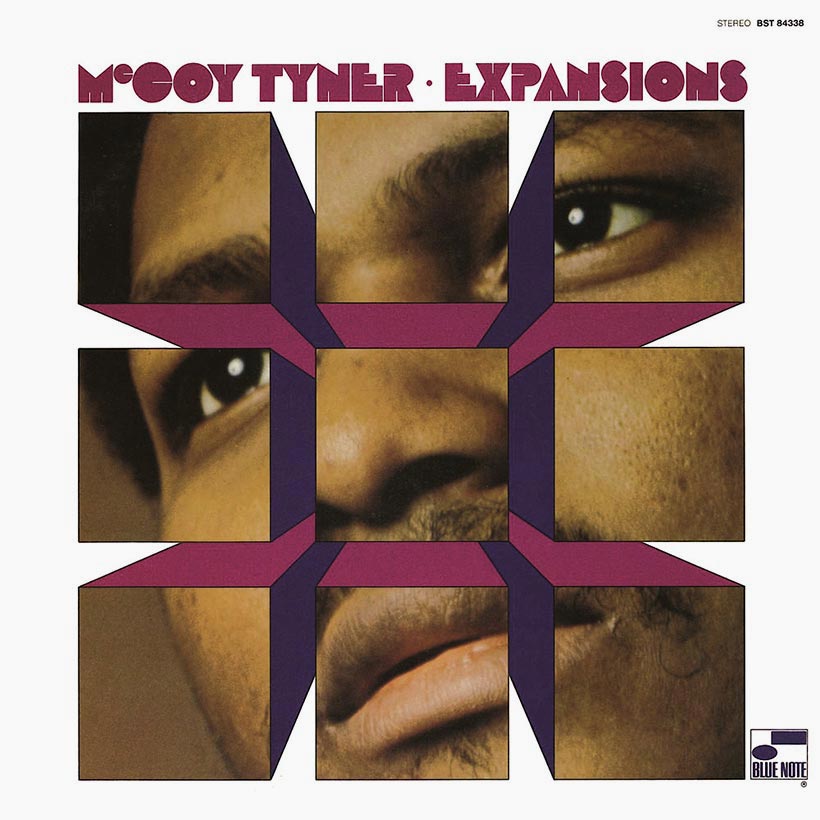 During Tyner’s stint with Trane, he helped galvanize the John Coltrane Quartet—which included drummer Elvin Jones and, successively, bassists Steve Davis, Reggie Workman, and Jimmy Garrison—as one of the most important small groups in the history of jazz. From 1960 into late 1965, he was at the piano for such landmark albums as My Favorite Things, Africa/Brass, Live! at the Village Vanguard, Olé Coltrane, Coltrane Plays the Blues, Ballads, John Coltrane and Johnny Hartman, Impressions, A Love Supreme, Ascension, Meditations, and more. In the years since, understanding of Tyner’s role in shaping the quartet’s sound has grown tremendously. In McCoy Tyner, Modal Jazz, and the Dominant Chord, referenced by Iverson, Finnish academic Sami Linna analyzed the pianist’s use of dominant-seventh chords and II–V progressions to achieve the modal sounds with which he and Coltrane have long been associated. But without going too deep into the weeds, we can let our ears can tells us most of what we need to know about Tyner’s often emulated but ultimately inimitable pianism.

Any Tyner collection should include many, perhaps most, of those he made with Coltrane. But a full appreciation of Tyner’s unique and significant contributions to the forward momentum of acoustic jazz requires dipping deeply into the 70 or so albums he recorded under his own name, starting with the 10 he cut as a leader in the 1960s. From 1962’s prescient debut, the trio LP Inception (with bassist Art David and drummer Jones), through other compelling releases on the Impulse! label, including McCoy Tyner Plays Ellington (with Garrison and Jones) and Today and Tomorrow, a diverse set with a front line of trumpeter Thad Jones and saxophonists Frank Strozier and John Gilmore, we get a robust portrait of the spectrum of Tyner’s blues, ballad, hard-bop, and modal playing. He made his Blue Note label debut in 1967 with The Real McCoy, with Ron Carter on bass, Elvin Jones on drums, and Joe Henderson on tenor. Showing the pianist taking his experience with Coltrane into his own realm, it is mandatory listening. 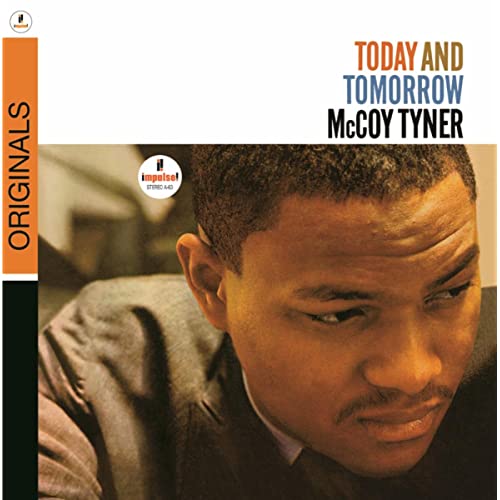 The progression of Tyner coming into his own accelerates in his work for the Milestone label in the 1970s. Pouring his already ferocious energy into a series of ever-morphing acoustic settings, Tyner brought a wide variety of musicians into his orbit, including saxophonists Azar Lawrence, Sonny Fortune, Gary Bartz, and Joe Ford, vibraphonist Bobby Hutcherson, drummers Billy Hart and Alphonse Mouzon, and percussionists Guilherme Franco and Mtume. He incorporated African, Latin, and Eastern idioms. He played koto, flute, and percussion on 1972’s Sahara, and harpsichord and celeste on 1975’s Trident. He recorded 1973’s Song of the New World with a big band, and 1976’s Fly Like the Wind with flutes, oboe, and an orchestral string section. For sheer “energy” music, the live small-group recordings Enlightenment (1973) and Atlantis (1974) set virtually unapproachable standards.

Tyner’s last three decades of recording may have plowed little new ground. But in contrast with the conservative traditionalism that emerged as the new mainstream, his work sounded probing and progressive. He played solo (1992’s Soliloquy and 2000’s Jazz Roots), in duos (1990’s One on One with Stéphane Grappelli and 1994’s Manhattan Moods with Bobby Hutcherson), trios, quartets, and quintets, led a powerful early 90s big band (The Turning Point and Journey), and tried new collaborations such as 1999’s McCoy Tyner and the Latin All-Stars (with Johnny Almendra, Ignacio Berroa, Giovanni Hidalgo, and others) and 2008’s Guitars (with Marc Ribot, John Scofield, Béla Fleck, Derek Trucks, and Bill Frisell). In every setting, the dense, relentless chording of Tyner’s left hand and the darting, staccato, melodic runs and ringing ostinatos from his mind-of-its-own right hand remind us that there was and ever will be only one real McCoy.