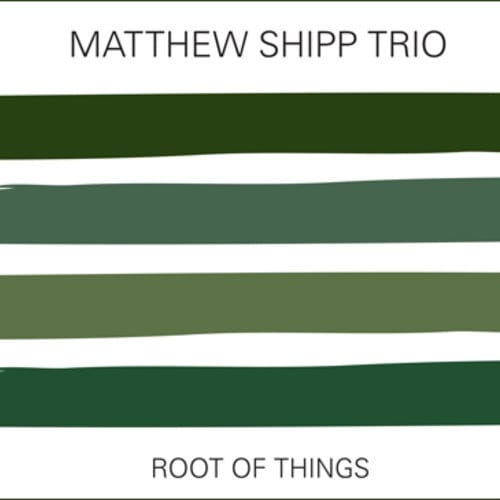 Earlier this year, the prolific jazz pianist Matthew Shipp announced his intention to cut back on his domestic releases, noting how difficult it has become to get independent-label recordings, especially those categorized as avant-garde, to receptive ears. It’s not as if we don’t have plenty of music from Shipp, who has issued around 50 albums as a leader or co-leader since 1987. And there’s a deep catalog of his collaborations with the late saxophonist David S. Ware, in whose group Shipp came to prominence, and recordings with Ivo Perelman, Roscoe Mitchell, and others. But Shipp is one of those musicians who infect music hounds with that financially (and storage-space-) taxing disease called “completism.” Keith Jarrett fans know what I’m talking about. Because my piano-jazz tastes skew leftward to include the likes of Cecil Taylor, Paul Bley, Marilyn Crispell, Myra Melford, Satoko Fujii, and Kris Davis, I am always waiting for my next Shipp to come in.

I have grown especially partial to the 53-year-old Delaware native’s solo piano recordings, of which there are eight (with another, I’ve Been to Many Places, due from Thirsty Ear in September), because they are such stark and concentrated distillations of his musical processes. But this trio recording, with Michael Bisio on bass and Whit Dickey on drums, became an instant favorite as soon as I heard the six-and-a-half-minute opening title track. “Root of Things” is gently jarring—the friendly face of the avant-garde—and sets a direction that the remaining five pieces explore, reshape, break from, and return to over the course of nearly 40 more minutes. The second track, “Jazz It,” opens with a classic walking bass line for a minute or so, with Shipp carefully placing ascending, descending, and mutating chords against Bisio’s steady pulse and Dickey’s tricky ticking. But then the runs and rhythms fragment, accelerate, and swirl, generating rip tides and undertows that pull you into a maelstrom that would be frightening if the essential feeling were not so assuredly empathetic and life affirming.

Bisio and Dickey each take extended solos to open the pieces “Path” and “Pulse Code,” respectively. Bisio’s arco technique brings cello-like expressiveness and more out of his bass for five-and-ahalf enthralling minutes; Dickey’s three minute polyrhythmic excursion across skins and cymbals leaves you wondering where the time went. Shipp plays alone for the first half of the nine-plus-minute closer, “Solid Circuit,” confirming his unaccompanied brilliance. But when the trio comes together as a roiling rhythm section, generating whitecaps on a furious (but not angry) sea, the many sources of Shipp’s encyclopedic musicality come into focus, albeit momentary, prismatic, and transmogrifying: impressionism, Cubism, romanticism, swing, chamber jazz, pointillism, all folding into a calming, unified exhalation at the close.

Root of Things can be experienced as a set of maps that lead you into, through, and out of the trio’s individual and collective imaginations. As with maps on your computer or smart phone, you can zoom in and obsess over the details—the intersections, the hairpin turns, the undergrowth—or pull back and appreciate the grander, flowing shapes of the terrain. In either case, the music is a landscape you may never want to leave.