On August 22nd, I attended one of four launch events for the “new” Motion Series at Audio Advice, just outside of Charlotte, NC. (The other three events were in Georgia, Arizona, and California.) Before we discuss event specifics, let’s look at the first-blush details of the new Motion Series (designated as “i”) speakers, all of which were on display.

The new Motion “i” range now reaches from a small bookshelf monitor at just under $800 per pair, to a larger floorstander priced just under $3200 per pair.

To a greater extent than most loudspeaker manufacturers, MartinLogan faces a challenge in maintaining a consistent family sound and story. As many TAS readers will know, the company is perhaps best known for its development of dipole electrostatic panel speakers. But this technology doesn’t scale well into the lower price points and more compact configurations that many customers are looking for. MartinLogan’s solution to the “how can we miniaturize the sound of an electrostatic panel” can be found in the Motion series’ Folded Motion Transducer. These are accordion-like thin films with bonded circuit traces that respond to a neodymium iron boron (NIB) magnetic field. Like an accordion, the sound is said to be “squeezed” by the folded diaphragm. Models designated with “XTi” have an even larger tweeter, claimed to have eight to ten times the surface area of traditional 1″ dome tweeters. These Folded Motion Transducers are unchanged from the previous Motion range. 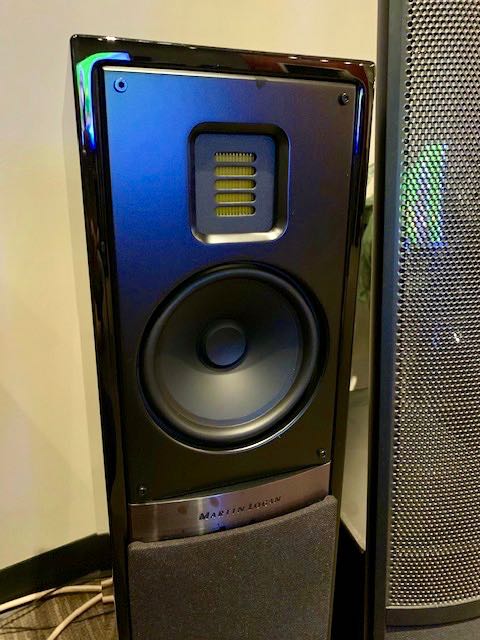 The more traditional “cone” woofers and midranges continue to be made from aluminum, but there are new (yes, really new!) concave dust caps, which are claimed to increase strength and rigidity and to reduce break-up modes. The midrange drivers feature a stiffened motor suspension for improved performance. As before, all drivers are acoustically tied together via Vojtko crossovers, just like MartinLogan’s electrostatic designs. The idea is that the big-brother Masterpiece and ElectroMotion stats’ quality sets the standards that inform the entry-level Motion’s design.

The only other performance change is some added structural cabinet-bracing in the largest 60XTi floorstander and XTi 50 center channel. MartinLogan has clearly concluded that it doesn’t want to fundamentally change what it believes is a good thing.

The “i” Series look, however, has been updated, and it’s an impressive (if not radical) improvement. Available in three finishes—Matte White, Red Walnut, and Gloss Black—the cabinets are surprisingly well executed, and the new, lighter-weight, fabric-wrapped grilles are segmented to reveal an elegant, slim silver bar with MartinLogan badging. The new “i” Series looks less industrial than the outgoing Motion lineup, and I think it should do well in the “I think those look nice, honey” sweepstakes. 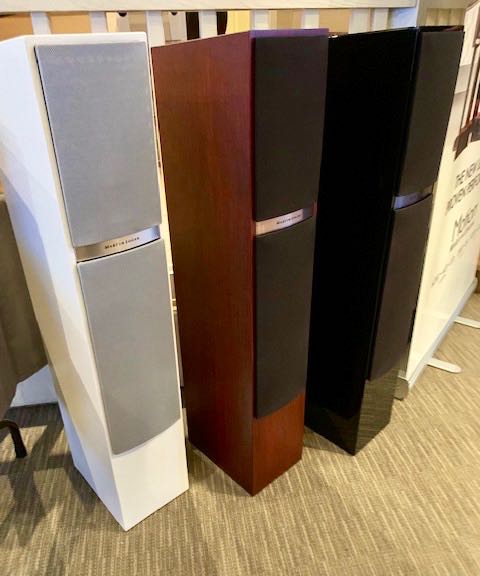 In business since 1978, Audio Advice was a great host for the release. This was its Charlotte, NC, store (there is another in Raleigh). I like an event where you walk in the door and know what it’s about. MartinLogan was clearly the focus, as it should have been, and Audio Advice did a good job of transforming the store to represent the brand. Of course, you can’t control the weather, and spectacular thunder/lightning storms with accompanying downpours served to keep some visitors away, even though over fifty souls did brave the elements and attend. 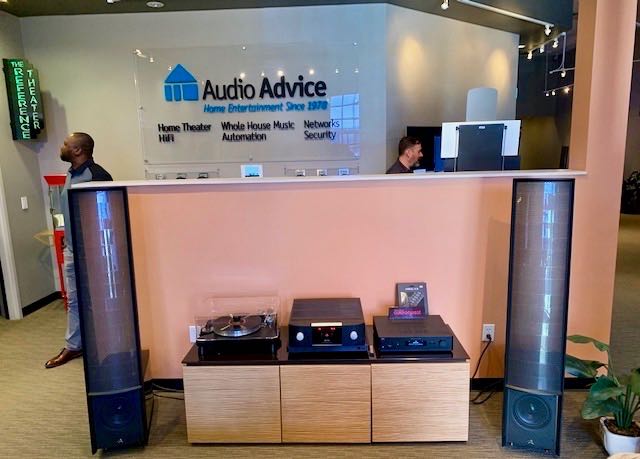 Fortunately, today’s market is much wider in reach than those who can physically attend an event. MartinLogan had a live stream on Facebook, which had just under 1000 views when I checked the morning after. If a brand wishes to be a part of the relentless scroll of the new and noteworthy on social media screens around the world, it needs to feed that machine. New product releases with events and the associated media are requirements for survival and success—not optional choices, no matter how great you think your products are.

I had brief auditions of the 20i and 60XTi floorstanding loudspeakers, as well as a small theater setup built around the 50 XTi monitors. Events like these are not conducive to critical evaluations (write that on a chalkboard 100 times for emphasis, please), but I can say that there is a recognizable family characteristic. I’d call it approachable. The balance is (and I think I’m borrowing this from our own Jonathan Valin) certainly “bottom up”—full, not bright, and forgiving. The Motion series is, in my opinion, best considered as a product line unto itself, rather than as a miniaturized electrostatic. The MartinLogan electrostats (both full-range and hybrids) have exceedingly high sonic ceilings, but require more care in setup and system component selection. The Motion (now “i”) line-up has an understandably lower ceiling (completely different price point, of course), but would be very hard to drag out of its comfort zone. That is, its floor is much closer to its ceiling. They are not revealing to a fault, if that’s what you expect with a thin-film tweeter mated to aluminum-coned drivers. If you’re into golf, think game-improvement, not butter-thin player’s iron. 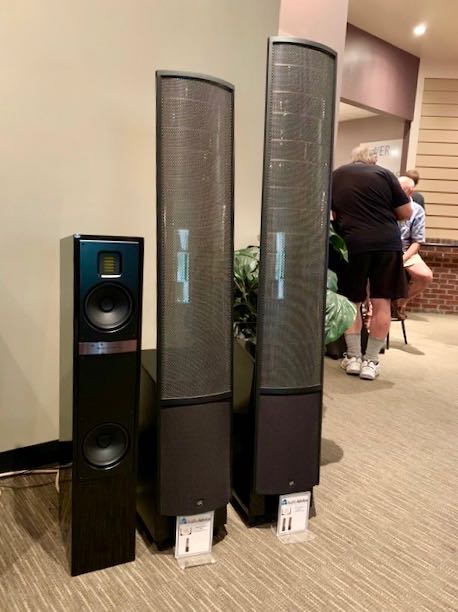 And that’s my takeaway for the “new” MartinLogan Motion series. It’s a line for many listeners to affordably improve their home-audio game. For most buyers, it will be their first exposure to the MartinLogan brand. That’s significant for me as an industry “insider,” and it should be of some importance for you the reader, since it relates directly to the future health of the specialty audio industry as a whole. We need established, capable audio companies to be fighting on the front lines. In simple terms, it means that when Mr. and Mrs. Consumer go to their local Best Buy to get a toaster or a Fitbit, they might wander into the home-audio section and experience a real taste of what we already love so much. So, good on MartinLogan for keeping things fresh and fighting that fight. 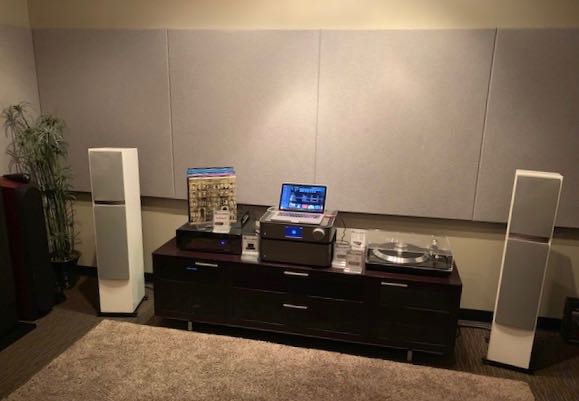 Let’s just start with a confession of sorts. I enjoyed listening to the combined talents of Roger Whittaker, Nana Mouskouri, The Irish Rovers, Zamfir, and Chuck Mangione with my family as a youth (Allan winces).

The following is a press release issued by Bowers & […]

The New Series of Power Distributors – The Ansuz Mainz8 Generation 3

The following is a press release issued by Ansuz. January […]

Although Jeff Beck was 78 years old when he passed […]

The following is a press release issued by Bryston. Hi […]