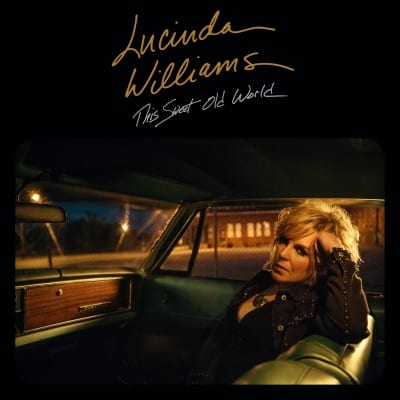 Twenty-five years ago, Lucinda Williams recorded Sweet Old World, a much-beleaguered album that was four years in the making as the Americana pioneer bounced around different record labels before its release. The recording was later hailed as a strong comeback and earned its share of applause—Rolling Stone included the title track, a tender paean to a suicide victim, on its list of The 40 Saddest Country Songs of All Time. But Williams wasn’t happy with the results. On This Sweet Old World she revisits that 1992 album. The songs have been re-arranged, some have gotten new lyrics, and “He Never Got Enough Love,” drawn from a newspaper account of a kid who killed in cold blood, has even gotten the new title “Drivin’ Down a Dead-End Street.” Gone is the bright 80s sheen. The title track is transformed from a pop ballad that masks the dark subject matter to a deep, blue lament. While Sweet Old World featured mid-tempo Tex-Mex rhythms and lyrical fiddle solos, the 25th anniversary edition falls under the spell of this 64-year-old Louisiana-born singer and songwriter’s craggy, world-weary vocals acquired during a quarter century of trials and tribulations.