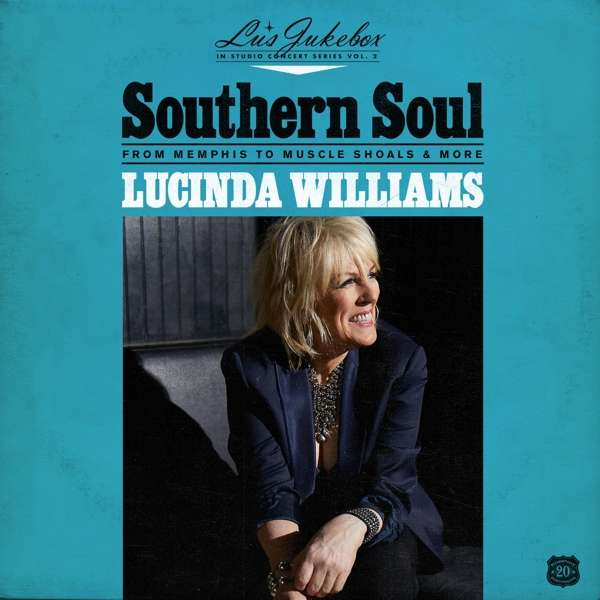 During the Covid-19 lockdown, blues-rock songstress Lucinda William presented a series of six streaming studio concerts that are being released as Lu’s Jukebox Series. The concerts, 76 songs in all, were recorded in October and December of 2020. On Vol. 2, Williams lends her Louisiana drawl to 10 of her favorite Southern soul hits and performs one original (“Still I Long for Your Kiss”)—the album is nicely packaged in a gatefold sleeve. These heartfelt recordings include Joe South’s “Games People Play,” Ann Peebles’ “I Can’t Stand the Rain,” Bobbie Gentry’s “Ode to Billie Joe,” Brook Benton’s “Rainy Night in Georgia,” O.C. Smith’s “Main Street Mission,” and Dorothy Moore’s “Misty Blue.” Williams’ vocals are laid back, as she languishes on the lyrics of some of the greatest songs in the 60s-soul canon. But she finally unleashes guitarists Stuart Mathis and Joshua Grange for a blistering, show-stopping cover of Al Green’s “Take Me to the River.” This is essential stuff for fans of the legendary Southern soul that flowed out of Tennessee and Alabama. Other albums in the series include impressive tributes to Tom Petty, Bob Dylan, the Rolling Stones, 60s country, and rockin’ Christmas songs.

In the absence of available and affordable copies, this 1966 […]

WeFreeStrings: Love in the Form of Sacred Outrage

A woodwind line ascends in fourths and lands on pillowy […]