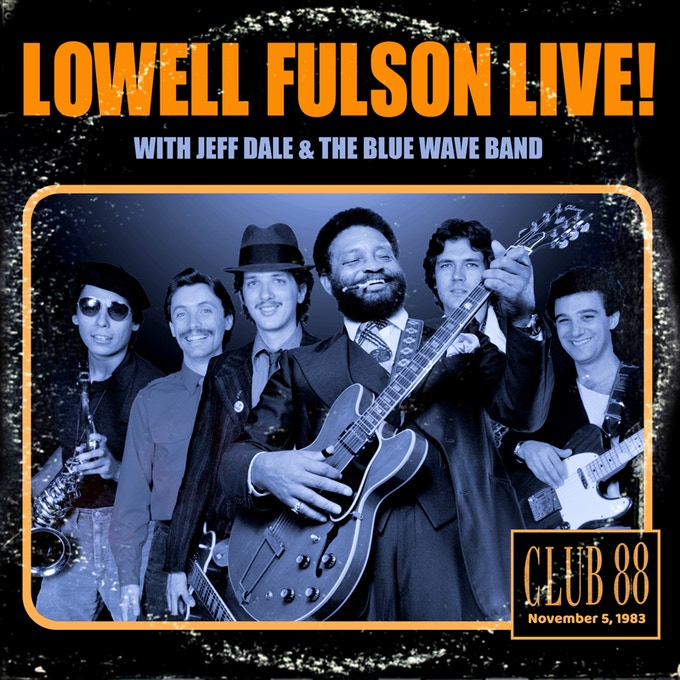 When they calculate the short list of good things the pandemic gave us, one entry should be Lowell Fulson Live! With his gigs all cancelled, veteran bluesman Jeff Dale combed through his decades of archived recordings and found this long-forgotten gem preserving a set Dale and his Blue Wave Band played in support of West Coast blues giant Lowell Fulson on November 5, 1983. Sixty-two years old at the time, Fulson was in rare form that night in assaying a set of mostly familiar tunes while backed with empathetic, soulful support from Dale and company, whose members included Marshall Crayton Jr., grandson of Pee Wee Crayton. Crayton’s presence pays off in grand fashion at several turns, but most memorably on a Fulson classic, “Too Many Drivers,” when a blistering sax solo bobs and weaves around the melody line before soaring momentarily into a piercing upper-register wail that sets the stage for Fulson’s equally searing guitar retort—whew! Recorded live to four-track, the hollow, reverb-y 80s sonics cannot dim Fulson’s passionate pleading in “Reconsider Baby,” his palpable hurt in “Blues Pain” or the frisky naughtiness animating Chick Willis’s “Stoop Down Baby.” Whew! Indeed.

Taking a Break from Musical Solitaire