Say hello to the latest member of the ZOTL amplifier family. The ZOTL designation describes amplifiers that use David Berning’s patented tube output stage that doesn’t require an audio output transformer. The new 20Wpc ZOTL Ultralinear (UL) amplifier reviewed here expands Linear Tube Audio’s (LTA) portfolio of David Berning designs yet again. Kudos are due to LTA’s Mark Schneider for that. It also marks David Berning’s resumption of his “love affair” with TV sweep tubes that was interrupted by the EL34-based ZOTL 40 that I reviewed in Issue 273. Berning’s embrace of Compactron TV beam pentodes goes way back to the early 1980s. Some of you will recall the EA-230 amplifier, a screen-drive design based on the 6JN6, a tube that aside from heater characteristics is identical to the 17JN6 used in the UL amplifier. One of the attractions of the Compactron beam pentode is cost. They’re available today as new old stock (NOS) for as low $3 a pop. The reason for the low cost is that they were mass-produced in the early 1960 for use in horizontal-deflection amplifiers of early color TVs. With the advent of reliable power transistors in the late 1960s demand for Compactrons faded leaving thousands stranded in warehouses.

As Berning has made clear, high plate voltage, on the order of 1000V is a desirable for screen-drive designs since a high plate voltage facilitates increased power output and efficiency. The first high-power ZOTL amp released circa 1996, the ZH270, was configured for screen drive, but the Ultralinear amp reviewed here is driven conventionally via the control grid. The question that quickly comes to mind is why use a sweep tube in a UL connection? Traditional UL operation is achieved by connecting the power tube’s screen grid to an intermediate tap of the output transformer’s primary winding. When the tap point is at about 40%, the overall effect is to linearize the tube characteristic curves thereby reducing distortion products. The UL amplifier breaks new ground in emulating a traditional UL output connection in a ZOTL setting. It turns out that the decision to use a TV sweep tube in such a setting wasn’t random at all. In fact, standard audio power tubes will not work well in a UL-connected ZOTL circuit.

The UL amp is quite similar to the ZOTL 40. The power supply is pretty much identical, and with the exception of the ultralinear connection there’s not much difference in the audio circuity either. A 12AX7-based input- voltage gain stage is followed by a 12AU7 phase splitter that is directly coupled to the control grids of the 17JN6 TV sweep tubes operating in push-pull configuration. All of the tubes are auto biased so there should be no worries about matching tubes. I should mention that the new casework, designed by Fern and Roby Audio, is a marked improvement over the old-style boxy looks of the ZOTL 40. The front and rear panels are now milled from slabs of aluminum, and feature Cardas RCA jacks, WBT copper binding posts, a front-panel industrial toggle-type power switch, and a stereo/mono switch. 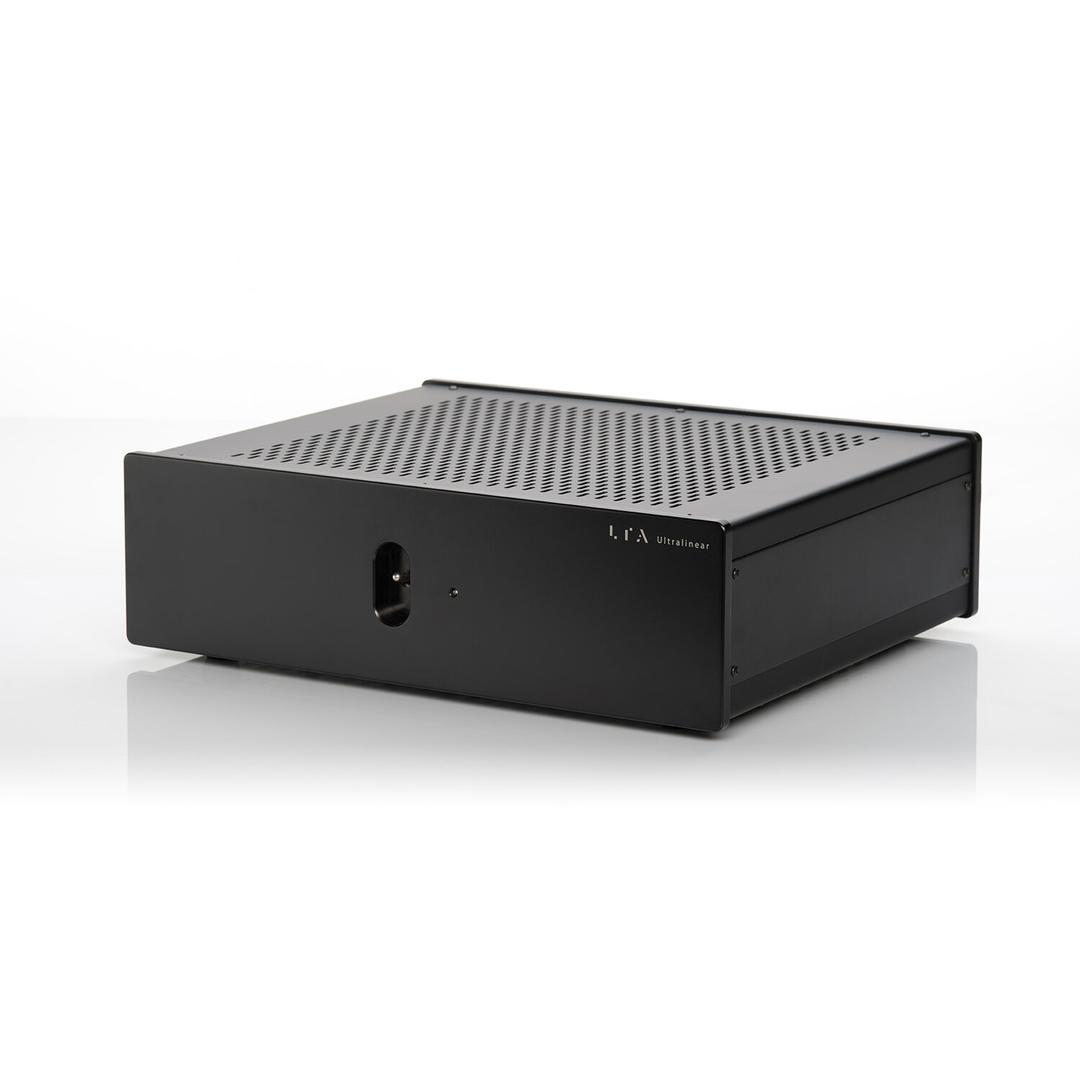 Since I’m lucky enough to own a Berning EA-230 amp, recently upgraded to auto bias operation by Berning himself, it seemed interesting to start off with a shootout of sorts between the old and new guard. And to make it even more interesting, I included the ZOTL 40 amp in the mix. The catch was the speaker load: the QUAD ESL-57, not an easy load but a fair one for these low-power tube amps. The musical fare was mainly violin concertos, including the Bach violin concertos (Perlman-Zukerman, EMI Classics). It turned out that the coupling of the QUAD with the EA-230 was a match made in heaven that generated enough tonal sweetness to satisfy even the most jaded audiophiles. It was also the most dynamic with the most solid bass lines in this trio of Berning designs. The UL proved to be most problematic at this early stage. It dialed back the violin’s upper register sheen and struggled to create a convincing soundstage.

It was time to switch over to my Basszilla DIY high-sensitivity loudspeaker. And slowly, over a period of days, the UL amp continued to improve. It seemed to take forever to fully break-in, so I decided to let it continue to cook for over a week before resuming critical listening. Patience was finally rewarded and I began to appreciate, or should I say enjoy, its virtues. This is an incredibly detailed amp. I mean detailed in a good way, without sounding analytical in the process. Its ability to unravel complex passages resulted in a supreme sense of spatial clarity. This was a function of preserving transient decay into an exceptionally low noise floor. Hall ambience became easy to resolve, which nicely fleshed out depth perspective.

The UL amp beat out the ZOTL 40 when it came to bass definition, which would be expected from a UL vs. pentode output stage, even though on paper their respective damping factors are similar. The UL amp sounded distinctly less tube-like than its pentode sibling, a finding that can’t simply be explained by total harmonic distortion (THD) measurements. Theoretically, UL should be more linear than the pentode connection, but the ZOTL 40 also uses more global feedback, which acts to reduce THD. My guess is that the UL amp’s distortion spectrum contains less second-order harmonic distortion. In any case, the end result is a leaner and less liquid sonic character that eventually made me miss the sumptuous textures of the ZOTL 40. It occurred to me that the UL had more in common with the First Watt SIT-3, my favorite low-power, push-pull, solid-state amp, than it did with the ZOTL 40. It made sense to undertake another comparative listening test. The results confirmed strong similarities with the SIT-3 in detail resolution and harmonic textures, though the UL was more dimensional, especially with respect to soundstage depth.

It’s important to note that up to this time in the review process I had been using the LTA microZOTL reference preamplifier. While objectively a great-sounding preamp, it lacked the textural richness to fully flesh out the UL amp’s tonal colors. It was a great choice for the ZOTL 40 but in the context of the UL it failed to provide the fat richness of tone, if you will, to satisfy my tube-sound sensibility. You may, of course, feel differently, but it’s something I happen to crave. This is a clean and tonally neutral sounding amp, which is quite revealing of changes in front end components. It therefore made a lot of sense to experiment with matching preamps with the idea of nudging the UL toward textural lushness.

Enter the PrimaLuna Evo 400. It uses a pair of 5AR4 tube rectifiers, which give it a more classical tube sound. Pairing the UL with a texturally rich and slightly fat preamp turned out to be a transformative experience—a synergy that once heard was impossible to forget. I’m being careful to describe the exact system context in which the UL amp thrived because simply dropping an amp into an existing system is too random a process. Ultimately, it requires some experimentation as well as careful system matching to determine an amplifier’s full sonic potential.

Dialed in just so, I could now have my cake and eat it too: sound with a touch of harmonic lushness but without loss of clarity. The presentation was still a good distance away from being overtly euphonic. And in contrast with vintage tube amps, and I’m thinking here specifically of the Dynaco ST-70, the UL amp did not sound overly liquid or homogenize image outlines. Soundstage transparency was commendable as was layering of the depth perspective. Without even a hint of veiling, it was possible to readily localize individual image outlines within the confines of the soundstage. And despite its lower power output, the UL sounded every bit as dynamic as the ZOTL 40. It had no difficulty shifting through all the gears, revving up from soft to loud without a hint of compression. Female voice was treated with tender loving care, bringing to life plenty of microdynamic nuances. Upper registers were smooth and grain-free, presenting no impediment to long-term listening enjoyment. 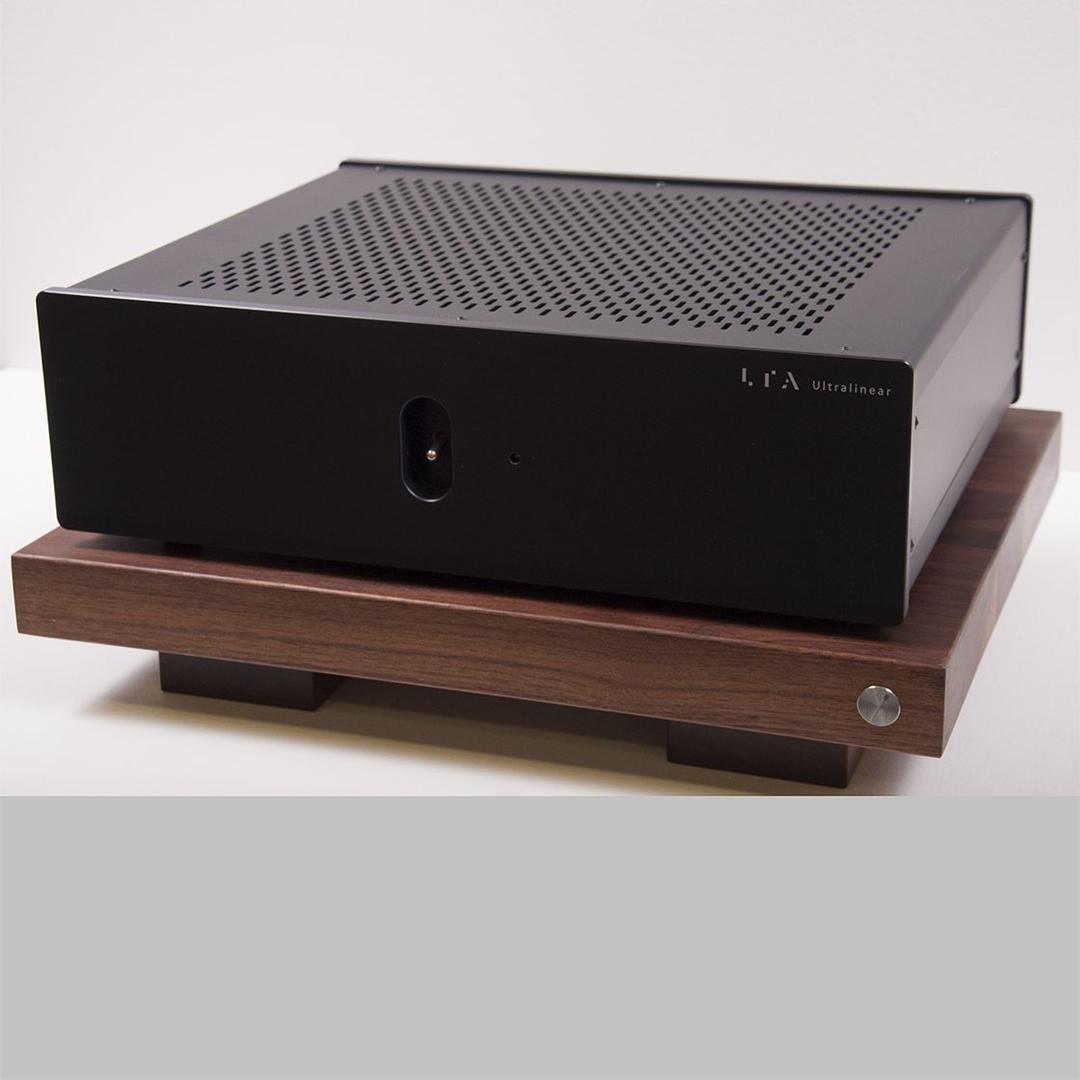 Berning’s ZH270 amplifier was probably his most popular, having stayed in production for 12 years, and according to David it was also his favorite amp, not necessarily because it was the best sounding, but because of its size, reliability, and flexibility. It’s been many many years since I’ve auditioned the ZH270, but if I can still trust my sonic memory banks, I am surprised at how much the UL and ZH270 have in common. Both share transient speed and control beyond the capabilities of ordinary tube amps. Other common denominators are electrostatic-like midrange clarity which allows for resolution of densely layered orchestration and plenty of low-level detail.

It’s fair to say that the ZOTL Ultralinear amplifier is a smashing sonic success. It isn’t the most powerful, but in sheer sound quality it is in my estimation the best low-power, push-pull ZOTL power amp Berning has designed to date. And as long as you understand the major caveat about matching it to a compatible preamp, it will more than satisfy even the most demanding of audiophiles.

Bryston Introduces the 4B Trade-Up Program