“Separate power supplies for our top preamplifiers has always been featured by Krell,” Bill McKiegan, president of Krell Industries, said. “Now we’ve created a pair of preamplifiers for all audiophiles supporting the new esthetic established by the Foundation preamp processor and our new iBias amplifiers.”

An optional crossover function offers the ability to use a subwoofer/satellite speaker arrangement and still maintain the highest quality sonic performance. Previous to the Illusion preamplifier, this system configuration would require signals to pass through a subwoofer’s lower quality crossover circuitry. The Illusion preamplifier is the centerpiece of a world-class audio system where space is at a premium.

Circuitry Highlights
The Illusion preamplifier is a dual monaural circuit design with the left and right channels afforded by their own power supply regulation and individual full chassis sized boards. All signal gain is realized in surface mount topology using proprietary multiple-output current mirrors with nearly 500 times the open loop linearity of other designs. 1.5 MHz open loop circuit bandwidth in a zero feedback, balanced, Krell Current Mode design terminates in Krell CAST. A complete Krell system (source, preamp, and amplifier) system, connected using CAST interconnects reduces the number of voltage gain stages to the minimum, one. The resulting noise floor approaches the theoretical limit of technology. Negative feedback is not used anywhere in the preamp, nor is it necessary. Open-loop distortion is typically less than 0.003%. The volume control is realized with a balanced resistor ladder – bandwidth and transient response of the preamp circuitry are virtually unaffected by the volume setting. 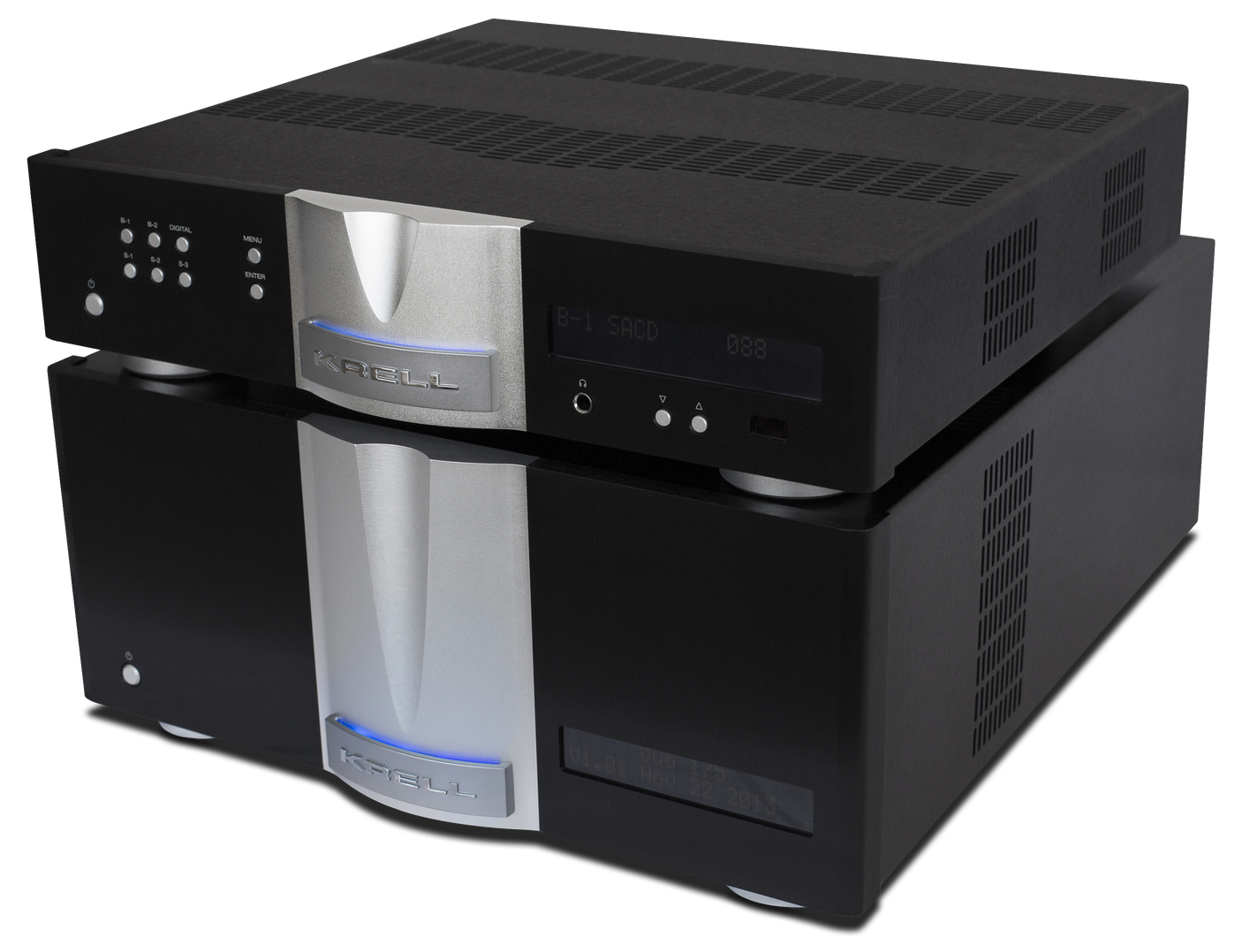 Power Supply Highlights
The Illusion audio circuits receive power from a Krell Current Mode analog power supply housed in its own dedicated chassis. The power supply avoids the common integrated circuit topology used in many preamplifiers and instead mimics the design topology of Krell Evolution Series amplifiers. The circuitry is completely discrete giving it the ability to respond quickly to current demands and also be unaffected by all but the most severe AC voltage power fluctuations. Oversized for a preamplifier, the power supply features a 290 VA transformer and 41,600µF of capacitance. Locating the power supply in its own chassis presents the ideal configuration for isolating stray electrical and magnetic interference from the critical preamplifier signal path.   Capable of delivering current and voltage swing for any musical event, the Illusion power supply is gentle on AC requirements when not in use. A new eco-friendly design reduces standby power draw to 2W.

The Illusion II – Welcomes Digital Sources
The Illusion II is the perfect centerpiece for a world-class digital and analog audio system. Added to the normal selection of balanced and single-ended inputs are five digital inputs. The digital module features AES/EBU, coaxial, and optical digital inputs for use with streaming devices or other digital sources.

Digital Module Highlights
The digital module supports up to 24 bit/192kHz LPCM. All digital signals are fed to an ESS Sabre DAC and then sent to Krell’s Current Mode, discrete, balanced analog circuitry.

Illusion II Power Supply Highlights
Oversized for a preamplifier, the power supply features a 95 VA transformer and 40,000 µF of capacitance giving it the ability to respond quickly to musical demands. The large power supply improves noise rejection and renders the Illusion II impervious to all but the most severe AC voltage power fluctuations. A new eco-friendly standby mode reduces power consumption to 2W.

Pricing and Availability
The Illusion Preamplifiers will ship later this month. Here are the prices:

About Krell Industries
Founded in 1980, Krell Industries is the world’s premier manufacturer of high performance audio and video equipment. Its amplifiers, preamplifiers, surround-sound processors, stream players and loudspeakers have won acclaim in countless reviews and among audiophiles worldwide. For more information, please visit www.krellonline.com or call 203-298-4020.

A New Partnership in High-Resolution Music

The following is a press release issued by Moon Audio. […]

The following is a press release issued by ELAC. Orange, […]