Julie London: Julie Is Her Name

Julie Is Her Name 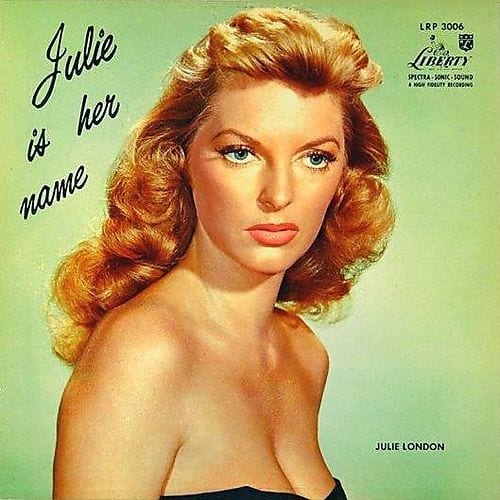 She had the twin gifts of naturalness and perfection. She could sing as Eve might have in the Garden of Eden: no artifice, no professional tricks, no mannerisms, the voice every woman would have in a perfect world, the ultimate in art concealing art. And her control of intonation has been seldom equaled, in either popular or classical realms: it was perfection itself.

Her singing was intrinsically intimate: she sang close to the microphone (Telefunken here), seldom at full voice. Her approach was understatement, the songs as pure music with minimal rhetoric. For those who appreciate the style, I most definitely among them, she is the one and only, the incomparable, the unforgettable.

This is a two-record 45rpm reissue of her first (mono) LP (it was on Liberty), which included her career-defining hit (3 million sold in 1956!) “Cry me a River.” Boxstar’s reissues are superbly made, with extremely quiet surfaces (Paul Seydor adds his bravo for this) and the freedom from distortion that make well-cut 45rpm discs supreme over 33 1/3—as close to the sound of the original tape as imaginable. This is Julie London as you always wished you could hear her, in truly beautiful sound. Don’t miss it.