Josh Berman Trio: A Dance and a Hop

A Dance and a Hop 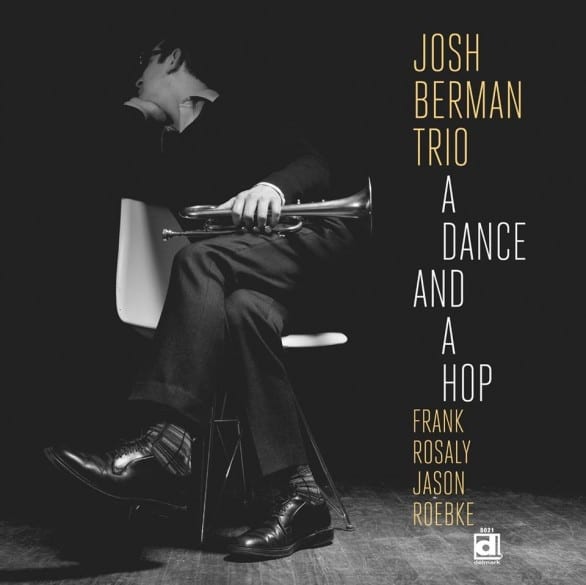 In cornetist Josh Berman, a key figure in Chicago’s fertile free improv scene of the early 21st century, one hears the playful irreverence of a Lester Bowie (“Blues,” “Today’s Date”) and the divine hipness of a Don Cherry (“Hang Ups,” “Time/ Trouble”). On occasion, he may even have one foot planted firmly in the old school, a la Ruby Braff (“That’s Now,” “Today’s Date”). One can also think of Berman as the Chi-town counterpart to New York’s cornet newcomer Kirk Knuffke or Denver’s resident cornet marvel Ron Miles, who established himself through his work with guitarist Bill Frisell. A bold improviser with a voluptuous sound, Berman is undeterred in his daring explorations on his third outing as a leader. He is joined on this interactive trio session by like-minded renegades Frank Rosaly on drums and Jason Roebke on upright bass. Together they make puckish dance partners on tunes like the jaunty “Your Uncle” and the hesitation strut, “Mint” (both underscored by Rosaly’s painterly touch with brushes and cymbals). And together they negotiate the age-old swing-blues feel with earthy delight on “Bridges.” Their collective improv chemistry is further showcased on the sublime “Wooden” and the quirky closer, “Cold Snap.” A fresh breeze from the Windy City.